Graphics have never been my force, so i decided to close this gap. After learning the basics of Inkscape and SVG, i'm trying to give more "reality" to my drawings. I have a circle which i want to make appear as a realistic sphere. After following this tutorial and playing with gradients and blurs, this was the result: 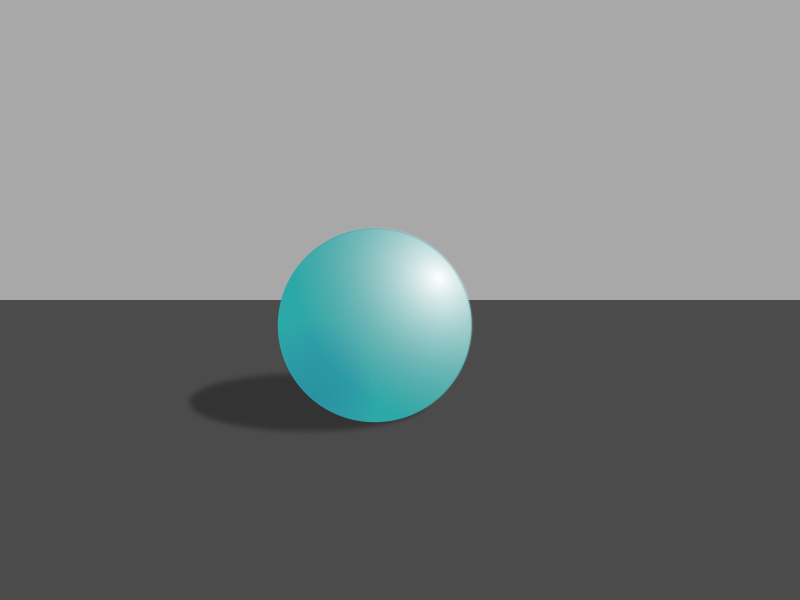 What i want is mainly a polished surface, or even if the matter has the same consistency as it is, at least an improved border. How to do it? Thank you.

Method 1 works only for flat colors, no high brightness nor high saturation. Method 2 works for larger color range, but it's complex and suffers from not-so-well implemented Inkscape's layer blending modes.

Polished surfaces with glossy reflections are out of the scope of this answer.

Method 1: Draw a grey background, set the luminosity near 128 to have room foor light and shadows. Draw a circle (no matter what color and make an identical copy of it by Ctrl + D, drag the copy aside. 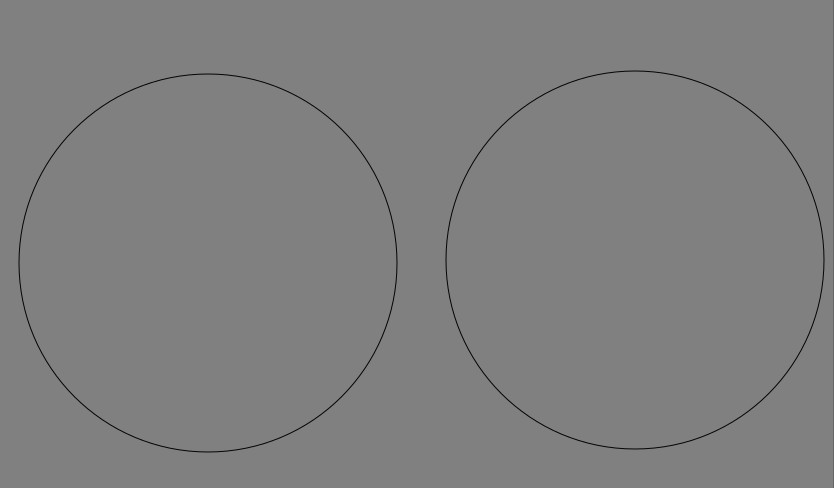 Drag the stop markers until the grey sphere has the wanted appearance. The image below has a good gradient for sideways light:

To move the light source a little behind the watcher

It's done in the next image.

Select the other circle. remove the stroke, give a solid (no transparency) fill color. Avoid full saturation and extreme brightness or darkness. Plausible results need a little flat color: 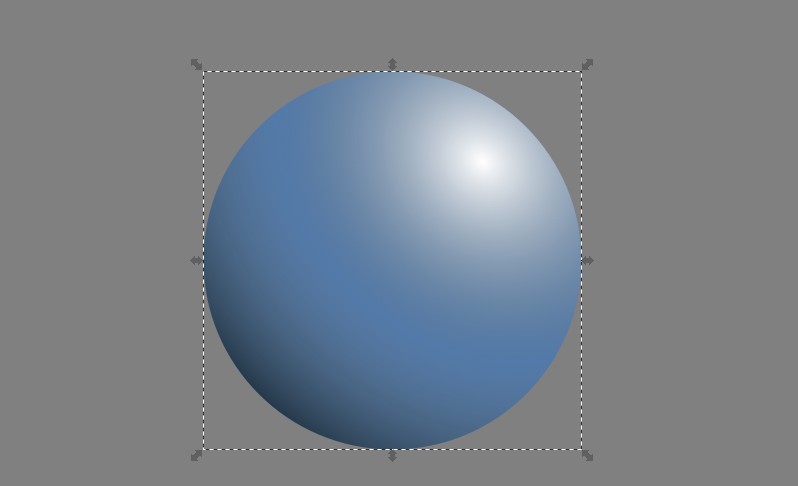 NOTE: You can make several spheres with different colors simply by copying and changing the color of the underlying circle.

Add the cast shadow. It's a black or grey ellipse. Filter > Blur > Feather gives to it a hint of ambient light. By alpha you can control the visibility of the background - needed if it's not grey. Be consistent with the directions. Resize and move the shadow carefully when compared to the position of the highlight. 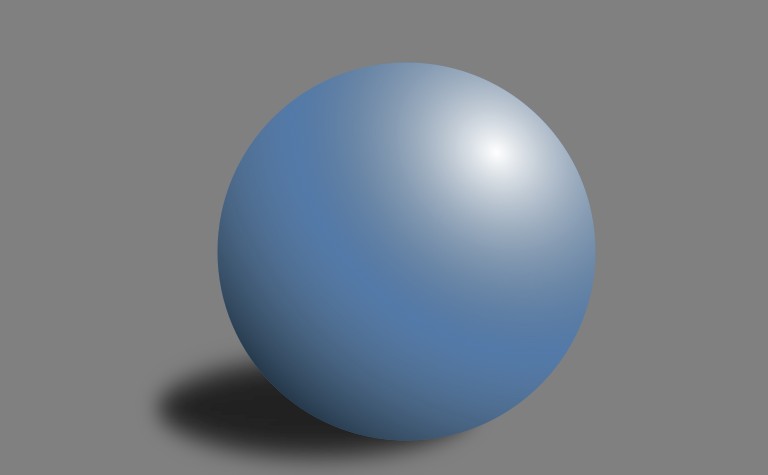 There's still plenty of room to play for different appearances. Here the light is made dimmer by reducing the opacity of the outer stops. The look of neutral band is made narrower by adding opacity to the mid stops. The color saturation is increased. The grey overlay is shifted a little to reveal the underlying color: 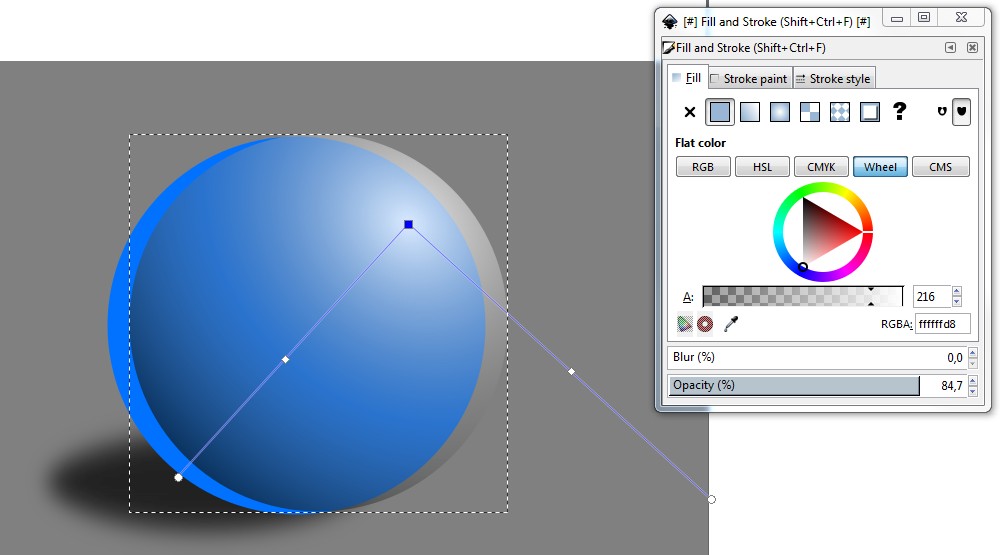 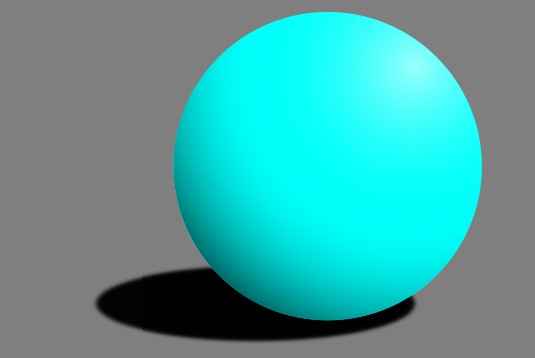 Start fom setting the background color.Goto File > Document properties. Set here the color you want. You can also select transparent background (=Checkerboard) for PNG exports. I took 50% neutral grey. The background can also be set up as a drawed rectangle, but you will clash with a bug or property in Inkscape. The same clash occurs when you add the cast shadow. Fortunately it can be worked around, as we see when we add the shadow.

Open the layers panel by clicking its icon. By default you have one layer. Rename it to "Base". Be sure it has 100% opacity and blending mode = normal.

Add a new layer "Shading" onto the base layer. Set the opacity = 100%, blending mode = Hard light.

Goto the Base layer. Draw a circle. No stroke, a solid fill of your wanted sphere color (=cyan). Copy the circle to the clipboard.

Goto the Shading layer. Paste the circle there. For difference change the color (=blue).

NOTE: By locking layer Shading you can select Color despite its position under Shade. Now there's no need to acces Color.

Select Shade and give to it radial 3 stop gradient fill as in Method 1. All stops are greyshades. The center stop is full white, the mid stop is 50% grey, but its opacity is 0 % and the edge stop is full black. Fiddle the stop positions and the arms for the wanted appearance:

NOTE: You get easily some visible banding. It comes from limited underhood math resolution. It's not at all easy to find a combination that produces smooth gradients and is near enough the wanted one.

Add the cast shadow to Base layer. Let it be at first dark grey or full black with 100% opacity and no blur (remember to lower it to bottom, too):

If we blur the cast shadow for illusion of ambient light, we clash with a bug or property. The same happens if we simply reduce the opacity:

The "Shade" circle has a large ghost rectangle which is normally invisible, but affects to the blending. Our shadow is distorted.

Fortunately the unwanted effect disappears, if we draw something onto the Shading layer and then delete it (Ctrl+z). The additional temporay drawing must horizontally cover the problematic area. See an example:

The distortion returns if we select our cast shadow and adjust its blur or opacity. This is annoying, but tolerable because the additional drawing does its work as long as it exists, no need to draw a new one continuously.

ADDENDUM: This guy has a lot of to say about using photos as surface textures. 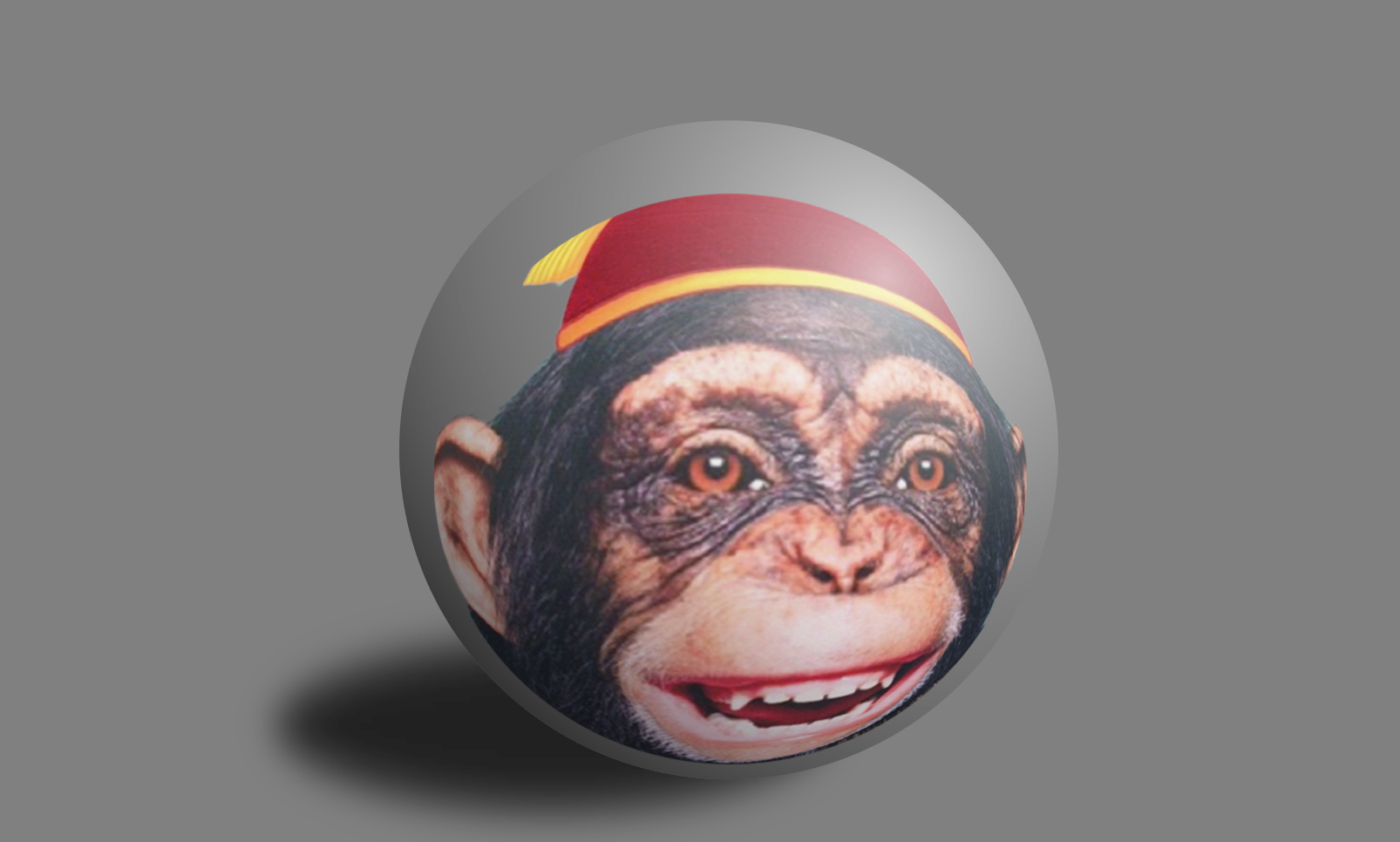 He told that you can use method 2. You must import an already spherically distorted photo as PNG with transparent background. Then you use it as the color.

In my opinion, you have some problems.

You are not wrapping the lower end in a shadow.

This is how the gradient looks: 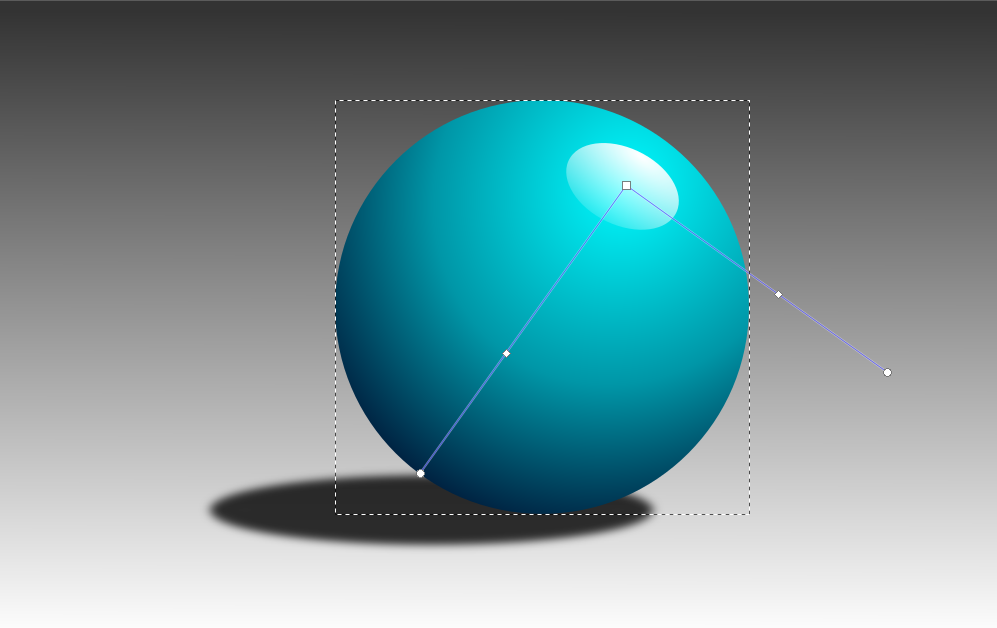 I added a glossy reflection, it is just a white ellipse with a transparent gradient. It could be a curved rectangle or any shape. This shape corresponds to the shape of the reflected light source. Take a look at this two posts regarding the materials:

The height of this shadow gives the illusion of camera position regarding the floor.

The biggest thing I see is the lack of a shadow on the sphere, realistically your shadow does not match the strength of its highlight. your gradient goes from a white > skyblue (or whichever). If you can adjust the gradient do white > skyblue > really dark blue (like almost black blue), it might help. Remeber, the stronger the light, the stronger the shadow. As if its 12 noon and not a cloud in the sky, the shadows are darker and crisper, if a cloud is blocking the light the objects become more dull (grayish), and so the shadows lighten up as well.

Another area is the edge of the sphere, its too sharp so it does not blend in with the background. if you have a blur tool, blur the edges. The way the cast-shadow edges are blurred.

Extra realism: to really make it feel real, get some textures online and overlay them on your object, like metal texture, etc.

Here's a little sample I did in photoshop trying to fix that.

13
Prototype Visualization: How can I learn to render glass convincingly?
12
How can I make a shape look like it is made of glass?
7
How can I make the color white look as white as possible?
1
Trying to design a 3D sheet in inkscape
2
How to create a shadow looking sphere and a glass looking spheres?
0
What aspects of this scene can be changed to improve it?
1
Creating a transparent sphere for highlight, shadow
1
How to paint this bottle glossy?
1
How to choose the right color shades/tints for branding? - Part 2
1
How to get a color scale representing reflected light
See more linked questions

4
Inkscape: Joined pentagon and hexagon with fixed edge length
2
Ronchi Rules or graduated and varied strokes in illustrator or Inkscape
0
Inkscape and logo with transparent text?
1
How was this wispy and 3D vector made in Inkscape?
1
Merge and delete the nodes from overlapping shapes in Inkscape
1
Move circle and connecting points in Inkscape (manipulate graph plot)
0
Flat edges in Inkscape
0
Ungrouping and moving groups in InkScape seems to cause anomalies
1
Joining Shapes and fill - Inkscape
1
Inkscape custom pattern - scaling and adjusting issue (or bug)?