Software to take precise measurements from a picture

I'd like to take precise measurements of a mechanical part. I have taken a picture of the part and I was wondering if there's a software able to help me in taking different measurements of the same part. Basically, I'd like something that, after a "calibration" step where I provide a known measurement of a given detail, is able to derive the rest of the part details' sizes.

I could do it just using a caliper, but if I need to take many measurements, the process becomes really time consuming.

software-recommendation measurement
Share
Improve this question
edited May 18 '17 at 17:33

The picture would need to be perfectly orthogonal to remove perspective, differences of sizes due to distance, lens aberration, etc.

It would be almost impossible, but if the image is taken properly (Using a very long focal length and using a high enough resolution image) it could give approximate measures. Then use any vector based program that can have a raster image on top and build from that. (Only linear measures, not curved surfaces)

There are some programs to make an approximate 3D model if you have a strong perspective, for example, a house. (Sketchup has a mode to trace the approximated vanishing points and build from that)

But, no. The only way to take real measures would be a laser 3D scanner or another 3d or cloud point scanning method, but they use different images to triangulate. Not just one image.

A camera produces an image that loses any scale information. That is because the projection is flat (or spherical, depending on the lens geometry). Objects at different distances appear sized differently. Likewise certain objects can appear the same. 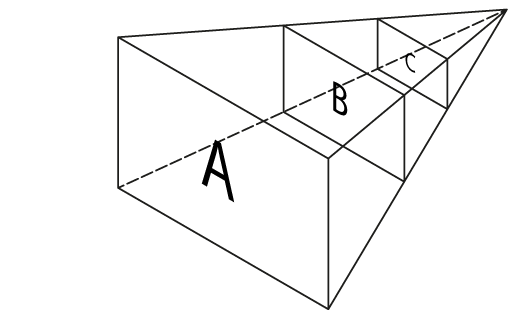 By placing a measurement in an image you can re calibrate a single plane, if the camera is orthogonal to that plane. If the measurement a square, but not 2 edges then you can can also account for perspective distortion so camera need not be orthogonal anymore.

If the object is 3-dimensional then you can not use a single image to measure the object. But you can use 2 images, or preferably more than 2 images. This is called stereo geometry (for a fun explanation see the fundamental matrix song). Of course you should also eliminate the camera distortions. Quite many scientific and commercial packages exists for this. Ones that i have used are:

Now it's worth noting that you still must know ONE dimension in the image or setup otherwise you only get the relative distances between points. So still the image loses scale, to fix this you need to know one dimension.

You can get pretty accurate measurements with this, but consider using structured light methods.

... after a "calibration" step where I provide a known measurement of a given detail, is able to derive the rest of the part details' sizes.

The free program ImageJ is available for Windows, Mac and Linux.

This webpage explains "Spatial Calibration", and how to use ImageJ with uncalibrated images or images that contain spatial calibration meta data.

In addition to the regular menu features there are thousands of plugins, some of which pertain to measurement are:

In addition to the standard menu tools and plethora of plugins you can write your own.

I've never seen a software that could help but if you're shooting photos of the object you should use a scale similar to what is used in crime scenes: 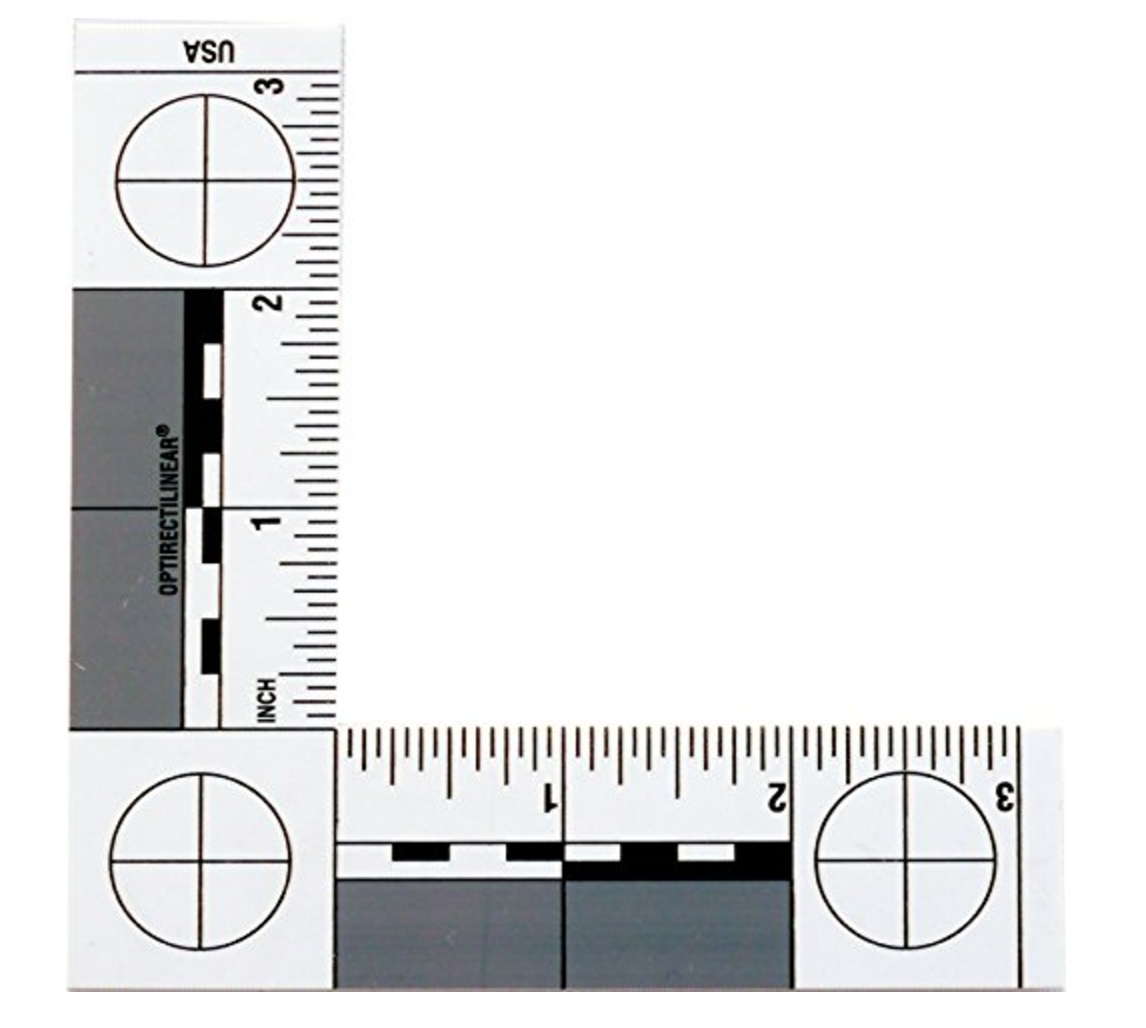 When I used to do vehicle wraps I would use: 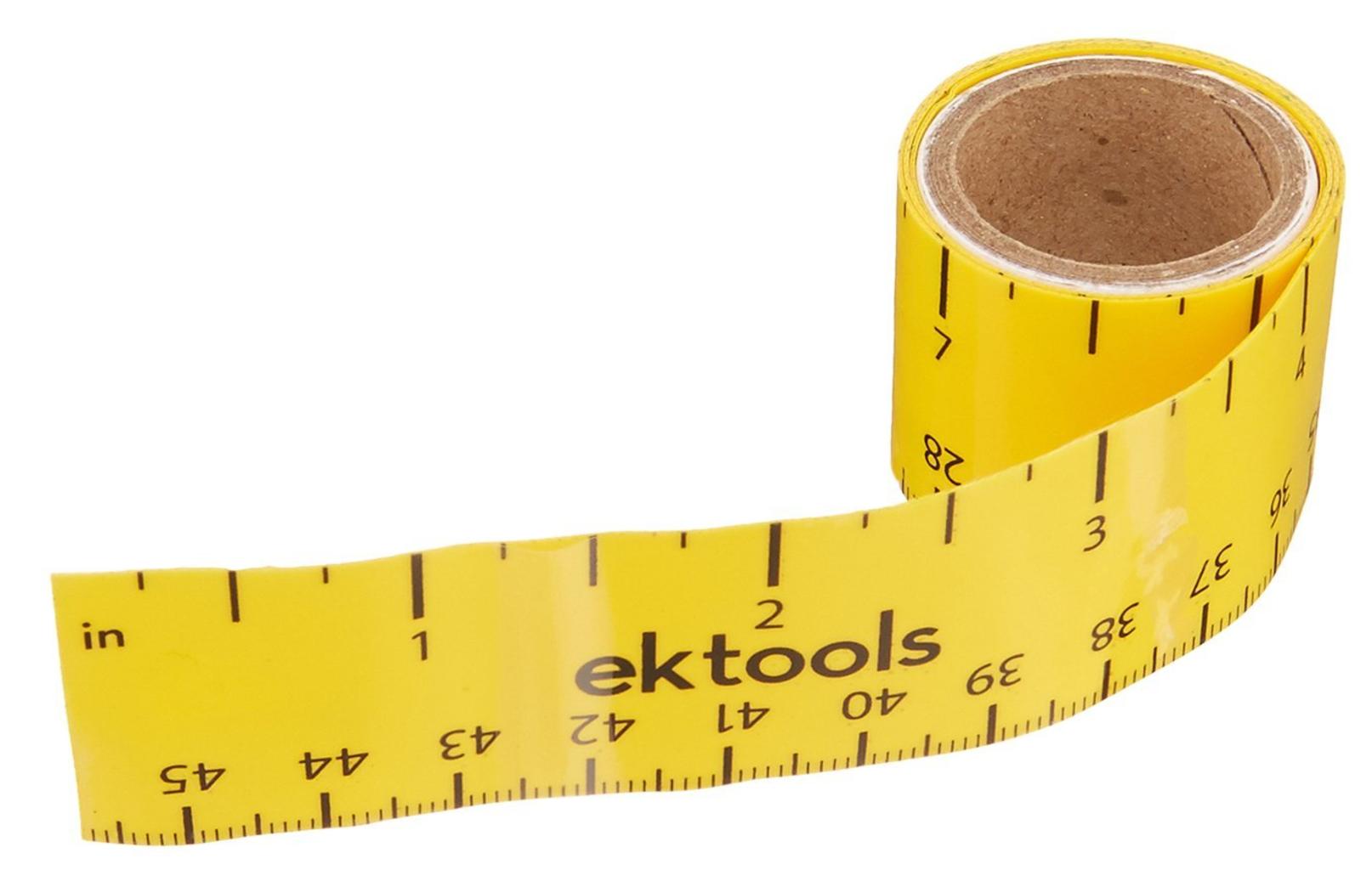 3
Software to measure arc length/perimeter
1
InDesign Measurements
1
program for drawing simple but precise shapes automatically?
7
Giving measurements of an irregular shaped piece of paper
2
Wall Decal Printable Area Measurements Issue
0
App to take picture of sketch and convert to drawing
1
Why are precise measurements frequently included in brand identities?
2
Need help creating a graphic template of an arch based on given measurements
0
How can I figure out the dimensions for a shrink band from these measurements?