How was this wispy and 3D vector made in Inkscape?

I really like this design, but can't work out how it was made - I've messed about a little but can't see what tool they chose to make this. 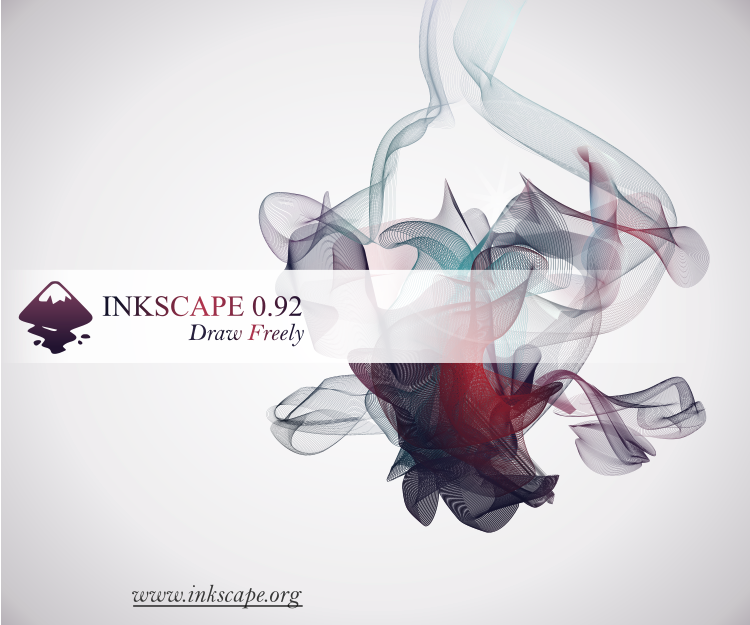 The SVG file is available here.

The creator has watched ink in the water. Then he has created a bunch of different gauzes that together form his version of the spreading inkdrop.

The gauzes are generated by using path effect "interpolate sub-paths"

Ready, one gauze is done. 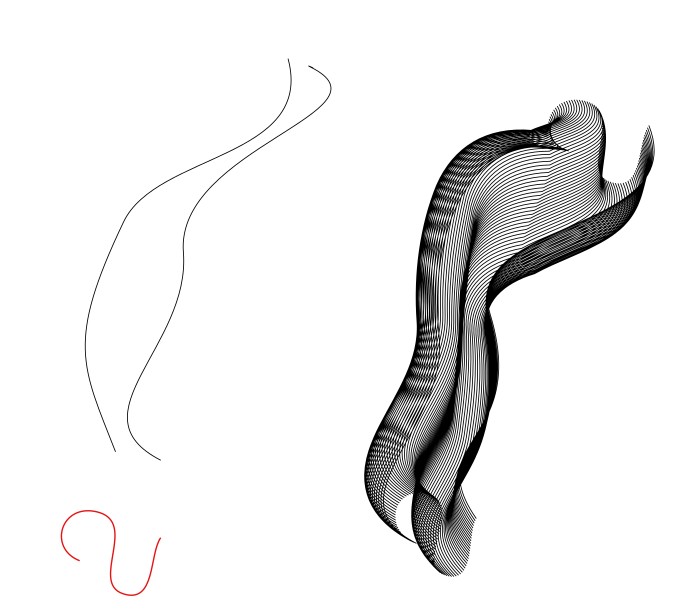 Here the black paths (drawn by the pencil and simplified in the fly) are the two which were combined. The red one is a colored copy of the third, which is the interpolating route. The actual route has no stroke because it can't be left visible. The generated bunch of paths are automatically placed on the route path.

Of course it would be self-esteemical to be able to tell all this after seeing only the result as JPG or printed. Unfortunately this is not the case. I ungrouped the SVG file and selected one gauze. Path effects panel showed the effect name. I temporarily disabled the effect. The combined path with coloring gradient arms popped visible. When I removed the effect totally and selected "All", the non-stroked interpolation route also became visible.

2
Opening Inkscape SVG in Illustrator, not looking right
4
Inkscape: Joined pentagon and hexagon with fixed edge length
16
How to convert a signature from JPG to vector strokes?
9
Save multiple objects from vector file to separate files using Inkscape/OS/Freeware
3
How do I allow " to render rather than &quot; in inkscape?
5
How are the animations of these vector art type made?
1
How to edit an EPS with GIMP or Inkscape
1
How to retain only the black outlines of colored drawings, and then convert to SVG (vector file)
0
Inkscape (and Cricut Design Space): Text problems