How to change path guideline colour in Photoshop CS6

Before today, I’ve never had to change the colour of the path guideline as I use the pen tool in Photoshop. I know you can easily change it in AI. But looking in the Photoshop layers panel and the paths panel in Photoshop as I drop anchor points, I see nothing to change the colour. Want to colour the path yellow so I can drop anchor points on my photo and see them. I'm not asking about filling a path to create a coloured shape or stroking the path.

I've also checked preferences and tried changing the "Guides Grid and Slices" preference, but that makes no difference. 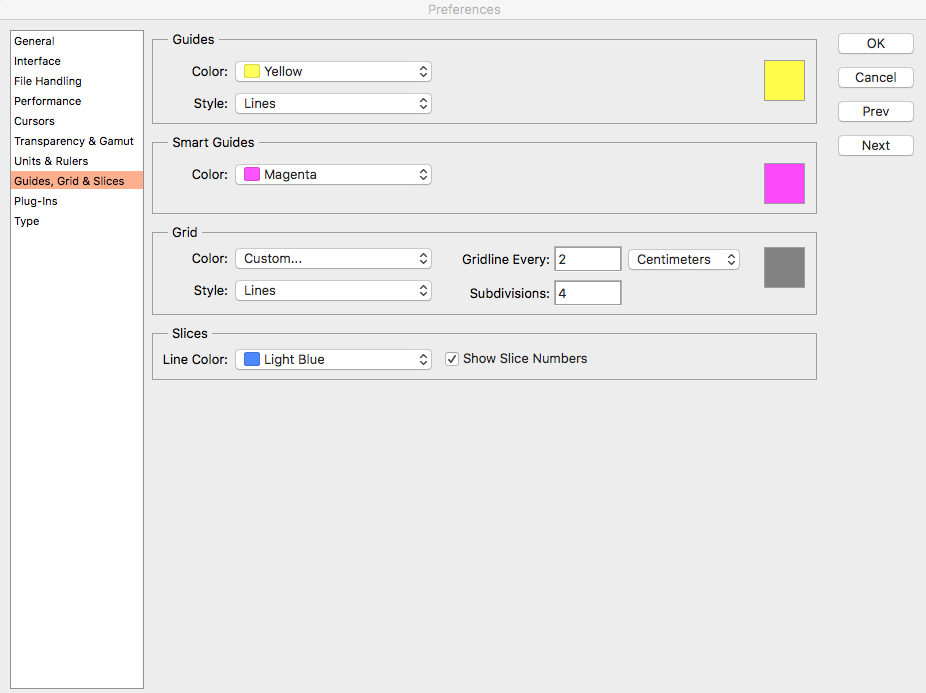 Am using Photoshop CS6. Any help will be much appreciated.

In Photoshop CC, click the Pen tool and locate the gear icon on the Tool Options bar. From this dialog you can enable or disable the Rubber Band feature and also choose a line color and width for the Pen tool as you draw with it.

Obviously this is different to choosing a Stroke color and width. 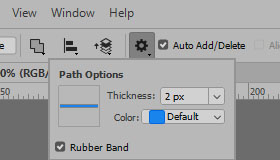 Unfortunately, the short answer to your question is that you can't change the colour of paths in Photoshop.

The path colours in Illustrator are used to distinguish objects that are on different layers, every layer gets its own colour. Paths in Photoshop are not attached to a particular layer which I guess is why Adobe don't feel the need to provide similar functionality. Plenty of people have requested this feature going back years, but for whatever reason it is still not available.

The visibility issue is (mostly) handled in Photoshop by the fact that the path colour is dynamic. It appears darker over light regions of the image and lighter over dark regions. The performance of this feature has improved in recent (CC) versions, but it's still not perfect. I remember in CS6 and earlier it was particularly difficult to see paths over grey mid-tones.

There is a workaround if you are struggling to see paths over a given image: You can add a flat colour fill or adjustment layer over the top of the image to lighten (or darken) the image enough to make the path easily visible and then delete this layer once you have finished drawing your path.

Not ideal, but it will get the job done.

If the option to change color of paths are greyed out it's because you are not using your hardware GPU. (this sometimes get deactivated efter updates... at least for me)

As far as I have been able to discover, it's not possible to change the colour of the path lines. However it is possible to switch off the anti-aliasing on the Pen tool, which has a tendency to make the path lines look very thin.

Perhaps you could try this:

Hopefully that will help a bit.

I have also gone to the channels panel and if I deselect one of the channels, the image changes enough that I can more easily see the guideline.

Not the answer you're looking for? Browse other questions tagged adobe-photoshop color path pen-tool guides or ask your own question.

2
Photoshop Gradient Overlay requires a shape layer, not a regular layer?
0
How to prevent constrained text from disappearing after too many characters?
3
Is it possible to make Photoshop pixel perfect?
21
How to change stroke width of line in Photoshop CS6?
4
Photoshop: change colour of animal fur
2
CYMK to RGB conversion for repro
1
How do I change ONE colour of a placed image in Illustrator?