How to overlap a continuous line on itself?

Yesterday I tried to create the following shape: 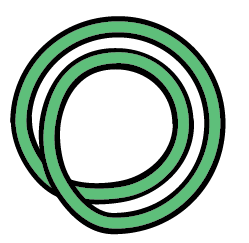 Following the path from the top it goes round, crosses over itself (bottom left), goes around again and passes under itself before going back up again. The paper sketch was easy to make.

However, in Illustrator I expected to create this with a single path and an outline of that path. With a single path I ran into the problem that it could never pass over itself. The boundaries would then disappear: 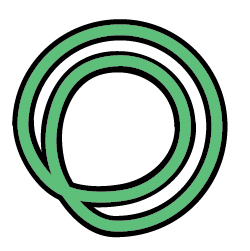 Then I went ahead and made it in a convoluted way with multiple elements, which made editing very slow and rigid: 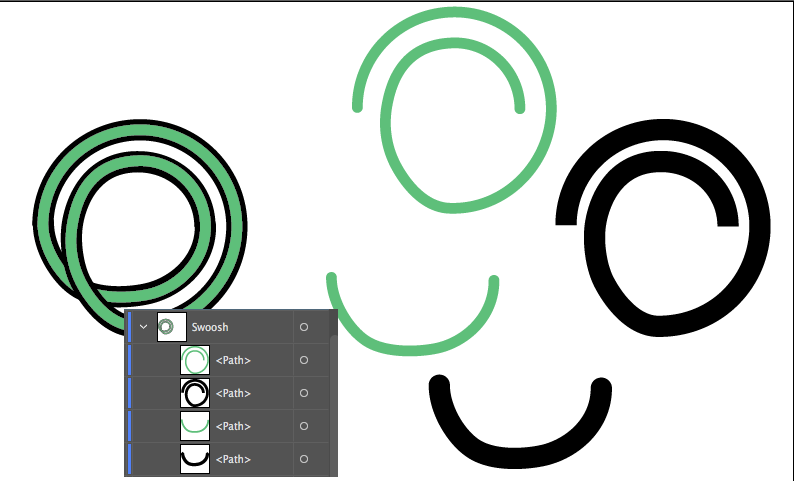 Now I am wondering how I can recreate this image (or any self-crossing path) using a more flexible method which allows for easy editing afterwards.

adobe-illustrator path education
Share
Improve this question
asked May 31 '17 at 23:11

It is possible to do this without cutting the curve. What you do is you use the appearance panel to overlay 2 strokes on top of each other. Then over this layer copy the same strokes, but this time with a dash that is set up so that the stroke only covers a part of the curve. 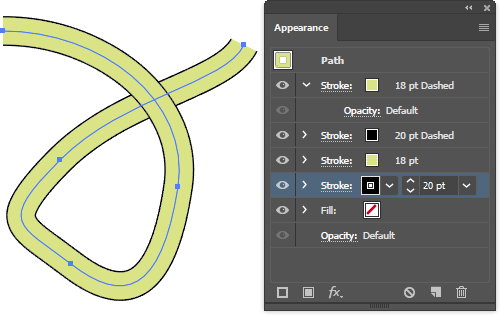 Image 1: A path that overlaps itself.

This works irrespectivelly wether the curve is open or closed. There is also a an alernative approach for this problem that has been answered before in the question:

Illustrator does not have any method or ability to control the stacking of an object upon itself. There's no way to control what does or does not "overlap" on a single object.

Only separate object have any stacking abilities. So to create a visual overlap, you must have more than one object in Illustrator.

How you achieve multiple objects appearing like a single overlapping object depends a great deal upon the nature of the image itself. However, in general, there's no real easily editable method which is better than any other. The method you've outlined in the question is as good as any other.

If any improvement can be made in the editing, I would suggest using a single path with multiple strokes applied via the Appearance Panel. Then it is a fairly easy matter to use the Direct Selection Tool to copy a section of the path, paste it in front, and alter the end caps of that pasted section so it visually appears not present, but does create the overlap. 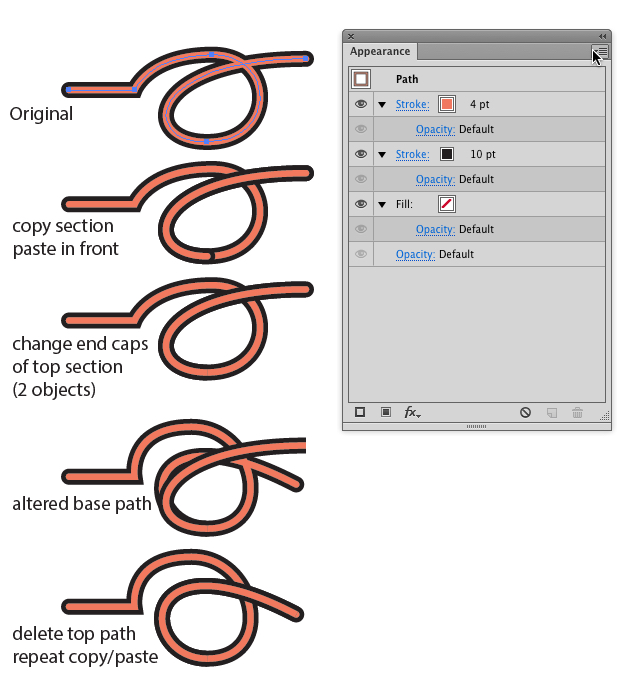 Not the answer you're looking for? Browse other questions tagged adobe-illustrator path education or ask your own question.

7
How to overlap custom art brush shapes
2
How does one get an over/under effect on letters in illustrator?