How to clip object's too large bounding box to fit in Inkscape? 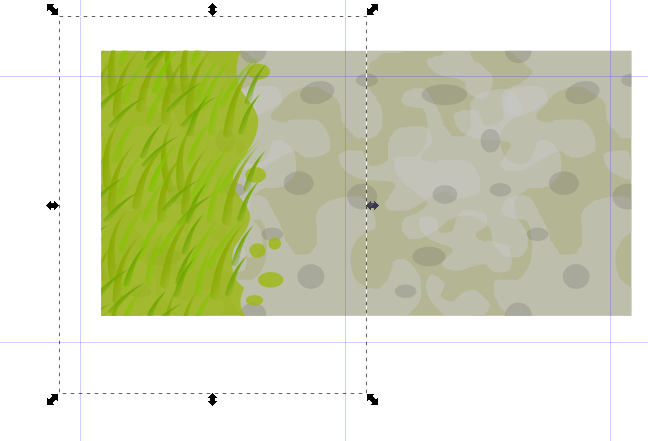 You seemingly (see addendum 2, this is a quess and a false one) have masked a part to be transparent. This is done by Object > Mask. I can't see partial transparency used, so you can get the same visual result by Object > Clip. The latter results the bounding box to be only the size of the remaining part.

NOTE: Both mask and clipping path can be released. Release your mask and set the Clipping path of the wanted size.

Or simply add a new clipping path. Drag it onto the "too big" object and raise to top. Then select both and goto Object > Clip > Set.

Addendum due the comment: You can give a clipping path to a group of objects. But the result is not stable. You can doubleclick one part. Then it can be moved, which results bigger bounding box than the visible part. It's even possible to drag all objects out of the visible area, which is determined by the clipping path.

Things turn easily complex, if you accidentally move a member of a group, which is under a clipping path or transparency mask. Undo fixes it, if you notice the problem soon enough. You cannot release the clip or mask because the group has gone to edit state.

Invisible group members cannot be easily selected to move them back. You must make a selection by dragging over enoughly large area. You can go out from the group edit state by right clicking and selecting "Goto parent". To make the invisible objects visible, you still need to release the clip or mask and ungroup.

Addendum 2 The questioner has told in a comment that he used an already clipped shape as a clipping mask. So this is another way to get invisible parts that make the bounding box large. I confirmed this by doing some tests.

6
How to align an object relative to nodes of another object in Inkscape?
27
Shapes not showing in Inkscape
0
Inkscape: How can I prevent background to shine through path?
0
Inkscape and Flowcharts: Opacity, color mixing and bounding box
3
How do I disable auto-replacement of missing fonts in Inkscape 0.91?
1
How to export list of objects in Inkscape?
3
How to add drop shadow to a picture via CLI?
1
Inkscape Bounding Box crops Stroke Paint
1
How to change the stroke colour in Inkscape?
0
How to create the texture of a rope and a knot on inkscape?