Texture as an alternative to a cyclic colormap?

In the visual presentation of scientific and mathematical data, it's common to want to use hue and value to represent a direction and an intensity. People seem to refer to this as a cyclic colormap. Below is a scientific example I've drawn. The circle on the upper left, labeled 1, defines the colormap, and 2-6 are applications to the visual depiction of various wave patterns. 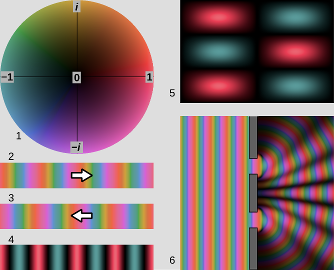 Although this works, it has the disadvantage that it requires color. This is for a book that some people will use in digital form, in color, but others will have as a printed book with a color cover and a black and white interior. The best workaround I've found so far for the print users is to take this particular set of images and reproduce them in color on the back cover of the book, but that's obviously not a great solution.

Has anyone ever seen a variation on the idea of a cyclic colormap that uses texture instead of hue? For example, instead of the various shades of red I could have something like a black background with a random scattering of white dots on it. What I'm now representing with brighter red would have more dots, so it would look lighter in color. Instead of yellow I could have something like a parallel line or wood grain texture, with denser lines making it look lighter, and so on. One would have to come up with some creative way to continuously vary these textures going around in a circle. For example, orange might be replaced with something like a 50/50 mixture of dots and lines.

I've attempted below to sketch an example of what I'm talking about, but I don't think it is a very good realization of the idea, since, e.g., the lines are kind of big, so they hang over from one area to another and decrease the resolution of the plot. In a real circular texture map, this would be defined in some way that would extend all the way around the circle, not just in the upper right quadrant as I've done here. 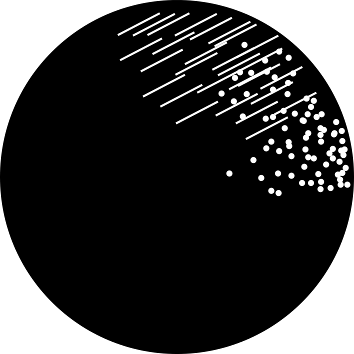 What about changing the orientation of those lines as the indicator of your angle?

Since you are mentioning a texture, Line Integral Convolution comes to my mind. It can be thought of as brushes in the direction of a vector field, creating a texture indication locally how is the orientation of the vectors (angle).

The following is an example of the angle increasing while rotating around the disk. 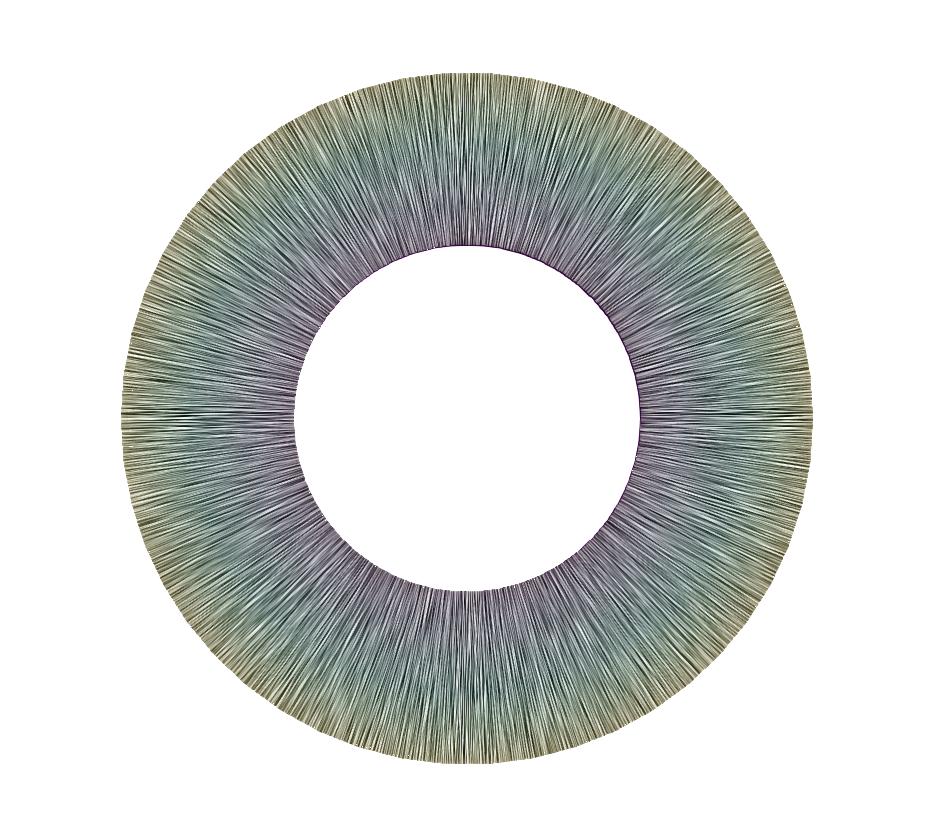 There are different parameters that you can tune in the algorithm to obtain different results. The following images correspond to the same vector field, the colors represent the magnitude. 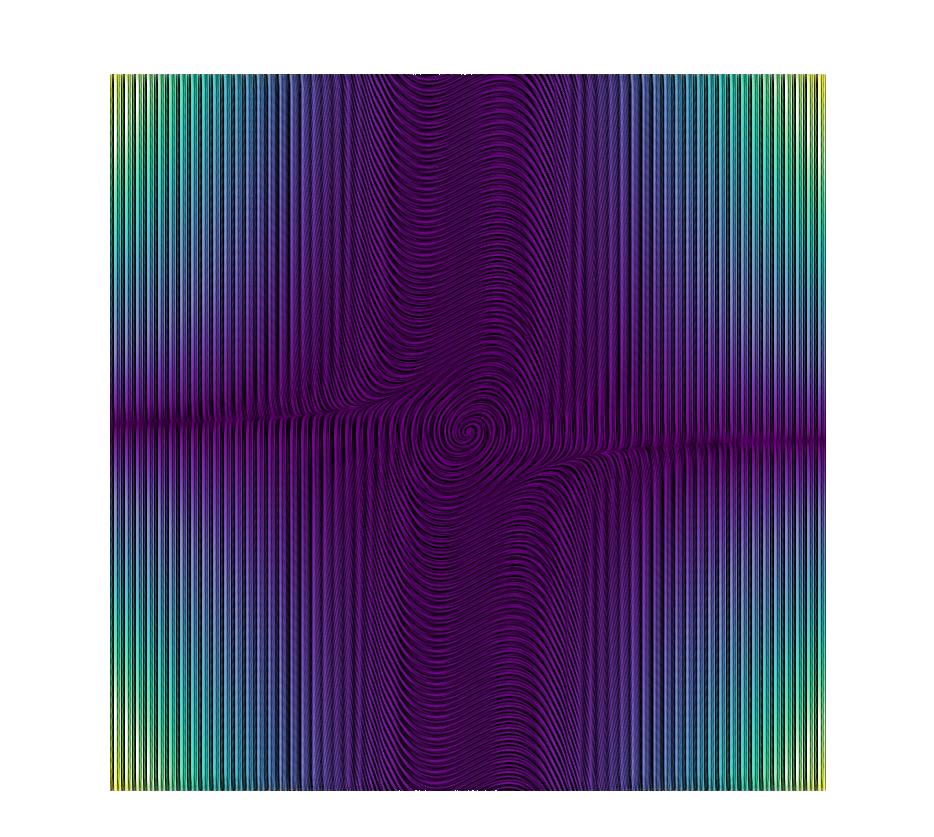 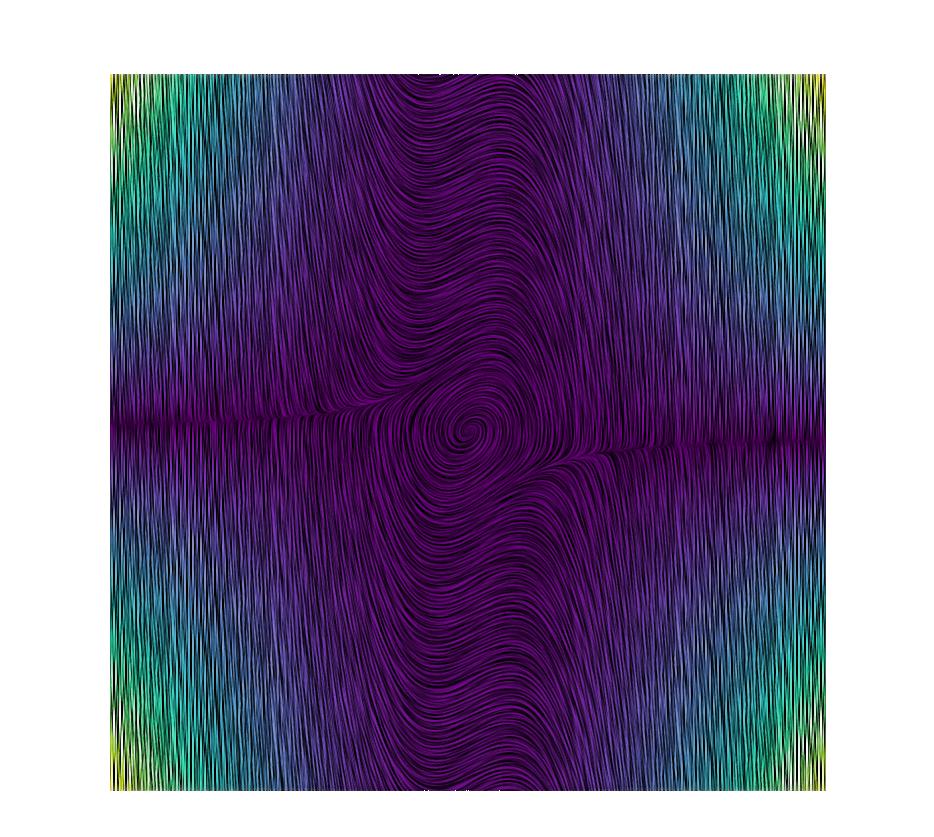 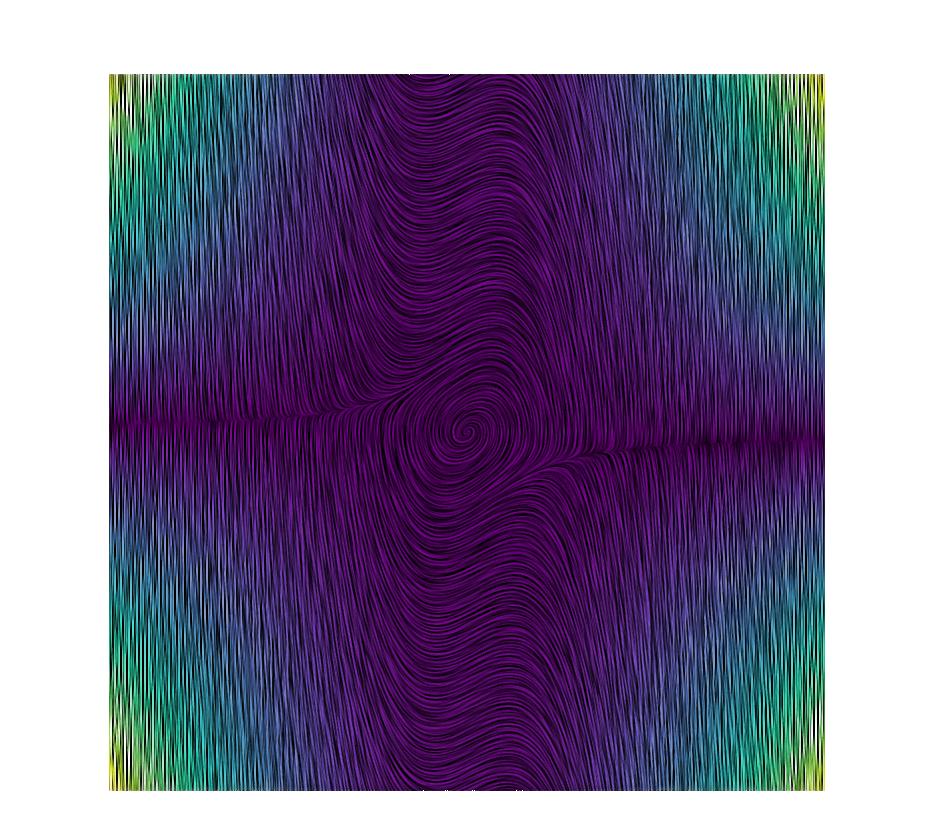 Not the answer you're looking for? Browse other questions tagged texture information-graphics or ask your own question.

5
Infographics smoothing and shadows : background or ressources ?
6
How to change the color of a pattern or texture in Photoshop?
26
What's the most efficient way to “blank” old comic word balloons while retaining paper texture?
0
GIF background texture not blending well to page background texture
2
Best plotting symbols for scientific plots with multiple datasets
0
How to apply a texture preserving the lightning of the original
1
Photoshop: How to show underlying texture background while maintaining color for element?
1
How to render a texture of an object from it's color, uvs and lighting?