*I specifically chose the percentages from what this site said http://www.color-hex.com/color/0f51ba 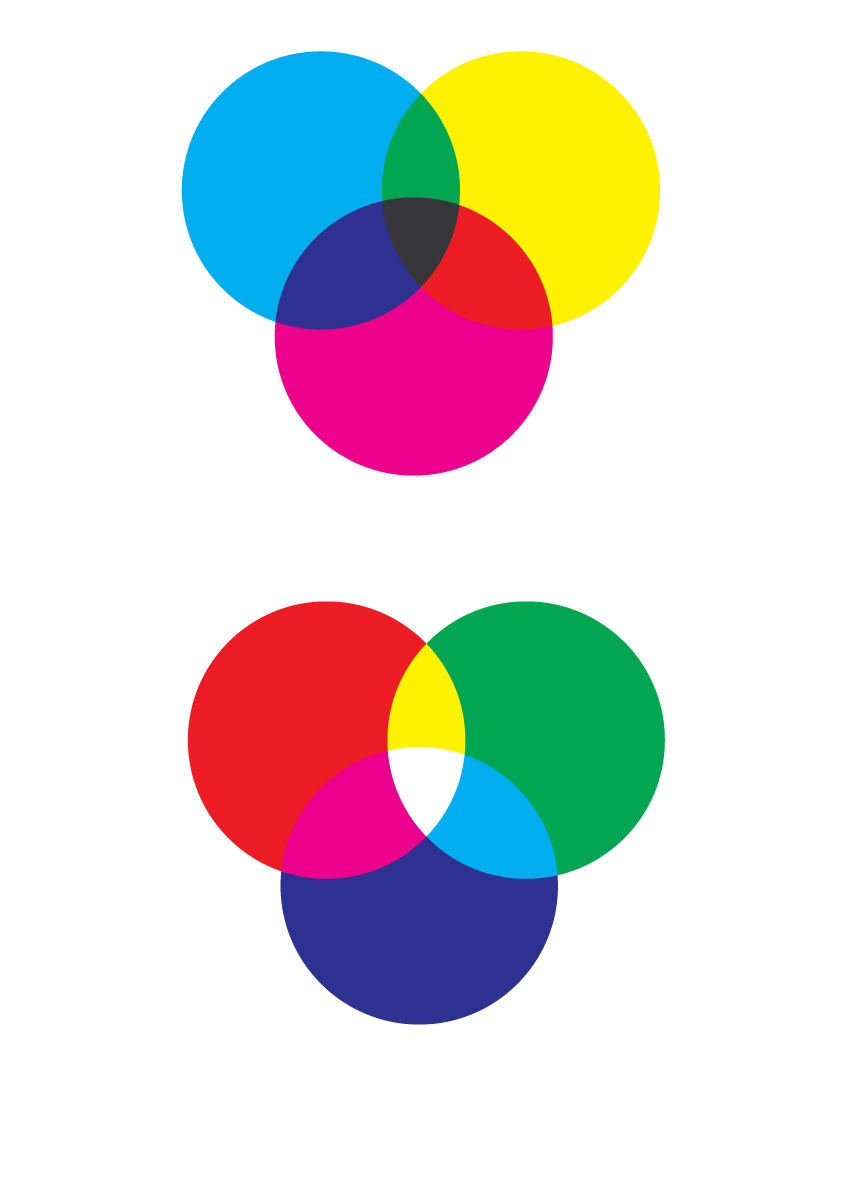 Your sapphire blue is the sum of three RGB colors:

I put them to three circles in three different layers. First and second from the top have blending mode =ADD to perform the addition of the colors.

The wanted blue is at the middle. Note that nearly black red doesn't affect very much, but it affects. Surely the same final mixing result is available several ways. Add say some amount of green to the first layer and take it off from the second layer.

If you take a screenshot of my image and check the colors in a photo editor, you probably see much altered color numbers due the several color management stages between your photo editor and my Photoshop.

Where I took the numbers? You gave them in hexadecimal. 0f = decimal 15 etc... Of course the color selector tool in virtually all graphic programs does the conversion, too.

You may think that I cheat when I do not use normally blended layers and transparency, but add directly. It's very normal to use the different blending modes to achieve the wanted mix easily. Your sapphire blue probably is possible also by using the normal blending and opacities. And even in several ways, because only 3 RGB numbers must get the wanted values, but you can play with three colors and two opacities assuming the bottom layer to be not transparent.

If you want to find how to get the result without the ADD-cheat, you get the following vector equation:

T= the RGB color vector of the top layer

Y= the opacity of the middle layer

M= the RGB color vector of the middle layer

B= the RGB color vector of the bottom layer

W = the RGB color vector of the wanted mixing result

This reduces to 3 normal equations. Of course there exists trivial solutions (=all layers of the wanted final color). But Excel found also non-trivial solutions. Here's one: 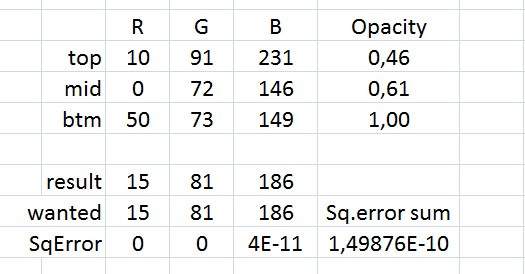 You don't mention which software you are using, but since you said it's for a logo, I will assume you mean Adobe Illustrator - although you could do the same in other vector image editors, such as Inkscape or CorelDraw.

See example below in Adobe Illustrator. This method doesn't use any opacity/blending mode techniques. 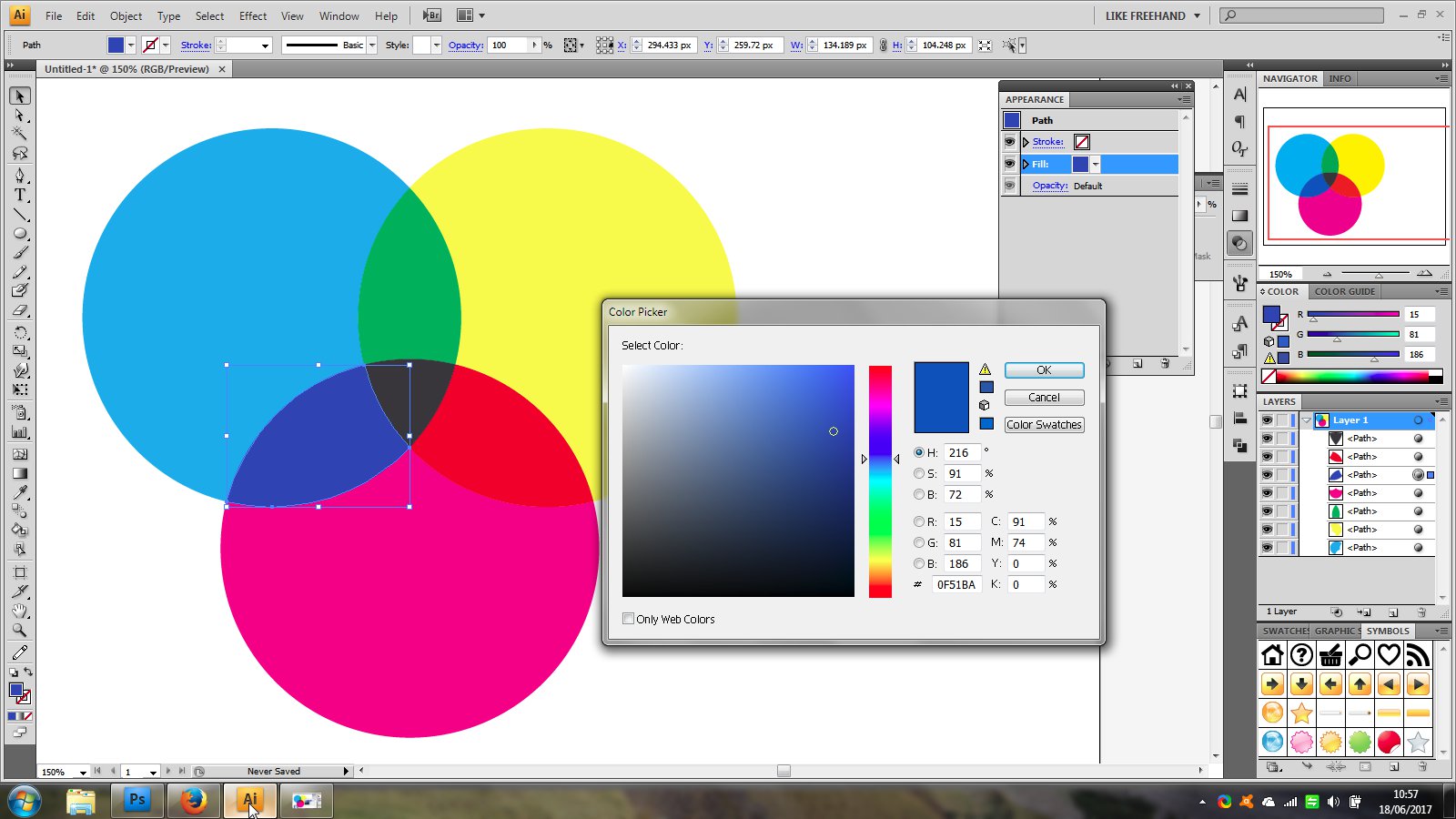 In Illustrator, where there is no 'Add' available in the Blending Mode, you can use one of these to get the same results in this case: 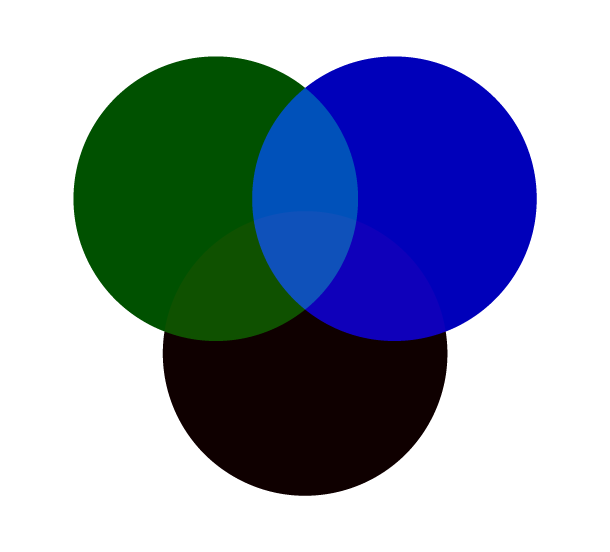 As user287001 has stated, just make separate shapes for each RGB color, then change the Blending Mode of the top two shapes in the layer stack.

This method has all layers set to 100% opacity

Not the answer you're looking for? Browse other questions tagged color color-conversion rgb color-spaces color-reproduction or ask your own question.

6
Completely different interpretation of Pantone to RGB values depending where I look.
0
Color space term? (RGB / I values)
32
RGB and CMYK: Why both?
10
Color Theory: Is there a measurement of "colorfulness"?
0
How to convert RGB to CMYK color code?
1
Swap color/RGB values in illustrator
1
Gray values different between grayscale and RGB color modes?
1
Compute White Underprint Values
0
Is it possible and reasonable to compensate the media white point of a target color profile?