I have been working in Photoshop CS5 with this particular image: 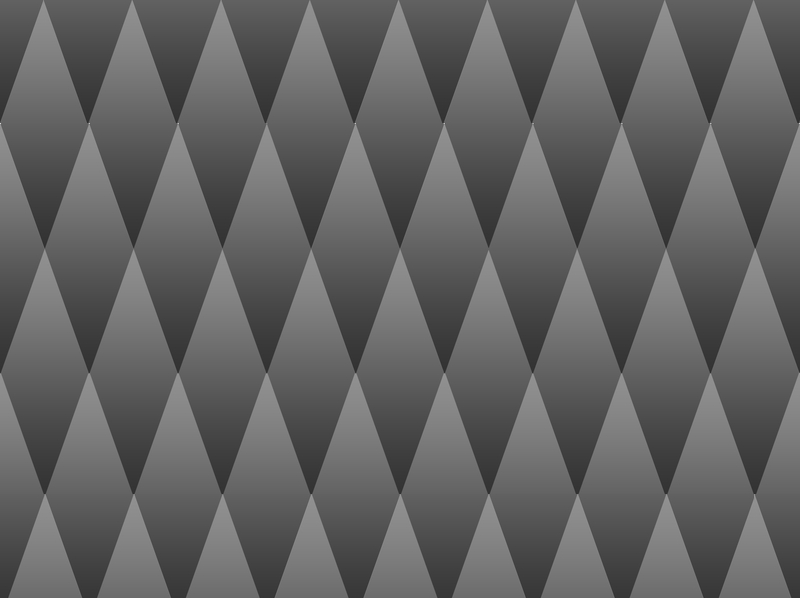 What I am trying to do is generate a circle from this, such that the top edge collapses down to a central point and the bottom edge forms the outer radius of the image. How would one go about this, ideally without changing to another piece of software?

Since you want a circle you'll need to distort the image in to a square first (otherwise you'll get an ellipse). The filter will repeat any pixels on the outside edge so you can make your canvas a few pixels taller on the bottom edge so that you get the isolated circle*. 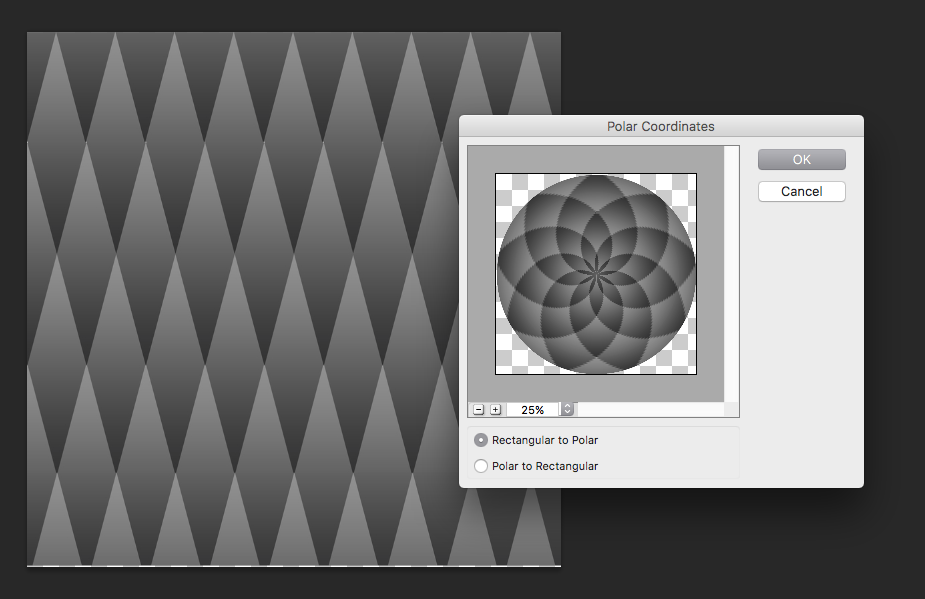 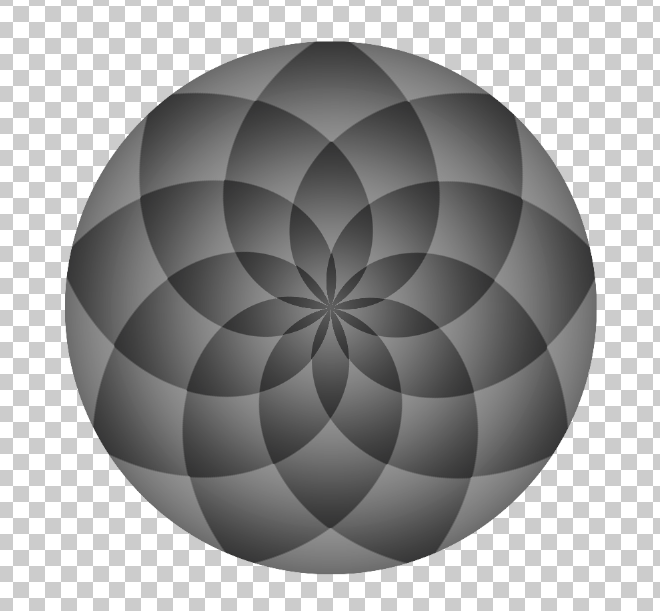 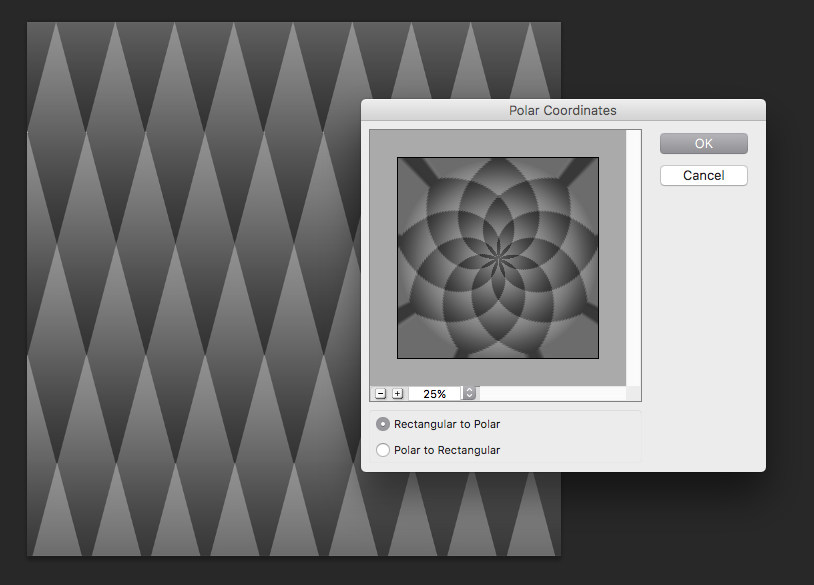 The method with polar coordinates seem already been shown in other texts. But if you use Filter > Distort > Spherize after that, you get a bigger central part. 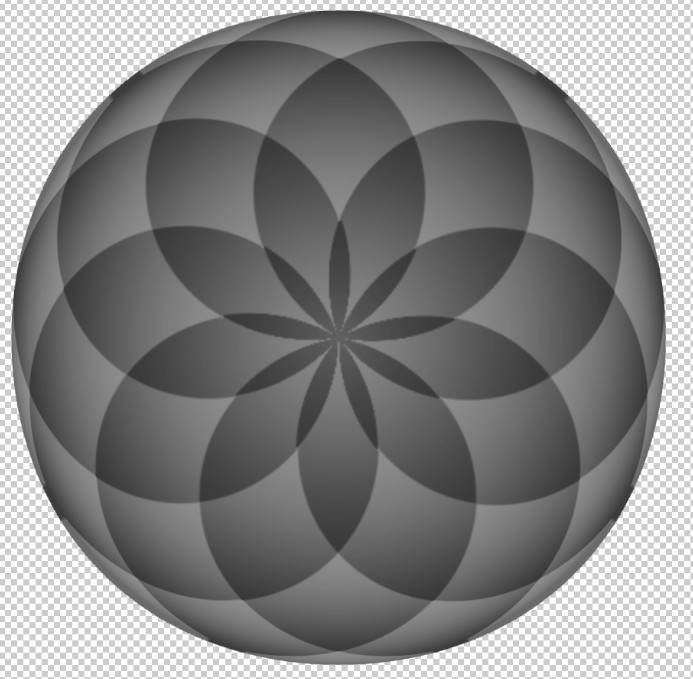 Not much imagination is needed to see that you could get maybe fully satisfying result also tiling circles that have transparent gradient fill. That job is most easily done in Illustrator.

Here's an example. One circle with transparent radial gradient fill was drawn. It was rotated & copied 8 times. Rotation angle = 40 degrees. A bigger circle was drawn to the bottom. 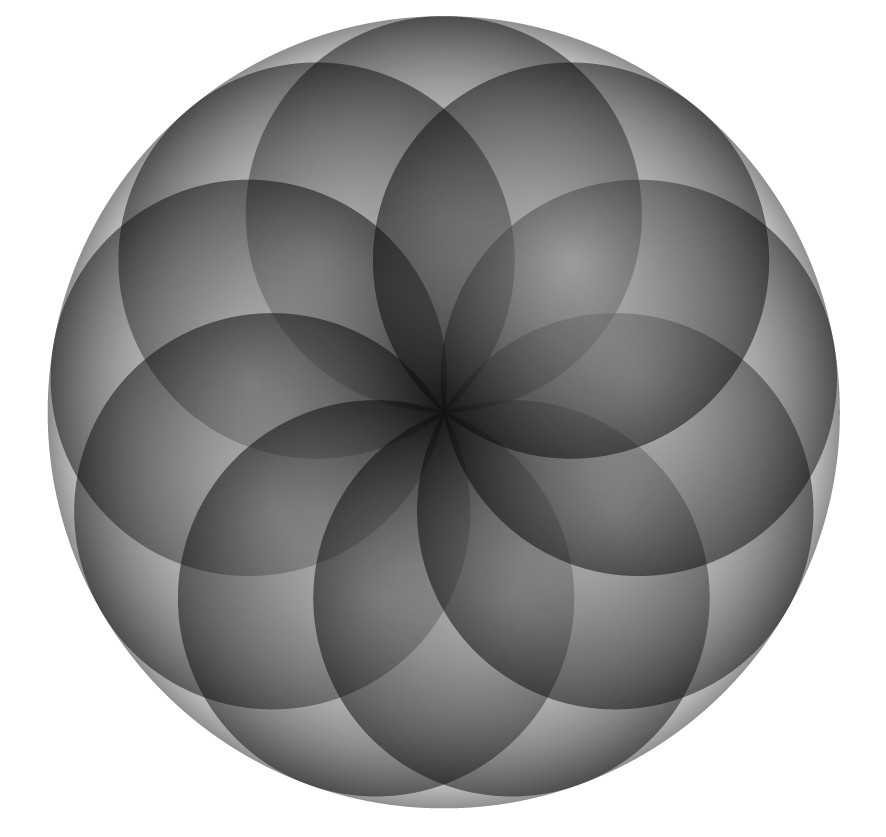 Not the answer you're looking for? Browse other questions tagged adobe-photoshop filter distort or ask your own question.

1
Feathering an Image Edge
1
How do I create a 'inner glow ring' in Photoshop CS5?
2
How can I create a spherical perspective grid in Photoshop or Illustrator
1
How can I make a transparent PNG object spin from the center in Photoshop for a gif if the object is not a square
3
Generating 8-bit versions of images
0
What's the best way to downsize alpha transparent images in Photoshop?
2
Resizing image 'arbitrarily'
0
How to warp an image to take shape of truncated pie (controlled by some input parameters)?
1
Is there a way to attach or 'stick' the end of a path to an image layer?