How to work around 100 artboard limitation in Illustrator for large project with many symbols?

For a project I'm doing, I have several global swatches and symbols that I need on more artboards than that. (If the limit were 200 I would be okay.)

How can I work around this limitation?

Specifically, how can I share my global swatches and symbols between two files such that any changes to the symbol definitions or swatch definitions propagate to the other file?

Failing that, how can I manually propagate such changes without going to every symbol instance?

As far as I'm aware there is no way around this limit. A limit is a limit in this case... So let's just deal with it. This is thinking inside the box...

So for example if you have 176 objects, just make 88 artboards and put 2 objects on each artboard. The easiest way is likely just to have each set of 88 in their own group or layer.

Here (imagine) I have 88 artboards with 88 different icons: 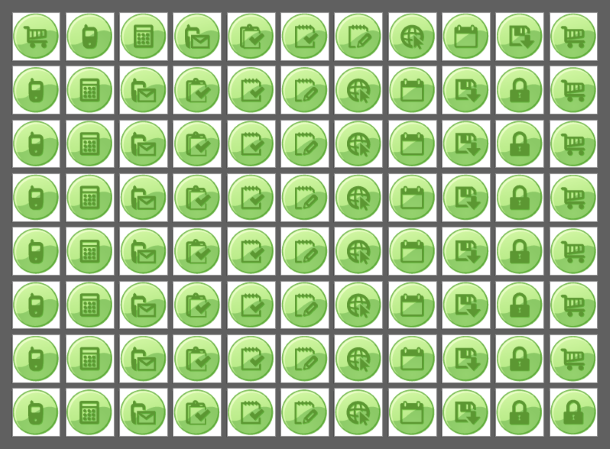 And here I have 88 different (but every bit as lame) icons on the very same artboards: 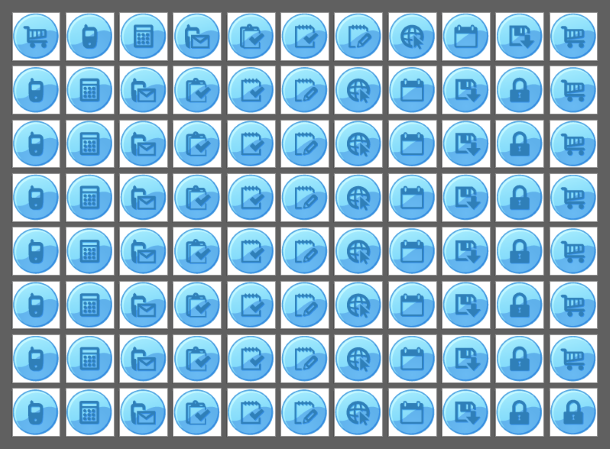 Then when I want to export them I just do one group/layer at a time by toggling layer visibility: 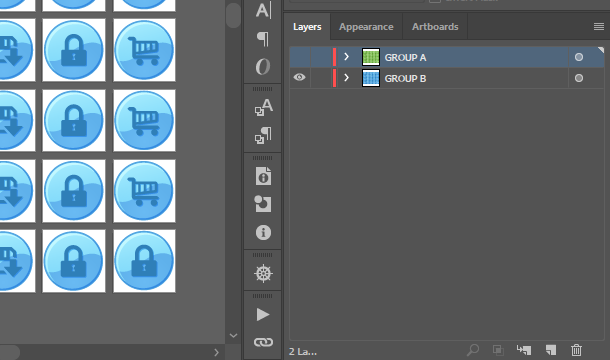 Not the answer you're looking for? Browse other questions tagged adobe-illustrator workflow artboard symbols swatches or ask your own question.

5
InDesign CS6 - Update multiple displayed artboard/pages of linked files without relinking
1
Use Ink Bottle Tool to outline shapes converted to symbol in Flash CS 5
1
Adobe Illustrator Save For Web SVG becomes empty
1
Import or Sync Symbols between Sketch Files
3
Copy-and-paste Sketch artboard into different Sketch document without overwriting symbols in different artboards
0
Illustrator exporting to SVG, with correct filename while keeping my original .ai file?
1
What CorelDraw Effect or Tool is Used to Achieve Transparency
1
Adobe Illustrator: How to consolidate complex objects?
23
Is it normal practice to screen share with a client?
3
What exactly is an Illustrator Artboard