How to draw a radially symmetric 5-pointed star?

I'm looking for a 5-pointed star that I can rotate as part of a user interface. Therefore, the center of the star should not move – otherwise, it looks strange.

I'm confident that such a shape exists, because:

If I wanted to make such a shape, what low-cost software could I use, and what would the basic process be? Since I'm looking for radial symmetry, I imagine starting with a perfect pentagon is the key. I expect the hardest part of the process to be ensuring that all 10 edges of the star have equal length.

Here's a simple method using Inkscape(dot)org which is free and Open Source. 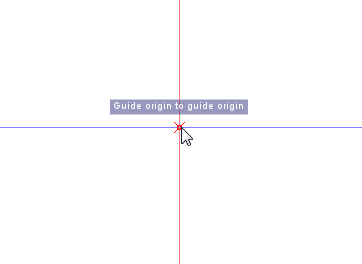 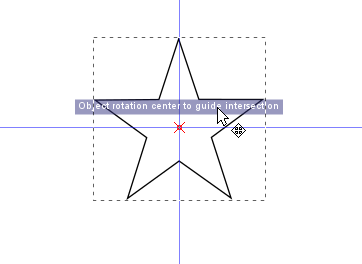 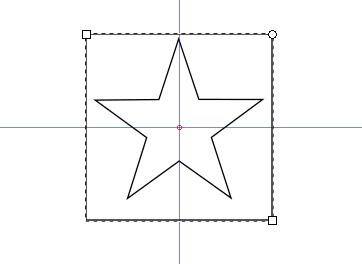 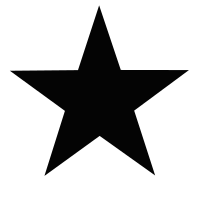 If you want the Inkscape SVG it's here

A 5 pointed star IS radially symmetrical - The issue here is the rotational centre is skewed by the vertical distance (in this example) of the top point and the bottom 2 points. 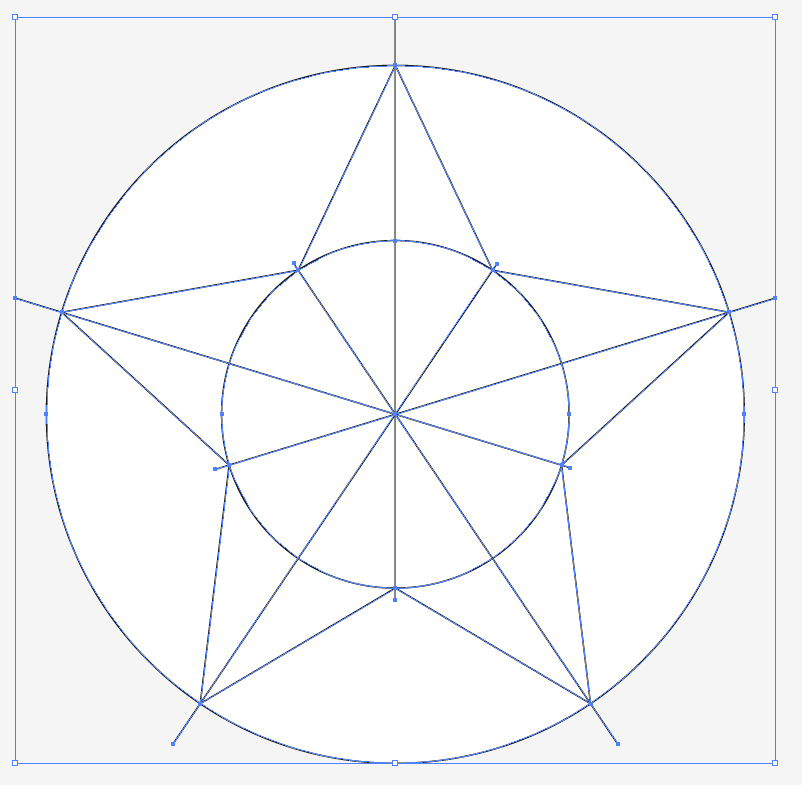 OK so, how to solve YOUR problem... I don't know what sort of UI you are working on, or what asset types are usable within it - But lets assume you can use a square .PNG with a transparent background.

To make this shape, I used Illustrator, which is in no way cheap, but there are free / cheap Vector packages available. I drew 2 circles, one for the outer diameter of the star, one for the inner. I then set out 5 lines that intersect the centre, and are each rotated by 72 degrees from one-another.

Then I drew lines to connect the outer points to the inner points where these intersect the circles. Simples!

As a matter of fact, like you have noticed, there is no equal sided symmetrical five sided star in existence that fulfills the requirement of having center where the star's bounding box center is. Image systems tend to crop the excess away.

Center of an object is a complicated thing. Center of a bounding box is equate rarely where the center of an object is. Unfortunately center is a diffuse concept so no matter what one would choose as a center metric you would get it wrong from time to time. (more discussion on this can be found here.)

Now almost universally systems take the easy way out and define the bounding box center as object center. That's fine, if you want another center just surround your object with a invisible box, or circle, that is sufficiently big and center where you want it. It can touch one edge if you like but that is not essential (nor necessarily the most compact or problem free representation).

Alternatively you can use groups to find center. Essentially storing the position of the center, so now it no longer matters what shape the image has. And here is a live SVG example of using the grouping method.

Whichever seems easier to you, the later method is more compact in complicated cases, or cases where you consider center to be at an edge of the image, as you only need to store 2 floats. Whereas if you have a bitmap with much empty space your wasting much more memory.

You can use this basic SVG to create one in your browser, no other tools required:

It defines a triangle to use as the ray, the creates five copies of it at 72 degree rotations (360/5) around the centre point of a square.

Draw a circle, then draw a chord which does not pass through the centre. Then group them and rotate the group through 72 degrees, four times over, copying it each time. Voila, a star. You can now ungroup all your groups, zoom in and join the lines at each point, and delete the surplus lines.

The issue you have rotating it is that the bounding square is not centred on the centre of the star. To fix this, you simply need to keep one of the original circles, make it invisible by giving it no stroke and fill, and group it with the star. The bounding box around this circle will now be concentric with your star and you can rotate it to your heart's content.

Using the Mac app Sketch, the action 'Insert Shape -> Star' seems to do exactly what I'm asking on initial drag. Just be sure you don't resize it! You can even set the inner radius. I used 38%.

Not the answer you're looking for? Browse other questions tagged shapes drawing or ask your own question.

13
Why do triangles do this with alignment

6
How to draw a pony?
16
How to make plot marker sizes for scientific plots seem consistent?
2
Star tool not working properly in Illustrator
6
Drawing an unrotated perfect star in Inkscape
0
How to keep pointed stroke on a triangle after expanding?
1
Photoshop: how to draw a moon-like shape
4
How to draw a precise celtic knot
0
How to draw a trapezoid with rounded corners in Adobe XD?