Is there an easier way to draw a parallelogram aligned with a triangle?

I'm trying to draw two shapes in Adobe Illustrator CS4, but in a somewhat abnormal position.

I've attached an image of the desired effect I'm trying to achieve, and I've obviously gotten there, but my way feels clunky and I'm wondering if there's a better mechanism to do it. (Do note, this is my first Illustrator project ever.)

My current method is to create a "Guidelines" layer, where I draw an equilateral triangle and convert it to a Guide. Then I draw the triangle and place it, then draw the rectangle and right-click → transform → rotate 60 degrees, then position and size it to where I hope it belongs, as I want the bottom corner of the parallelogram in vertical alignment with the right corner of the triangle, and then shear it at -150 degrees, along the 60 degree angle axis.

Then I free-hand move each corner until everything "looks right", which involves many instants of trial-and-error, and I get an imperfect result.

This seems like a lot of free-handing, because when I try to resize the parallelogram (if I shear first before positioning) it becomes very much skewed, I would like to maintain the angles of it, as they work with my intentions.

I've hand-drawn the red vertical line to indicate the intended alignment at that corner, the guides should indicate the desired effect with the remainder of the alignments, though they're not perfect. I would prefer the resultant shape to be perfectly aligned into my guide-lines, but freehanding it worked good enough. 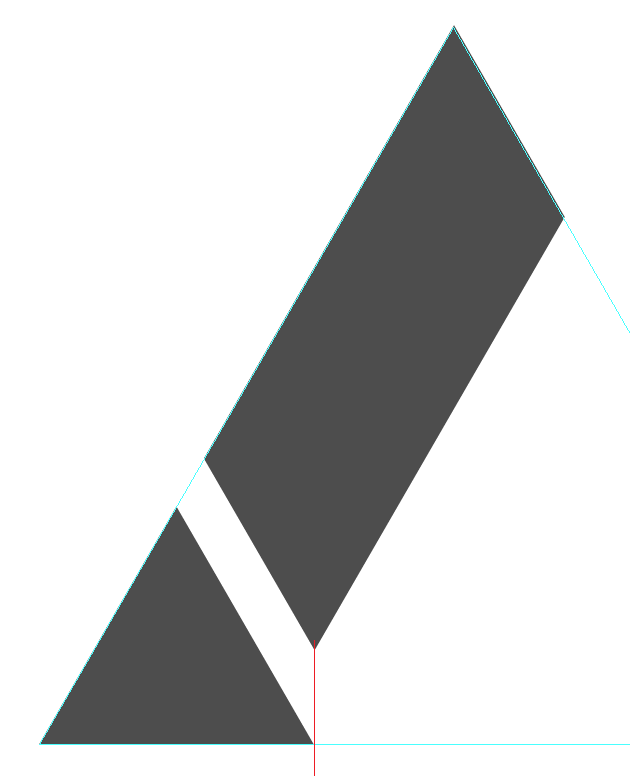 Using the Pathfinder Panel (for CS4 or newer)

This will work in versions earlier than CS4 as well, as long as the version has the Pathfinder Panel (circa AI8 I think). The difference is prior to CS4 you need to hold down the Option/Alt key before clicking the Minus Front button in the last step.

I think you are making this too complicated.

Start with the triangle, and draw guides. Duplicate those you need at the same angle and place them where you want. They will be parallel because they are simply duplicates. Add a vertical line at the right corner of the triangle.

Then when you have finished use the Pen Tool to create the parallelogram, with Smart Guides enabled. Hopefully you will get the idea from the example below. 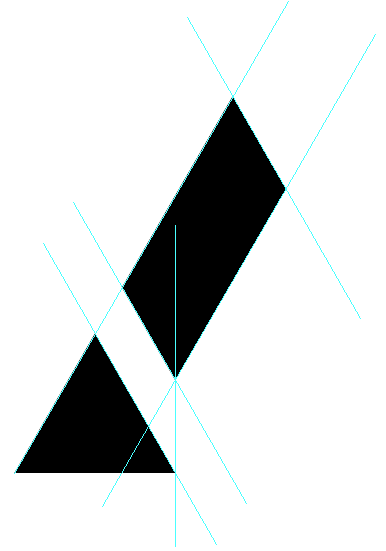 Not the answer you're looking for? Browse other questions tagged adobe-illustrator vector shapes drawing cs4 or ask your own question.

6
How do I create symmetrical curves on vector shapes in Photoshop?
1
Joining two halves of rectangle
1
Is there a way to wrap/offset while drawing to the other side of the image
0
Why my pen tool paths not divided?
0
Illustrator CS6 pattern brush stroke alignment
0
Stroke of diagonal triangle not lining up with stroke of rectangle. Points of stroke are over-extending anchor points
1
Why is the edge of this pixel-perfect rectangle in Illustrator still fuzzy?
6
Easier way to type multiple lines on a diagonal path in illustrator?