Foreground-Background Perception of a Logo

I am designing a logo for my website. The following is what I have now: 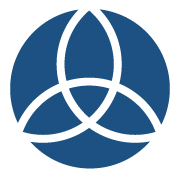 For most people, this logo is perceived as a trinity-type of white shape on a blue circular background. For me, it can also be seen as a blue circular shape with three flower-like parts expanding towards the top on a white background.

With the least amount of alterations to the logo, change the main, standard perception of this logo from the first (white on blue background) to the second (blue on white background).

Least amount of alterations means that I would like to preserve as much of the design as possible, including the single-coloredness, the number of little shapes (7) and the minimalistic feel of the design.

I would love to understand the principle behind what governs these perceptions, and what factors determine how the logo is perceived in one way over another.

Thank you for your help and understanding! 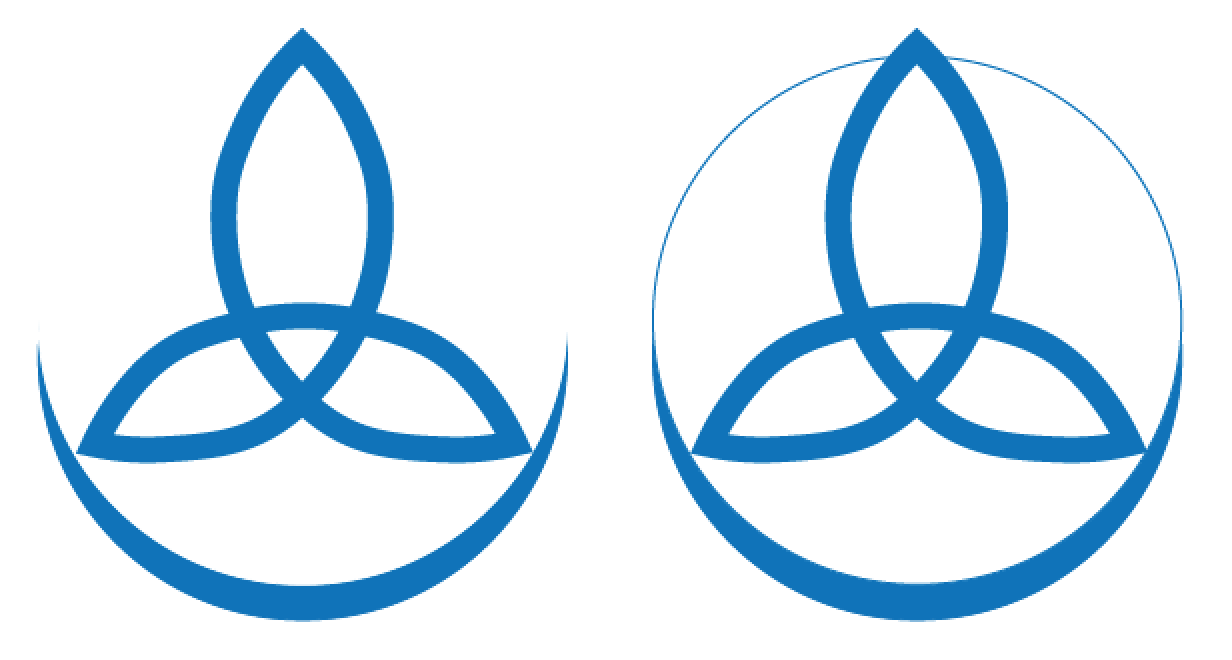 If you want the three top shapes to be flower petals or leaves, don't make them ambiguous.

Right now it has additional arcs (if I'm understanding your "three" correctly, and I may not be) and everything is the same color and shape. So change that. 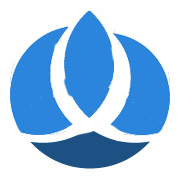 I removed the lower arc line so you have four distinct pieces rather than seven. That makes the "top three" clear. I colored them differently, making them even more distinct. I then reduced the size of the left and right petals.

That will unambiguously make this image "three blue leaves/petals on a white background." Tweak as needed for your corporate requirements, obviously, but this is the direction I think you need to aim for to get what you're asking about.

You could use a slight offset shadow.... pushing the blue forward... 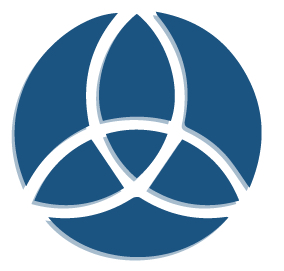 You could add a gradient to the blue, place some darker colored strokes along a few edges to indicate a light direction and add a global highlight to the blue... 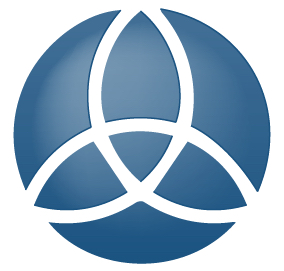 There is no "typical" perception to these sorts of items. Many will see the white shapes... and just as many will see the blue shapes. It's an old convex/concave dilemma. The only way you can ensure a specific perception is via other objects or interaction via light/shadow. 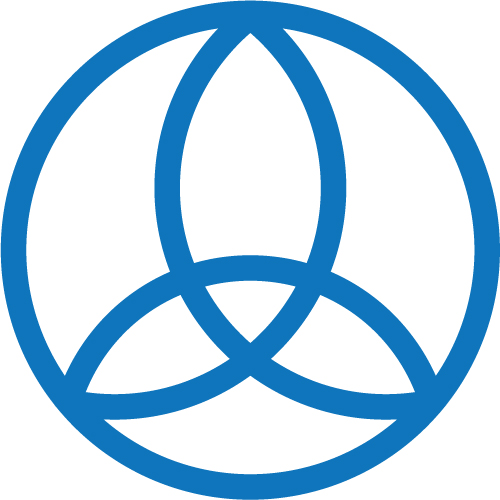 I find it somewhat hard to imagine the 3 blue "petals" as the foreground. I'm having trouble working out which one is in front of which one, and that keeps niggling and messing with my belief that they might form a consistent whole. However, the blue circle is easy to see as a background. It makes perfect sense on its own, if you remove the foreground. And the lines make perfect sense as a foreground, so there's no reason to see them as a background.

This is reversed for Lauren Ipsum's flower: each shape makes sense as a petal of a flower, but the blue shapes taken together don't make much sense as a set of gaps between lines, whereas the lines are simpler to describe as gaps than as lines. The lines could be a foreground, but they don't quite line up where they expect them to. If they're a background, they make perfect sense.

I can see two basic ways to make your blue regions seem like a foreground. First, you could use a different colour for the parts where two circles overlap. This would create a visible interaction between the three circular regions, so that it was clear they were regions. It would also preserve the symmetry of the logo. But you would have to be careful to make sure the 4 inner regions don't become the foreground.

Secondly, you could make the white lines seem more like a background. I think any pattern of lines will make some sense as a foreground. But I think it's possible for the lines to make more sense as a background than as a foreground. One way to do this would be to make each of the intersection regions, between each pair of petals, slightly smaller. Then each long edge of such a region would not quite line up with the corresponding edge of the centre region. Also, the thickness of each line would vary in a specific way. It would be easy to describe the varying thicknesses and not-quite-lining-ups as the gaps between the seven blue regions. But if you tried to describe the way the lines changed thickness, it would be difficult. This would make the white lines seem more like a background image, because it would be simpler to conceptualise them as gaps than as lines.

Lastly, you could change the border of your logo so it isn't a perfect circle. The arc describing the outside of each outer region doesn't have to be centred at the centre of the circle. You could draw any other circle through the two corners of the region, and you would still get a symmetrical image if you made the same change to all three outer regions. This would make the overall blue shape make less sense as a background.

Make the blue part to have a proper 3D look. This is extruded and the viewing angle is few degrees off. The result is usable also in BW.

Not the answer you're looking for? Browse other questions tagged logo perception or ask your own question.

5
Need help with logo design and its transparency
4
How to have a 2-color logo put on a color background of the same hue?
0
Whats an appropriate *default* set of formats/styles for sharing initial logo drafts with a client
0
First time getting a logo designed
1
Need help making my logo stand out from the background
1
should white text be knockout for logo on top of a background?
3
Should I export my logo with the padding?
2
Palette of at least 10 hues with 4 lightness levels (by perceived appearance)
0
Critique request: Logo design for a tech company