How to turn a bezier curve into a shape?

Forgive me, I'm rather new to Graphic design. I'm currently making a font (in inkscape), and have been drawing the characters using bezier curves. An example can be seen below. 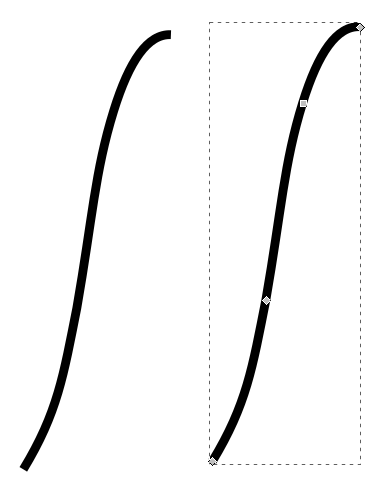 However, when I try to assign a keystroke to the shape using inkscape's built-in svg font editor, the font editor reads the curve as being filled, as can be seen below. 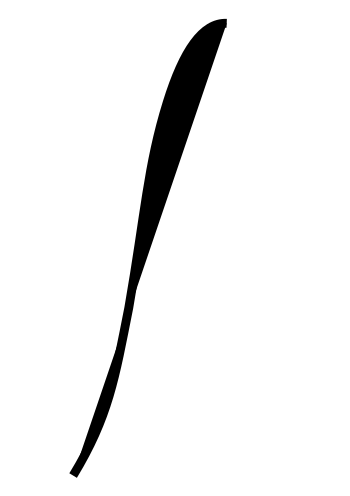 How can I make the bezier curve itself, plus it's width, into shape as opposed to just a bezier curve line, such that It gets read properly by the SVG font editor?

Go to the Path menu and choose Stroke to Path: 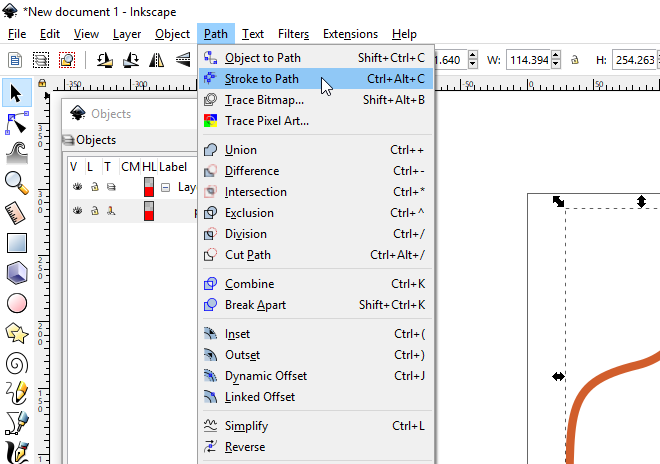 Not the answer you're looking for? Browse other questions tagged inkscape font-design bezier-curve or ask your own question.

0
Clip or erase portions of a spirograph shape in Inkscape?

4
How to twist a complex shape in Inkscape?
2
How do I clip parts of my Inkscape diagram such that its corners are perfectly rectangular?
10
How should I approach designing special characters I am unfamiliar with when designing a typeface?
5
Inkscape: after bitmap trace, break shapes into own paths (for css animation)
1
(AI) Making curves & angles more uniform?
0
Why is Inkscape creating a diamond-shaped hole when I fill in my path?
0
S-shaped(ish) Bezier curve control points? (GIMP)
0
How to make an open bezier curve?
0
How can I make a curve match another curve in Illustrator?
3
Parabolic curve with straight lines to create a self-contained shape