How to make sheep icon

I am working on designing animal icons and was curious the best way to create a sheep icon. I am looking for the most efficient way to make the circles on the fur. 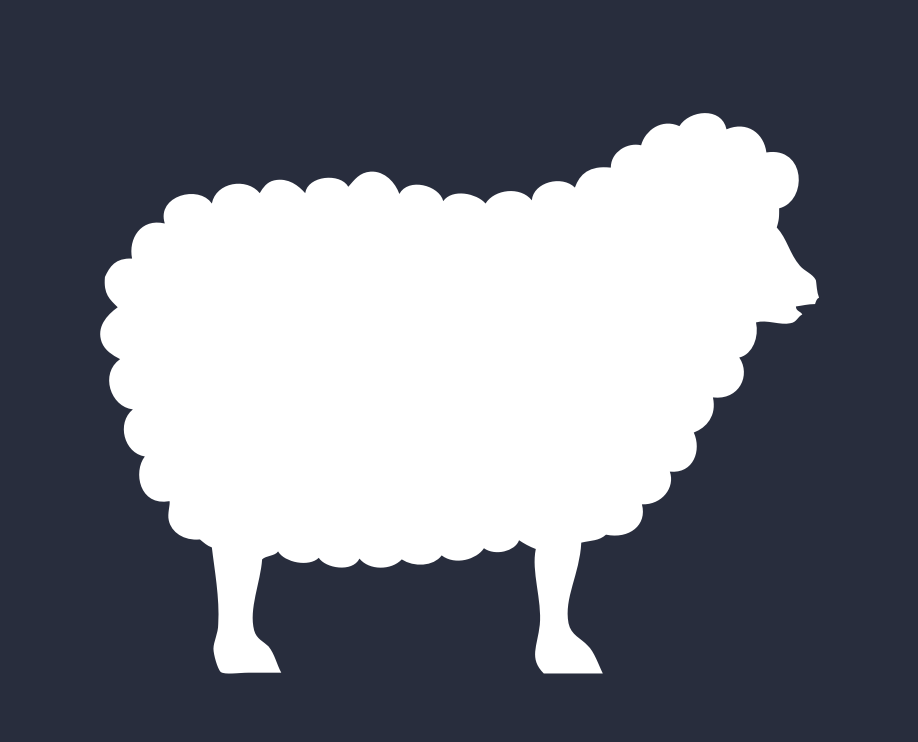 It may be too late for you, but to expand on the concept of copying circles along the sheep's perimeter, I created a partial one for demonstration purposes.

First I drew the overall sheep using the vector tool. I inset the wooly bits some so there'd be room for the circles.

Then I created an oval and positioned one in place. I then duplicated it (option-dragged the outline), rotated it (command-dragged a corner), and resized it (option-dragged an edge for mirrored resizing to simplify things) until it fit. Repeat the process until you've created them all. (In one case I edited an oval in vector mode because a "pure" oval wouldn't mimic the original.)

Then I selected everything and combined the shapes as a "union" (Layer > Combine > Union, or the Union button in the toolbar).

It's a bit time-consuming, but not bad. Though I obviously didn't create all of the ovals, the part that I did do took about 20 minutes (yes, I'm avoiding real work).

Create the rough outline for the fur first. In Object > Path > Add anchor points, add as many anchor points as you want which will serve to create the curves for the fur. Then in Effect > Distort & Transform > Pucker & bloat, add some bloating. You should get something similar to this: 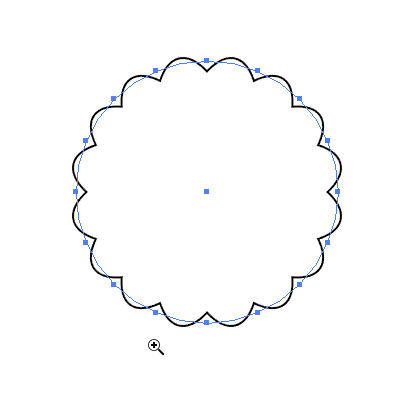 Not the answer you're looking for? Browse other questions tagged vector icon sketch-app or ask your own question.

4
What icon fits “navigation”?
7
How to resize icon sets in Photoshop?
18
Best workflow for icon design: Start big, or start small?
3
How to go about creating an Icon Pack
3
Are flat icon and logo design considered inside the same set of skills?
4
What could be most indicative icon for “Blog”?
1
How to create line icon comprises paths in sketch?
0
What are the Best Sizes for Designing an Icon Set Used for Web
0
Standard icon for SMS