How to manipulate the gradient mesh correctly?

i am learning about illustrator technniques and i want to do this tutorial:

design.tutsplus.com/tutorials/how-to-draw-a-vector-t-shirt-and-apply-a-pattern-to-it-in-adobe-illustrator--cms-28926 (sorry for don't put this like a link, this don't leave me to add more of 2 links)

Basically, i use the mesh to create something like this: 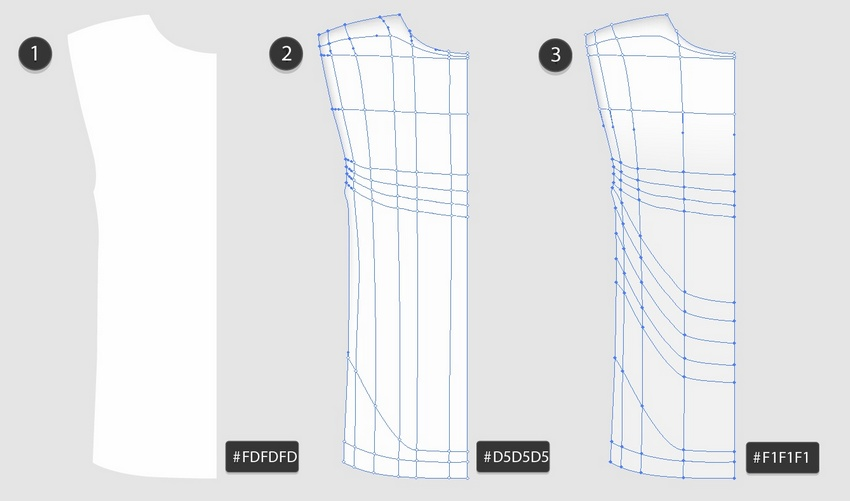 The problem is that i cannot do the mesh like the example of the tutorial. I start drawing the shape with the pen tool. Then i use the mesh tool to create the lines, but the lines is not even close that the sample was. See my example: 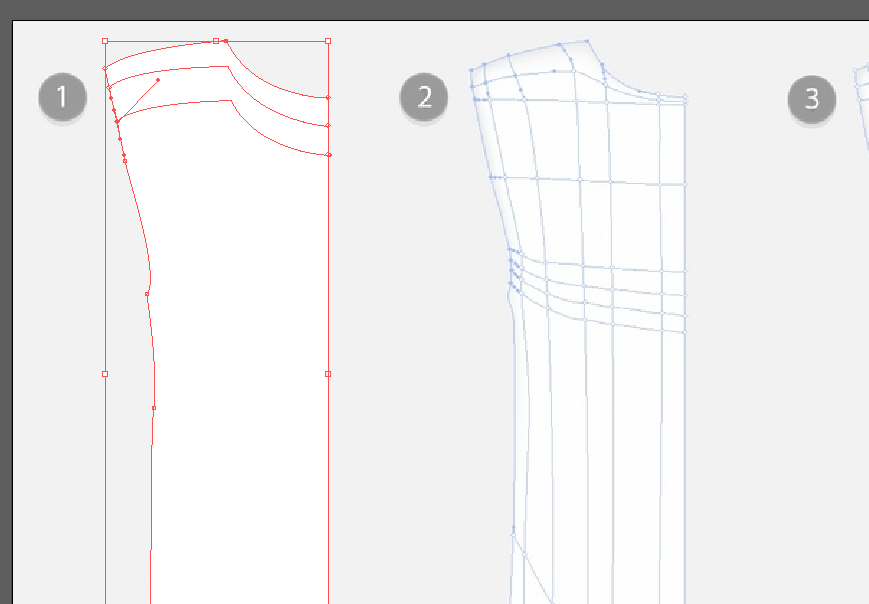 So, i try to do the shirt starting with a rectangle. This don't work neither.

What i should to do? I need to move the points until see like the sample? There Is another way to use or manipulate the mesh tool points and i can get the mesh like the tutorial? Thanks for all your help.

Illustrator will occasionally throw in Helper points on a mesh. These helper points are not immediately visible on the mesh. Their presence is often indicated by a sharp corner or direction change in a mesh path which doesn't seem to adhere to the bezier handles and points you can see.

Your image would seem to have a couple of these helper points.

To remove the Helper points, switch to the Subtract Anchor Tool (Just tap the - [minus] key on the keyboard).

As soon as you switch tools, you will then actually see the helper points, and can subsequently click them with the Subtract Anchor Tool to remove them. Adobe states the Helper points are smaller than actual mesh points -- that may be true, but to my eyes they aren't really much smaller.

When building a mesh on a complex shape, you often need to switch back and forth to the Subtract Anchor tool to kill the auto-generated Helper points. Basically, every time you add a new mesh path you need to check for helpers.

And it's also helpful to realize that you can place smaller meshes on top of solid shapes to create dimension. You do not ever need to build 1 mesh for 1 object.

Also be aware, you can slide a mesh point along it's path by holding down the Shift key and then click-dragging the point with the Mesh Tool. (You can't slide or edit Helper points. You can only move or remove them)

Not the answer you're looking for? Browse other questions tagged adobe-illustrator shapes pen-tool gradient-mesh or ask your own question.