I would like to fill a polygon grid automatically with a gradient in Illustrator. How can I achieve this?

Each polygon shape has a total fill and no gradient within the separate shape.

If you have your polygons as individual closed paths, you can use a script. One is available as an example in scripting utility Scriptographer.

It's Colorizer.js and needs installed 32 bit Java. It takes a bunch of closed paths which are over a bitmap image (=imported JPG). Every path get new fill which is the average image color under the path area. The paths stay in vector domain, only their colors are calculated from the JPG.

Here the gradient was exported as JPG and reopened. Rasterizing only do not help. The green parts are the closed paths.

Paths and the gradient JPG are selected: 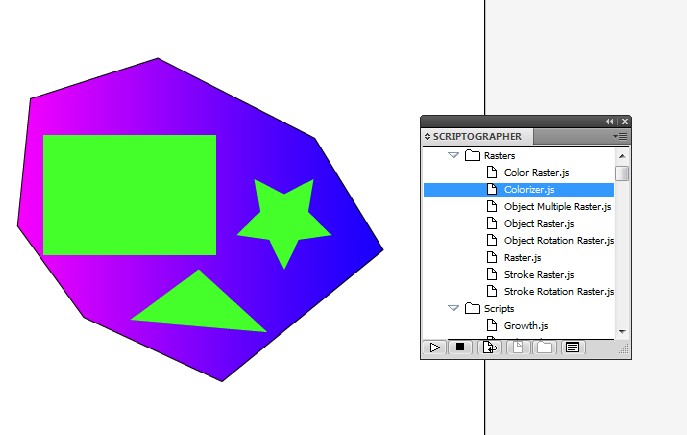 After running the script: 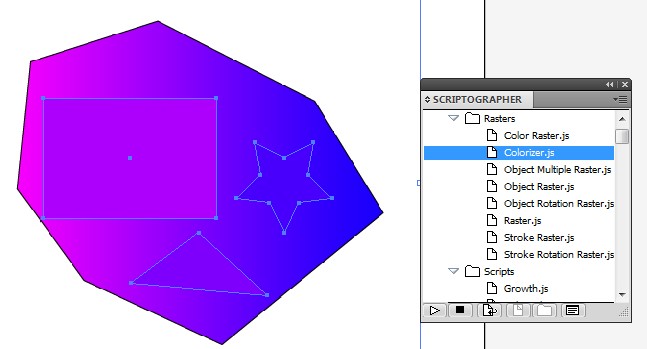 Scriptographer was created for legacy Illustrator. I have no idea how it works with Illustrator CC. It's still freely available from https://scriptographer.org/

Not the answer you're looking for? Browse other questions tagged adobe-illustrator gradient or ask your own question.

0
Fill complex technical drawing with a gradient
2
How to fill radial array with gradient?
3
How to make gradient tool annotators snap to grid
0
How to do a gradient in the same contour of the object?
6
Gradient effect with dots
0
In photoshop how can you fill each selection with its own individual gradient automatically?
0
Join paths to make one single line drawing so I can gradient the stroke
1
How to fill this pencil shape with gradient in illustrator?