This is really throwing me for a loop. For some reason, when I copy and paste a portion of an image in a document (with an embedded colour profile), the pasted image is a different colour than the copied image.

Here's how I'm testing it:

(I'm doing steps 4 and 5 because the image is semitransparent)

This results in a clearly visible rectangle differentiating the pasted image from the original. The pasted image is slightly (but very noticeably) darker.

I've tried changing the colour profile settings around including all three options of disable, preserve and convert, and there is no discernible difference to any of those options. Exactly the same result: clearly darker pasted rectangle.

I don't get it. What am I missing?

Note: This appears to only happen for semitransparent images, I just noticed. When I do it to a solid-colour image it looks perfect.

I think this all comes from the fact that your image is semi-transparent and a confusion of how selections work...

You're then making a selection from a semi-transparent image, but your selection isn't an opaque rectangle; it is also semi-transparent. Using that selection on another layer will only affect that layer as much as is selected. So if you make an 80% opaque selection, that will only delete (or whatever else) 80% of the layer you are using it on. If the layer you are using it on is also 80% opaque, then it will only affect 80% of that 80%, not 100%...

As an example, take these two 80% opaque squares: 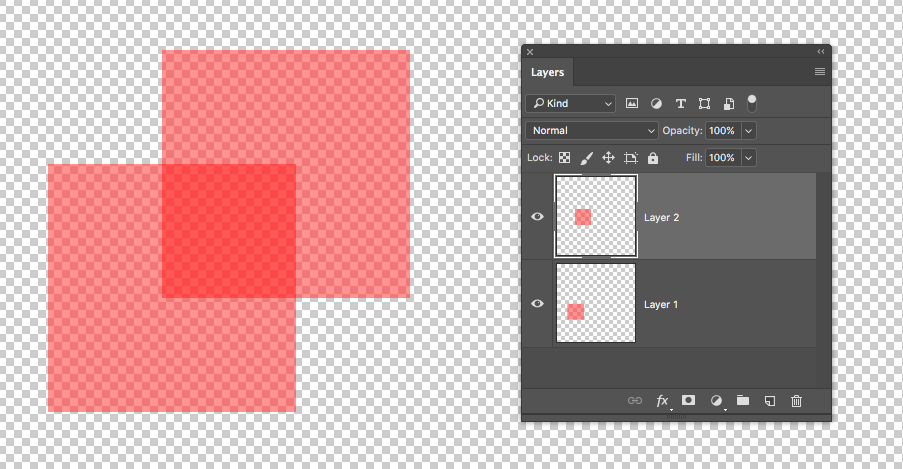 We cmd+click the top layer to make a selection, then use that selection to delete pixels from the lower layer. Only 80% of the transparency of that layer is deleted: 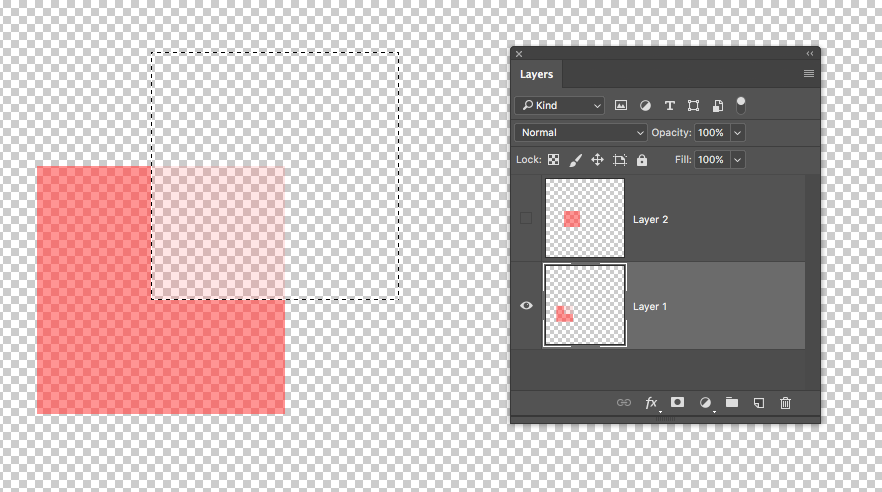 So even after deleting the from the lower layer with the selection made from the top layer, there is still the darker intersection: 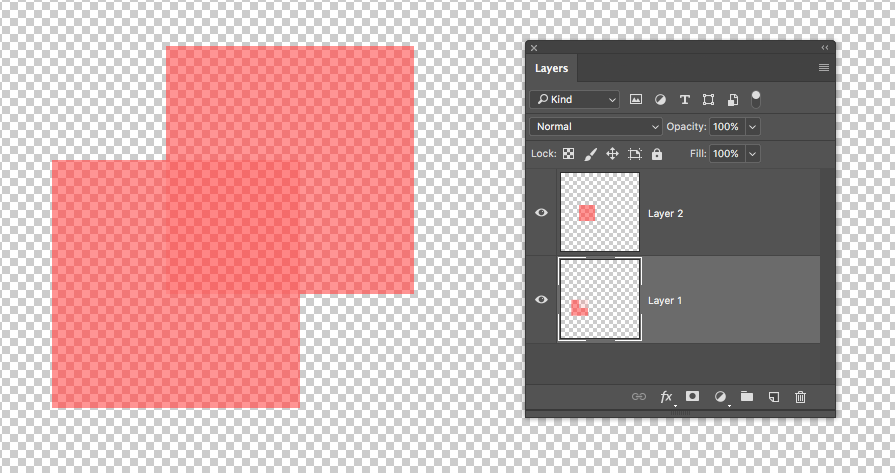 I'm not entirely sure what the desired outcome is here, but if you want a fully opaque selection from a semi-transparent layer then you're better off using the regular selection tools rather than making the selection from the layer itself.

Not the answer you're looking for? Browse other questions tagged adobe-photoshop color-profile or ask your own question.

1
How do I preserve transparency over a 'paste' operation in photoshop?
6
How to copy a vector mask to another layer in photoshop cs6?
3
Convert vector mask to shape layer
1
Does the inDesign working space apply to placed images as well as text and lines
1
How to make a screenshot from Corel 2017, without converting through my monitor color profile?
0
Assign Profile using a custom color profile from another image
0
How can I distribute many rectangles inside a larger rectangle, minimizing empty space, without rotation?