I want to take a photograph and distort it as if it were being wrapped around a satellite dish; that is, concave, a parabolic shape. Or a singularity if you will. I've messed around with envelope distort and tried searching for answers, but I'm coming up dry. Any suggestions?

You can wrap your photo around a dish in Illustrator or Photoshop and get the same results. At first you need the dish.

I assume that exact paraboloid is not a must, circular or even elliptical revolution surfaces are near enough. In the following screenshots a solid fake parabolic dish is made by cutting pieces of ellipses in Illustrator and revolving them with Effect > 3D Revolve: 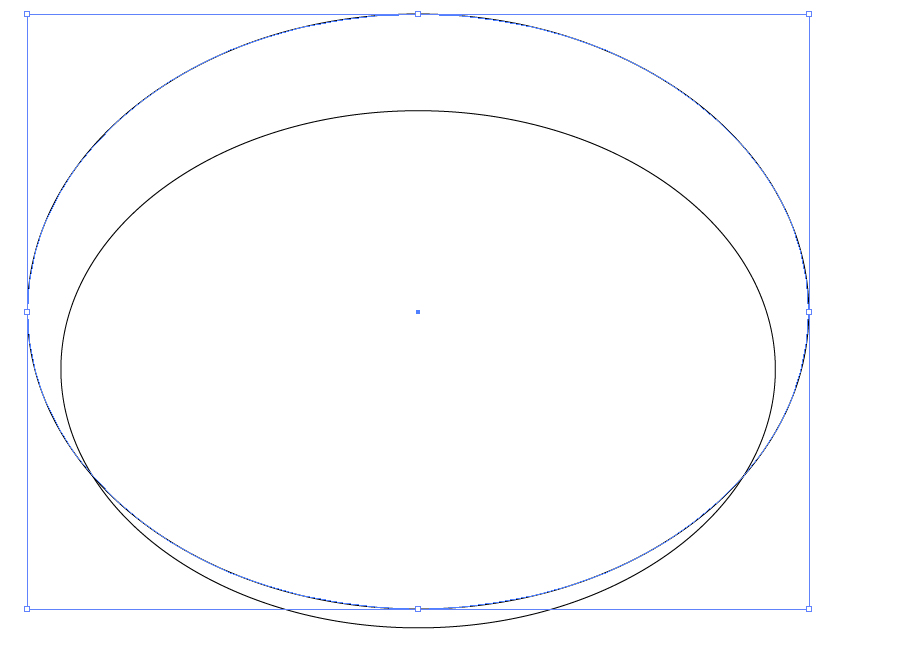 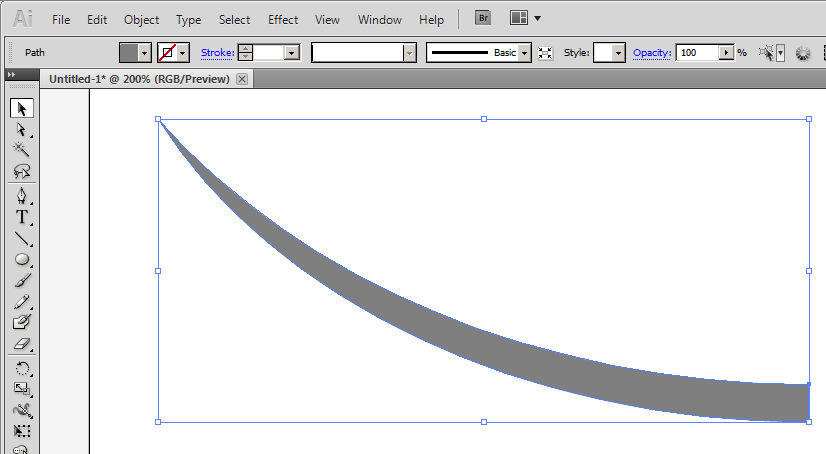 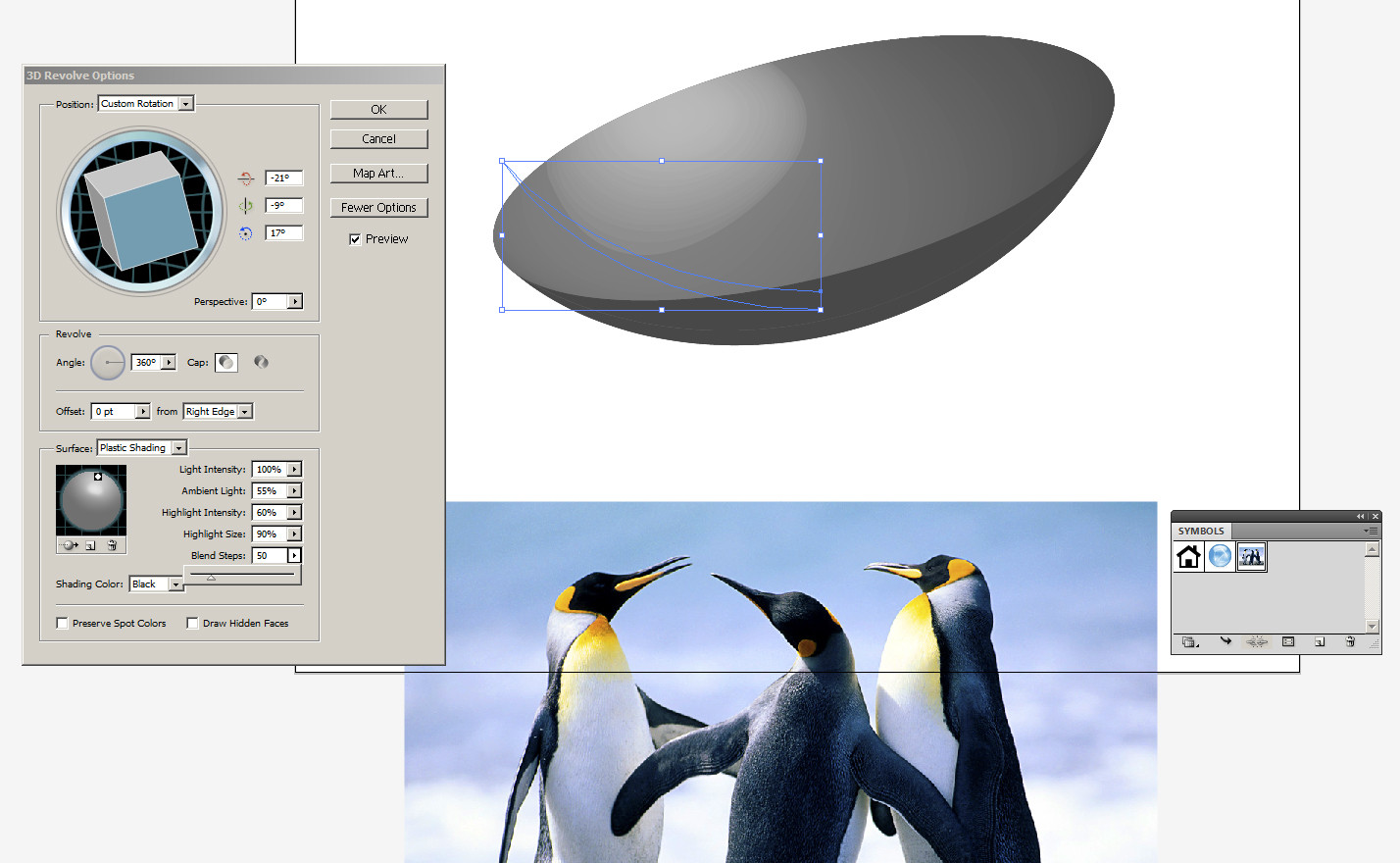 At the bottom is lurking a Windows sample photo "Penguins". Its dragged to the Symbols panel to be used as a surface texture.

The symbol containing the penguins is selected to be the mapped texture of one of the surfaces. The image is dragged to fill the space. You do not have easy control methods on how Illustrator does the mapping. 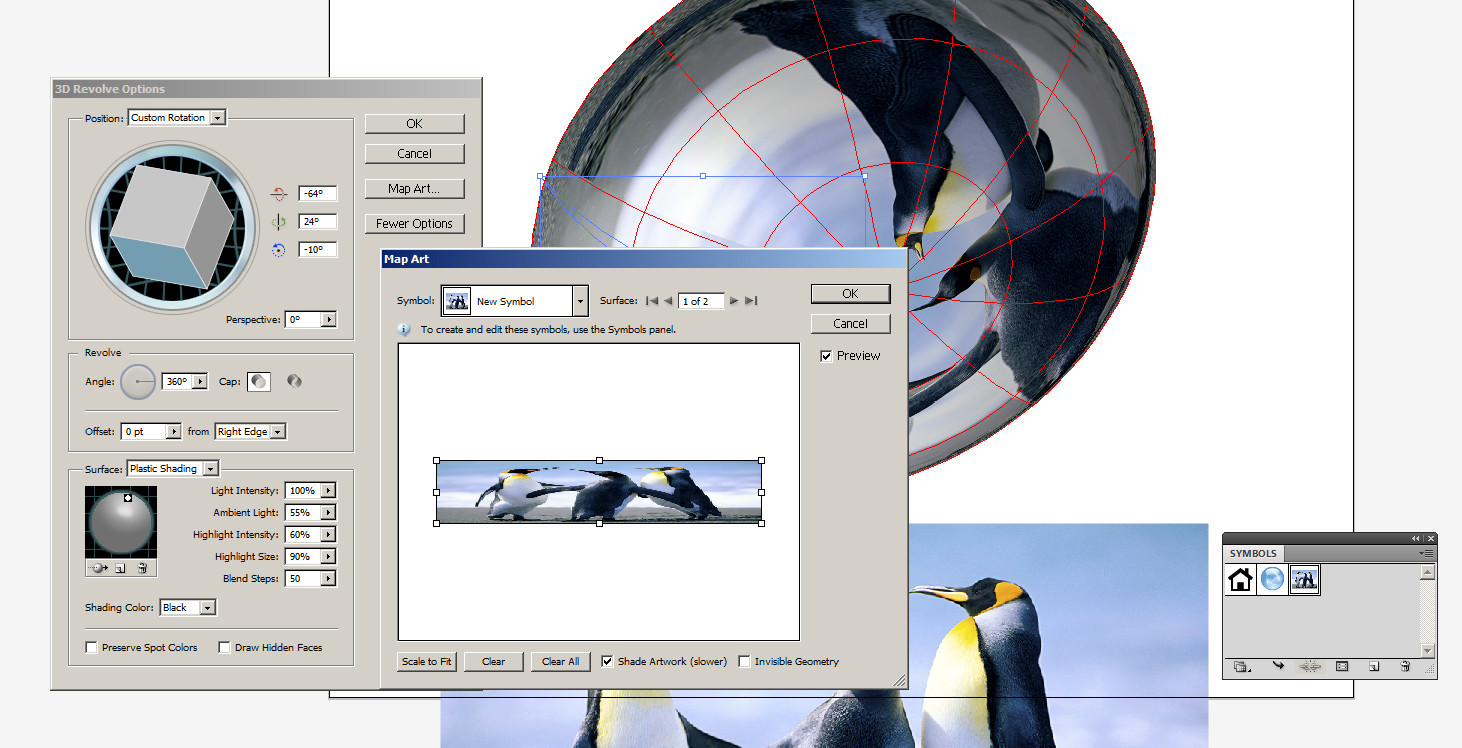 At this point Illustrator freezed because I had too many opened test versions and also a parallel version in Photoshop.

But we can watch the rest of images from Photoshop. There I had opened approximately the same fake parabolic dish which was created as OBJ file in freeware CAD. In the next screenshot I opened the same Penguins photo as a loaded texture: 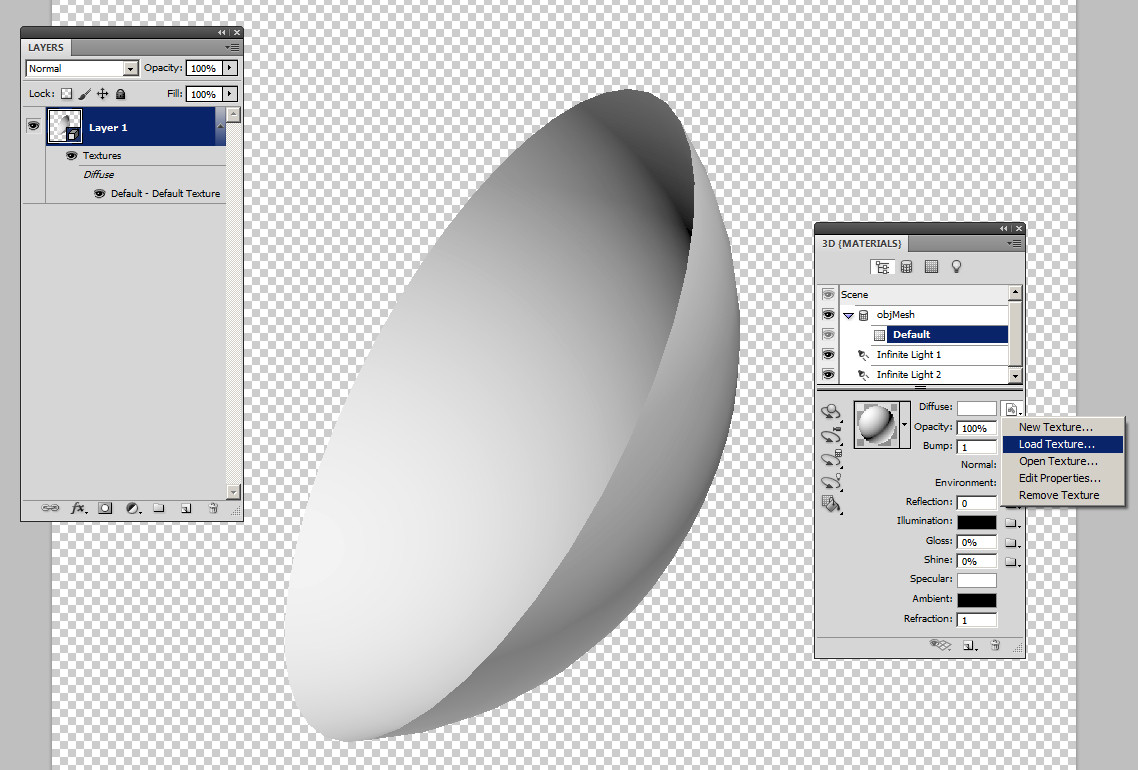 If one loads a photo as a texture, PS selects without asking some method to map the photo. By selecting "New texture" there's more selectable, but it's out of the scope of this answer. It's also useless because I have legacy Photoshop and Photoshop's 3D has got plenty of new in modern versions.

Legacy Photoshop puts the selected photo onto all (=both) surfaces by using the simplest possible mapping. Here's the result seen in few different views:

If you want one photo distributed exactly once over the two sides of the dish, you can divide the photo. In Illustrator have the halves as different symbols. In PS in the simple mode combine 2 renderings with different halves as their textures. It's a challenge to keep the continuity.

The mapping method used in Illustrator and Photoshop might not be satisfactory in all cases. You might want standing objects to stay standig, only deformated a little. This can be achieved by applying Polar to Rectagular transformation before using an image as texture. The following strip shows the result in different viewing angles:

The leftmost is straight on the face. Only the faint shading on the top hints that this can be concave surface. The others are more clear due the heave distortion differences between the right and left sides. The convex side (not shown here) has extremely bizarre pattern, because the mapping compensates the polar to rectangular transformation right only on the concave side.

Which side will be right, can be changed by turning the image upside down before using it as a texture.

How to get the results without messing with 3D?

The straight on the face view (the same as generated in 3D without any gimmicks) can easily be made in Photoshop without 3D. Here it's without any shading. At first stretch or crop your photo to square. Then aply Filter > Distort > Polar Coordinates. If needed, apply also Filter > Distort > Spherize. It makes a little difference between convex and concave, but definitely not enough if there's not straight lines in the original photo.

Also shading is not enough to show is the surface convex or concave in 3D.

The case "keep it standing, no polar coordinates!"

In Illustrator working this job in 2D is perfectly possible with Envelope distortion, but it's difficult in practice to get good enough results. The controls of the envelope distortion mesh are complex.

In photoshop the warping is quite responsive for the job. At first increase the canvas size of the photo to get some room to play. Also add the wanted shape as a transparent layer for reference. Our objective is the red ellipse. It's an ordinary raster layer with reduced opacity. 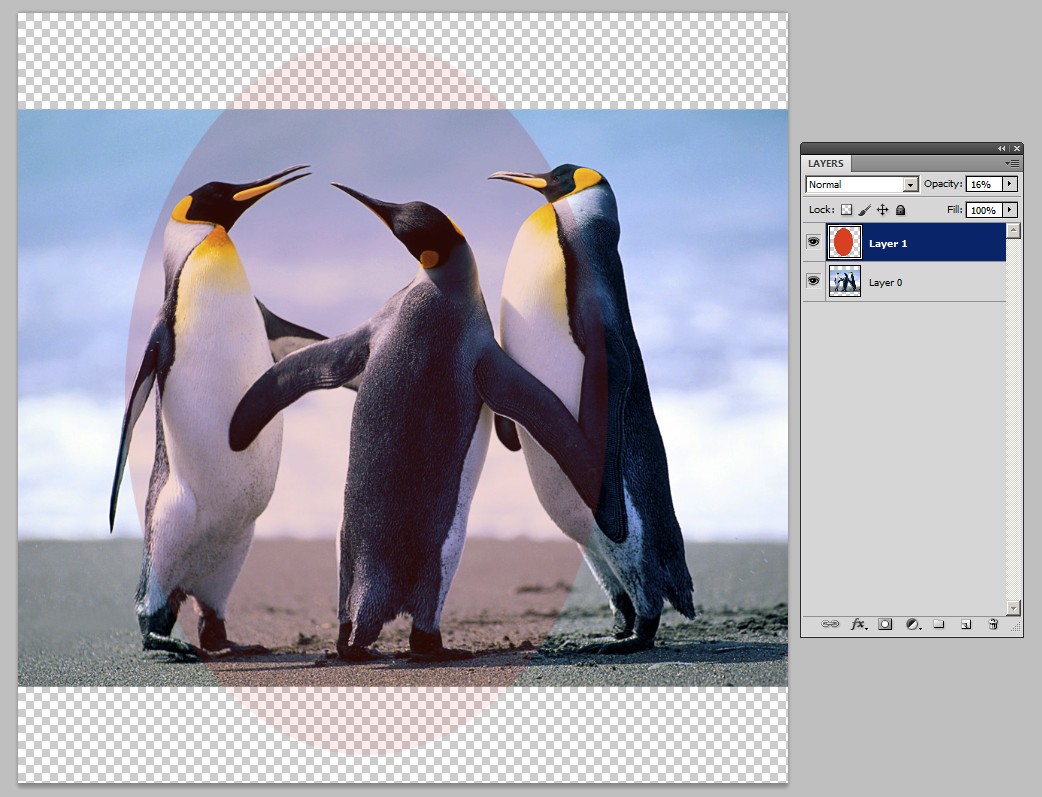 Select the photo area and goto dit > Transform > Warp. Bend the photo to cover the ellipse but having a form that resembles the beforeseen renderings: 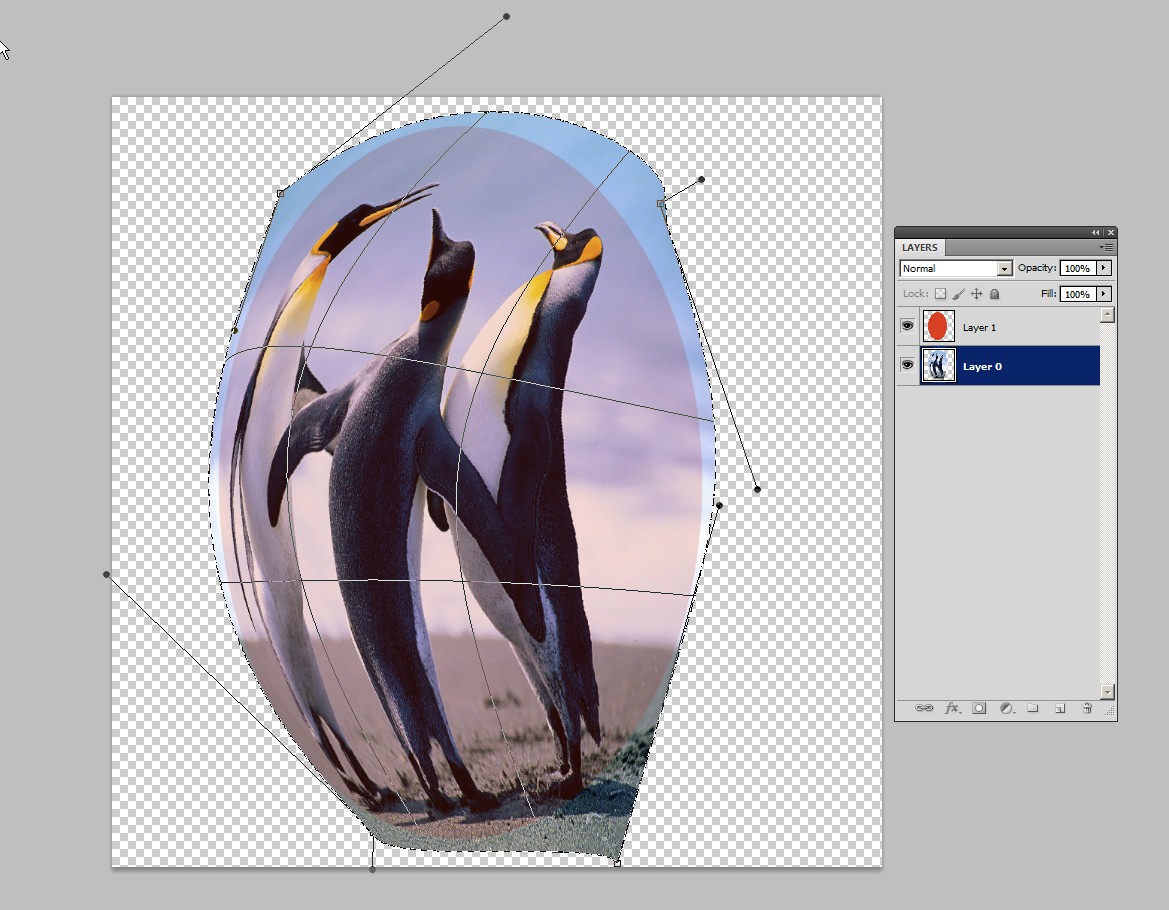 Select the exterior of the ellipse with the Magic Wand. Use that selection to delete the extras of the photo. Add an adjustment layer Curves to reduce the brightness and contrast in the shade area. I gave to it a black layer mask and painted a little white to the left edge to make a subtle shade. In the following screenshot the result is shown without and with the left edge shade. 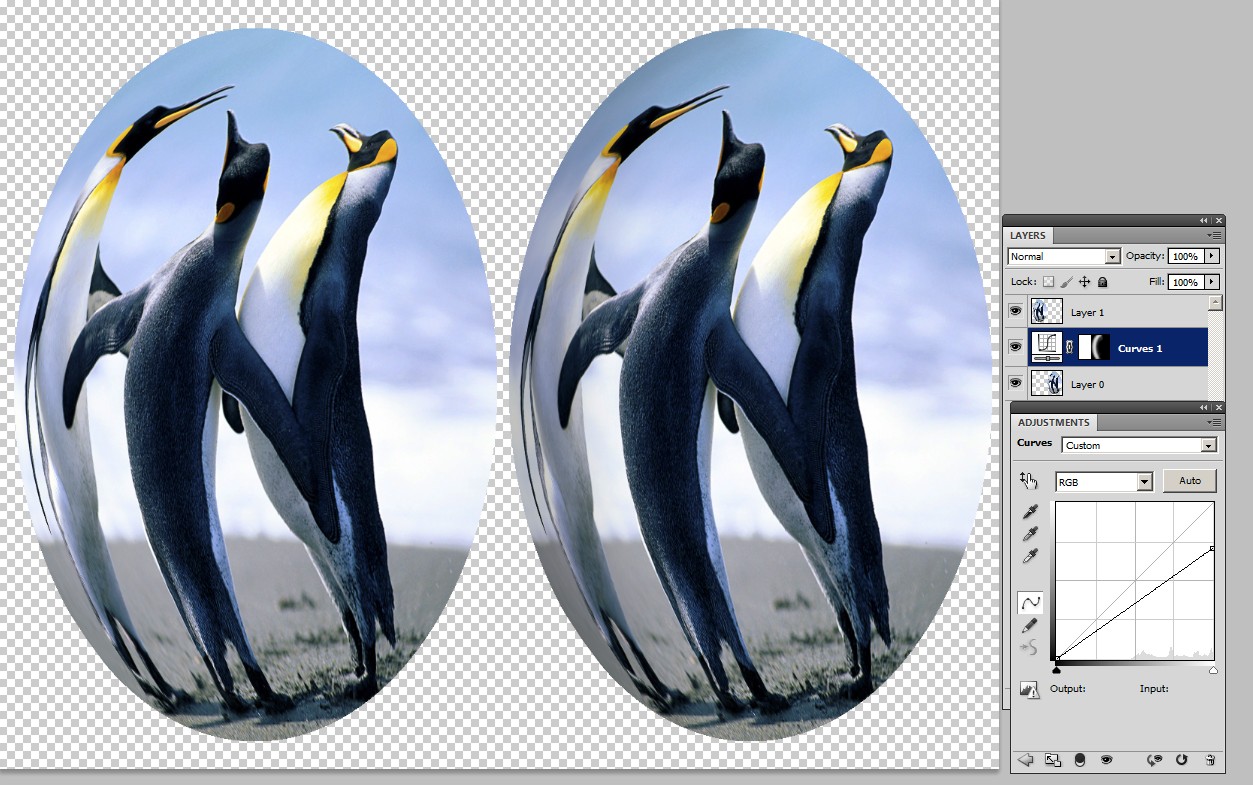 As you see, the 2D version has higher contrast than the 3D versions. That's because the lights are not set up properly for 3D rendering. They by default use blending modes which reduce the contrast often too much.

Note that the lights and shadows must be consistent in your whole artwork. The dish and it's texture can't be properly adjusted in isolation. The adjustment layers are extremely useful for that reason.

This is just an over-simplified example: 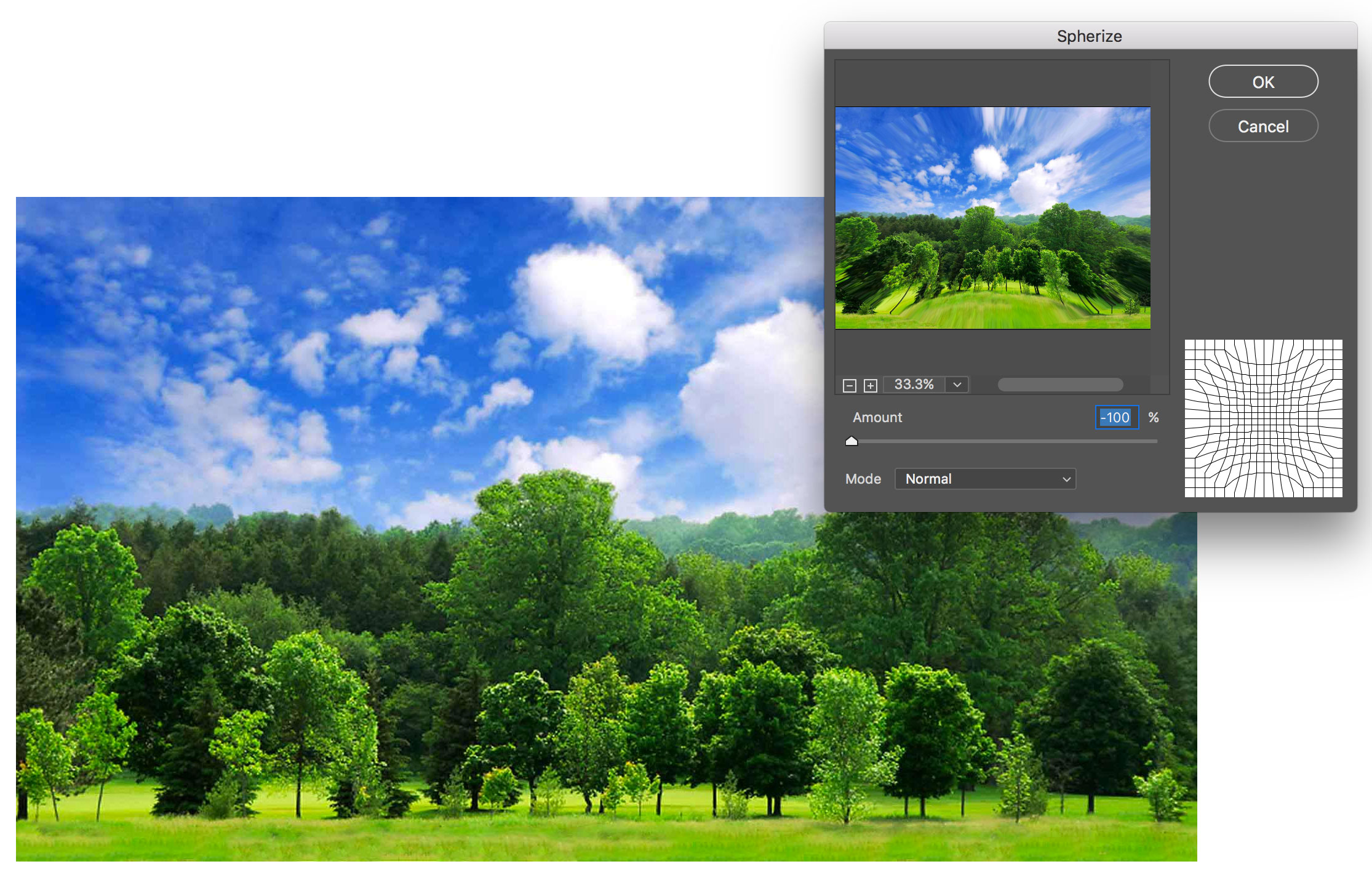 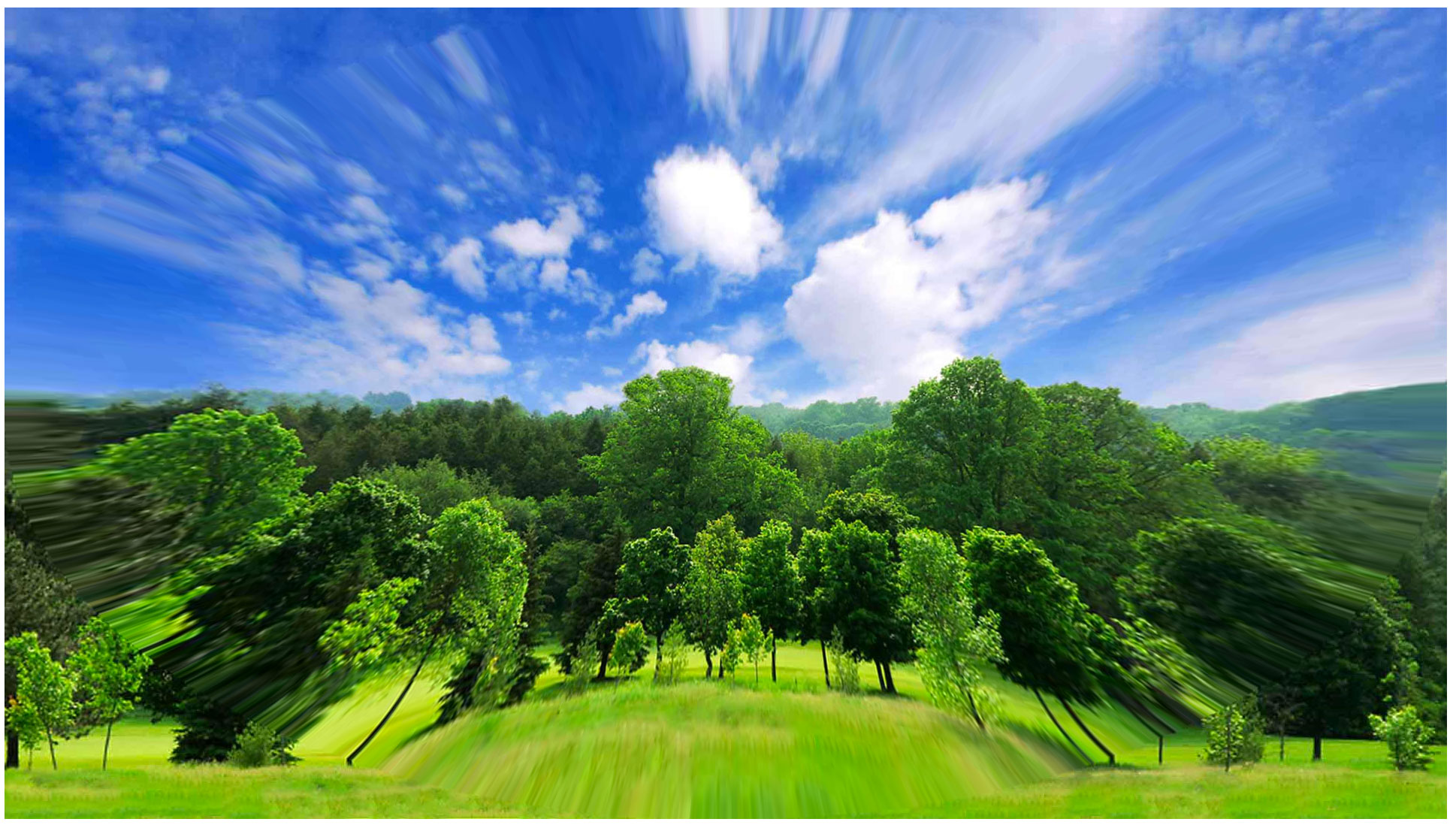 Not in Illustrator. It's no good for editing raster images. Illustrator is a vector image editor.

Not the answer you're looking for? Browse other questions tagged adobe-illustrator distort or ask your own question.

6
advise on “copying” text effect from existing logo
20
How to subtract text from a shape in Adobe Illustrator?
3
Envelope Distort: Stratight lines, not curvy
0
How do I reset a transform effect in Illustrator?
0
How to make a similar text effect?
1
Illustrator: Stop drop shadows appearing on artboard
3
How can I distort an image to wrap around a sphere with no pinching?
0
In Illustrator, can I make Envelope Distort with Top Object ignore clipped art?
1
Recreating cutup/displace/chopped up effect