How to make a glowing neon perspective grid in Gimp?

Iâ€™ve been experimenting in GIMP; I didnâ€™t get on so well with Inkscape. I want to get into retro designs in an 80's style. I found this old (closed) question with an 80's text made in GIMP but the grid and perspective tools are still a mystery to me.

I want to make a blue neon grid like in the following pic: 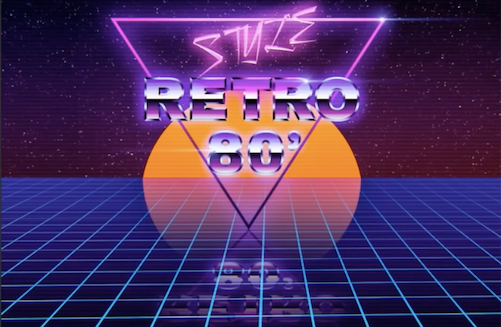 On my computer I just see the grid as white lines that I can adjust but only as â€śinformationâ€ť and not as an object with color like in the picture with blue squared lines.

I assume you want it sharper than in the example. So start with the wanted resolution. Here is taken 1600 x 1200.

The bottom layer is the background. The lower half is a blue-black gradient. The upper half is here only black: 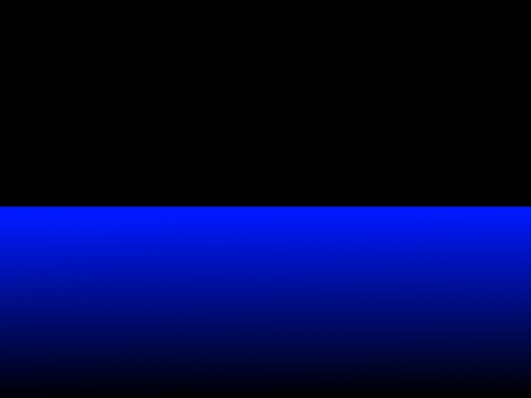 The next layer is the grid. If you want it single color, you can now select the wanted color. You can change the color later easily. I made it cyan. The grid is drawn by filter Render > Pattern > Grid: 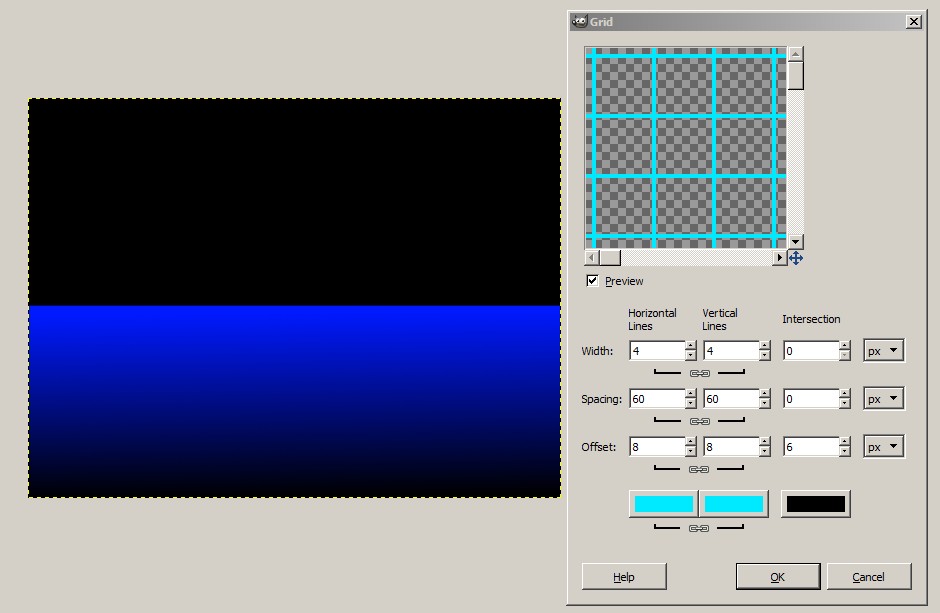 Unfortunately GIMP does not show the result fullscreen as you set the filter. Maybe in the future versions. But the filter works anyway and there came out a fullscreen grid.

The line widths are 4 pix. Horizontal lines shrink 50% when the perspective is applied. They stay thick, if you make them wider, for ex. 6 pixels.

The perspective tool was used. The top of the grid was pulled down to the center of the image and the bottom corners were pulled to far left and right. 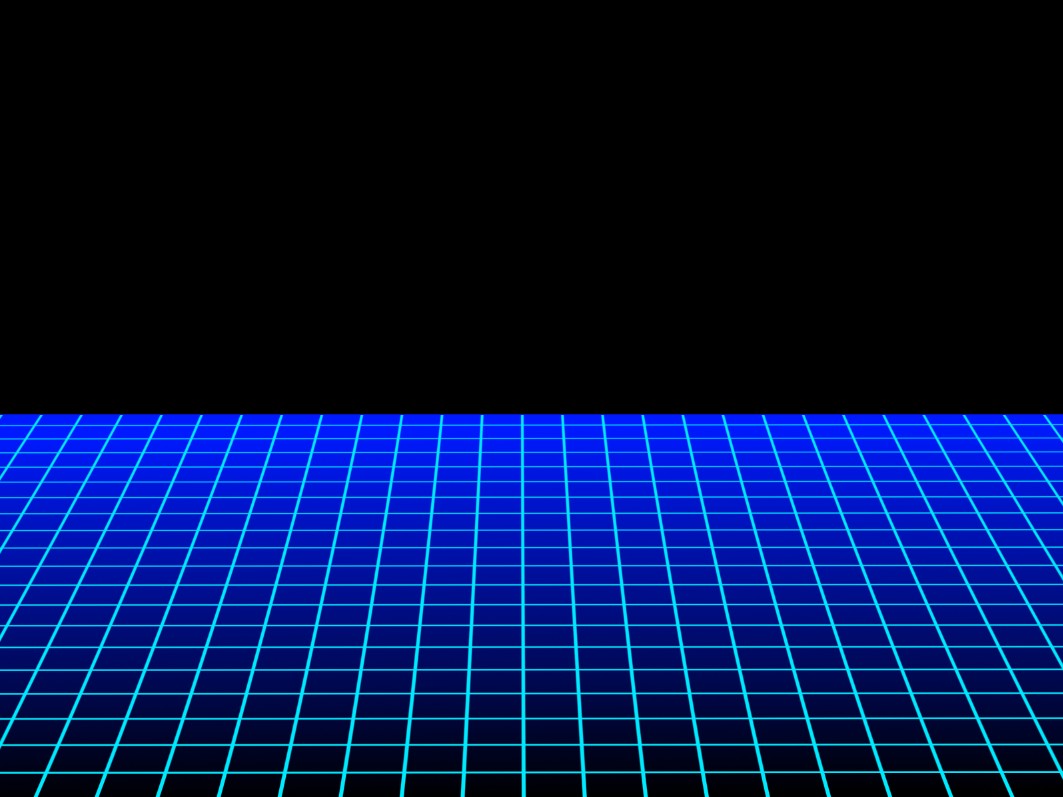 If you want the grid to mix to blue at the middle of the image, you can add a coloring layer. Alternatively you can add a layer mask that fades the grid. Here is cyan to blue gradient for coloring. It's blending mode is "Color". The opacity controls the depth of the effect: 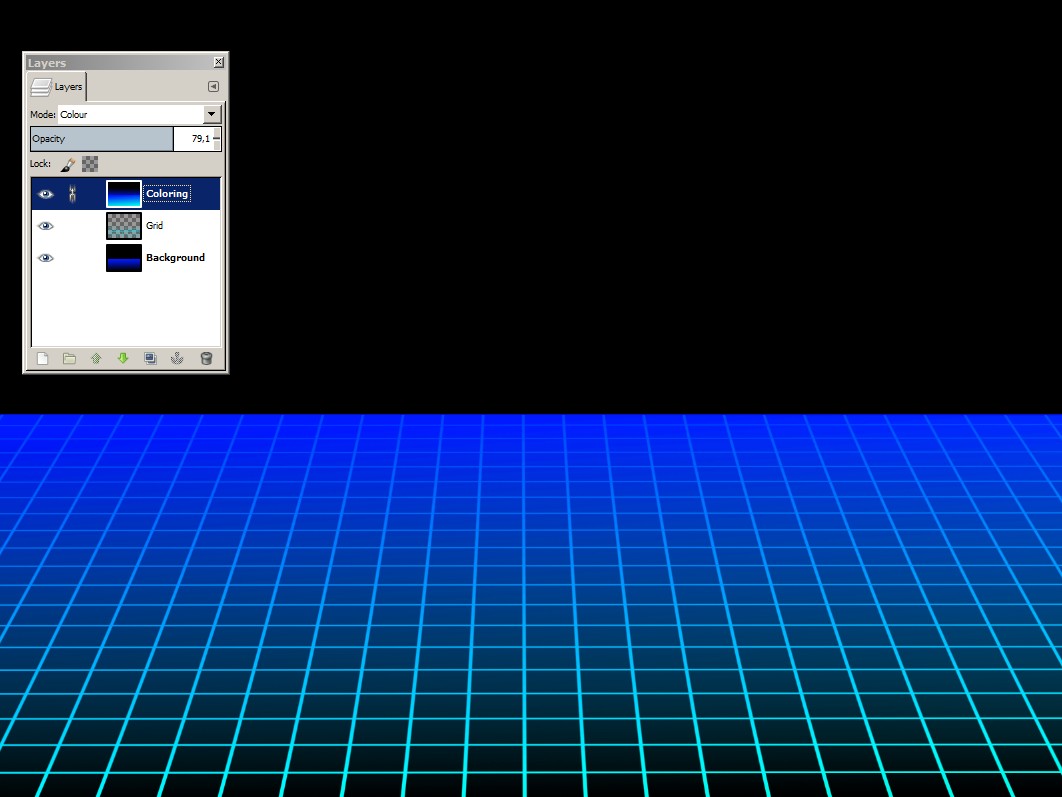 The coloring affects also to the non-black part of the background. That can make the result richer. The following is the same with a layer mask, which is more controllable, but also maybe more clinical: 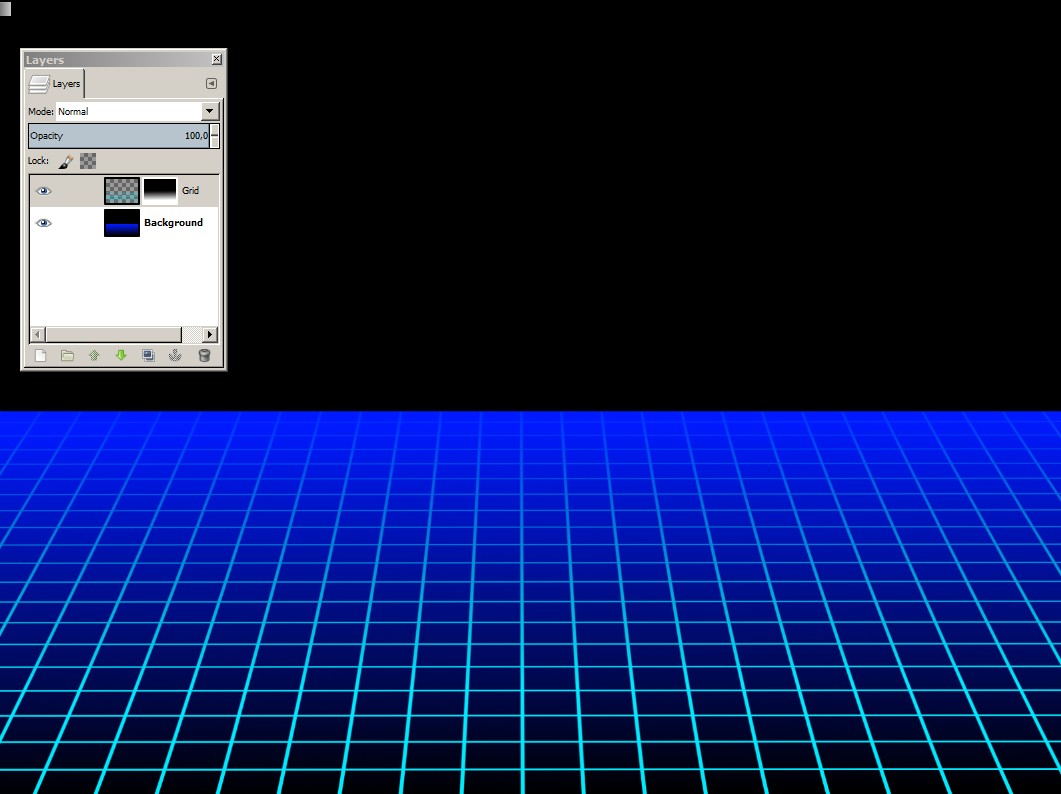 3
How to remove the black grid from pictures done with black-gridded papers?
1
Curvilinear perspective with Gimp
2
Image loses transparency when added to another image
5
Gimp Non-square resize
5
Convert to BW by replacing colors with "shapes" (for printing)
1
How to transition to Gimp as a Photoshop user
0
Tron style 3D wireframe matrix surface effect with Illustrator?
0
Centered grid with GIMP
4
Perspective warp in one dimension only
2
Effective background removal from portrait photo