Intelligent Headers And Subheaders In Indesign

I am working on a book of poems. Each poem has a title and some poems also have a dedication below the title (basically a sub header). I would like my Poem Title paragraph style to include a double space below it. I can set this up using:

This will push down the following paragraph.

I can see two ways of solving this problem:

Is there a better solution to this problem? Ideally I would like just three styles - Poem Title, Poem Title Sub and Poem Body. Is there a way to have the Poem Title only apply space if it is directly followed by a Poem Body?

It's a bit of a dirty workaround but you could add a baseline shift to the subheader to compensate for the space... 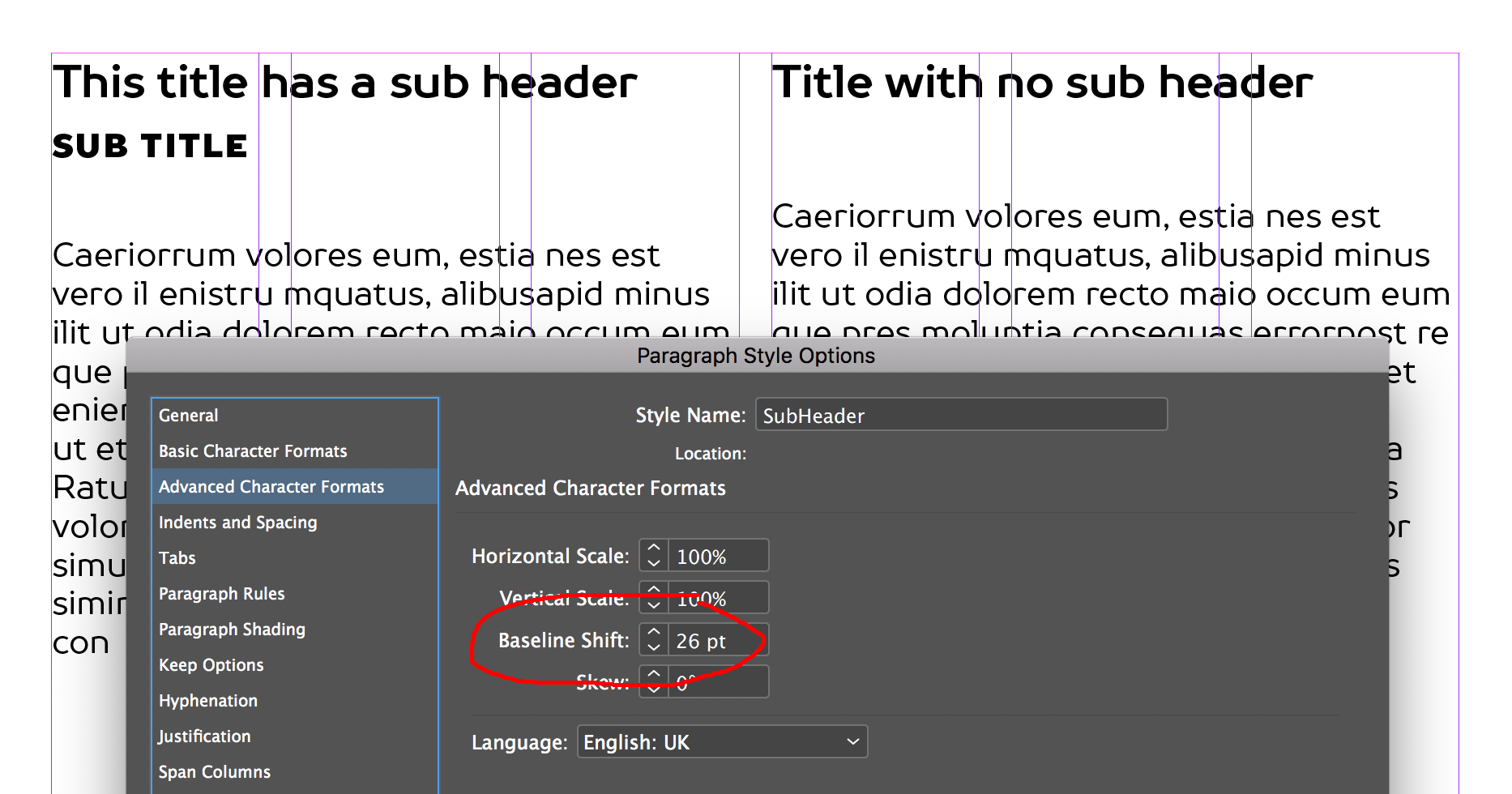 This works perfectly; regardless of how many lines the the header or subheader are etc... you just need to remember to adjust the baseline shift too if you adjust the header's spacing.

One drawback is that the cursor for your subheaders will appear where they should be, which can get a bit confusing...

Other than that, having an extra paragraph style is going to be the best option; a style for the first body paragraph would be my choice as you'd use it in all cases rather than having to change the header style based on whether there was a subheader or not.

Not the answer you're looking for? Browse other questions tagged adobe-indesign page-layout paragraph-styles layout or ask your own question.

9
Add a background-color to a paragraph-style in inDesign
5
InDesign grep rule that applies to everything then stops if it reaches a certain character?
5
Leading dots with right indent tab in InDesign TOC
2
InDesign GREP style ignoring last word
1
GREP rule to catch all types of web link / URL
1
Leading and aligning to a baseline grid in InDesign
5
InDesign: Adding space before the first paragraph
2
InDesign: Increase "space before" but only if content is above
0
InDesign: How to move a paragraph up or down without baseline shift?
1
Don’t add space between paragraphs of the same style