Easily round corners in After Effects

Does AE have a similar widget like the corner widget in Illustrator to easily animate corners to a rounded shape?

No, After Effects has no such widget.

Shape layers do have some control over corners, but you need to drill down in to the layer's properties to change them... 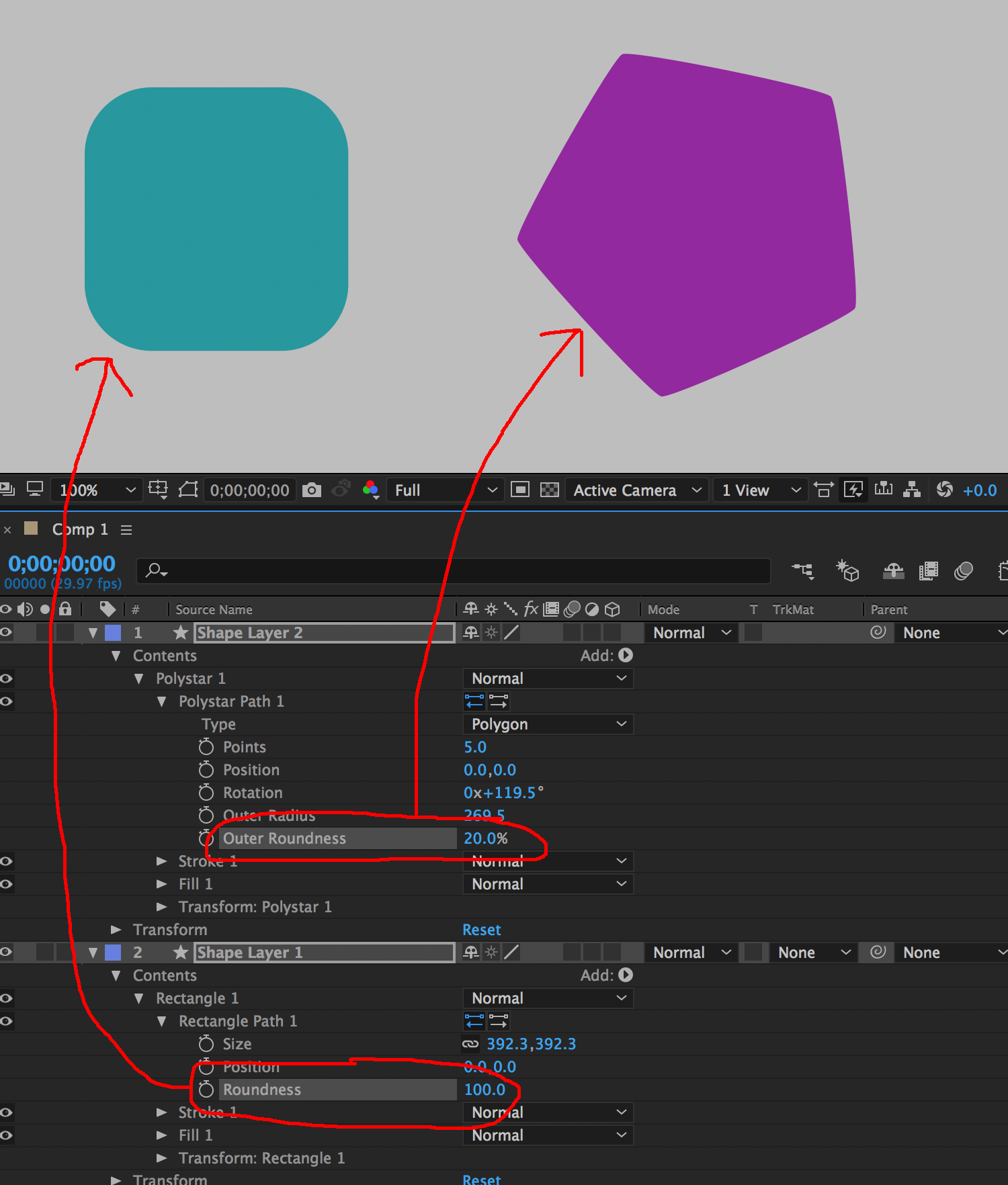 There may be plugins for After Effects that will give you the functionality you're looking for (there are similar plugins for adding AI-like stroke control for example), so that may be worth investigating.

One workarond is the matte choker.

First make the shape or design bigger than how you want. Then add the matte choker effect and set the geometric softness to a negative value. This will push the sides of the shape in and can cause rounded effects.

It works for some occasions but not all of them

There is a triangle button in the upper right corner under "shape contents" - it says "add".

share|improve this answer
answered Jan 28 at 19:58

Not the answer you're looking for? Browse other questions tagged shapes adobe-after-effects corners or ask your own question.