Equivalent for gamma control in image processors lacking it

In GUI photo editors that have a control for "gamma", I find this helps a lot with fixing vibrancy/fade issues, without greatly distorting anything else.

But several programs lack an explicit "gamma" control, and I find that hue/brightness/saturation aren't quite the same, while levels require a lot of working around to balance the different channels (master + 6 channels, not very successful!).

What does gamma actually do, and, what is the nearest equivalent for "gamma" on programs lacking an explicit "gamma" control (or how can I easiest get the same effect) in such programs?

Update at the moment I'm using an older version of Adobe Photoshop Elements (v10) and at times the MS Office 2010 Picture Editor. I might use other tools in future such as Photoshop or Gimp but right now I'm not a heavy graphics user; my editing is mostly related to making features clearer or more true to life in photos. I'm not looking for exaggeration of colouring for effect, as seen in some uses or on TV, but sometimes enhanced clarity is useful to let features be easily seen when photos are used to confirm what they show.

Your image has a fixed intensity range. This range is 0-1, altough it typically encoded as a byte so its 0-255, or possibly something else. In either case no matter how its encoded it represents a range of 0 to 1, unless its a HDRI image.

Since there is no data outside this range it follows: That there is no use adjusting brightness to brighten a image up. Unless your image happens not to use the full range, which more often than not it is. By brightening the image your just going to clip the image data, which is bad. But you don't usually want to do this. Instead you want to push all colors towards the brighter values.

This is what gamma does, it pushes values up by a power law expression. Since human eyes work on similar power law this distributes the colors anew in a meaningfully brighter way. You can look up the mathematics on wikipedia.* 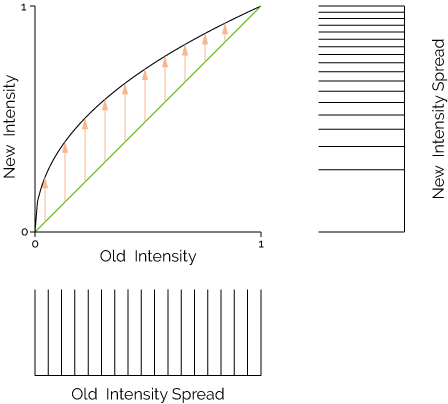 Image 1: Gamma concentrates color in the upper or in reverse values lower part of image.

As a rule of thumb unless you really have a special case, and know what your doing, then you never want to actually adjust brightness. If you want to make a image brighter you want to adjust the gamma instead. To make this clear what the layman calls brighter is really called gamma correction.

But my application has no gamma?

That is simply because gamma correction goes hand in hand with re-ranging of the data to the full 0 to 1 range. So the command is usually called Levels, like in photoshop. Levels combines gamma correction with black and white point compensation, because more often than not these operations go hand in hand. The middle value of the levels dialog is gamma! Its been applied after the back and white point is set as seen buy the graphic representation if you move the black or white point.

If you want to adjust just gamma leave all other adjustment to what they were and just adjust the middle value. There is rarely any need to adjust gamma by channel although that too happens if you get really into image manipulation.

* Just be aware that gamma correction is not usually done on the darkest intensities directly, because of numerical precision. Also that images already inherently are gamma corrected by default, just not necessarily the way you want.

Not the answer you're looking for? Browse other questions tagged color photo-editing rgb or ask your own question.

11
Gamma vs brightness - any difference?
6
What would be equivalent blue colour for this red/orange one?
2
Highlighting Section of an Image for Presentation
1
What's the math behind gamma in GIMP?
0
Levels/curves/gamma gradient in photoshop
5
Why do I have to use a gamma of 2.2 when using a JPEG picture?
7
Is there a standard for color wheels?
1
How to undistort this panorama image in Adobe Photoshop Elements?
0
RYB or RGB when designing for the web?