Making the most of 72 dpi images [closed]

I am working with a client who has sent me images taken with cell phones, most of them at 72 dpi, and wants them enlarged for a full-scale 24" x 60" print to canvas. The printer is telling me even with the LightRoom adjustments I have made, the quality is poor and pixelated. Is there any magic I can perform to make these pictures work?

Signed, Desperate and out of time.

No. There is no magic you can do.

I must explain something. 72 ppi does not mean anything regarding picture quality.

What you need to know is the total pixel dimension. Without this information there is no way to know the real issue here.

After knowing the real issue, one thing that you can do to minimize the obvious pixelation is to resample the image at 200% exact using bicubic or bicubic sharper. This will turn the squares into smaller ones by blurring a bit the overall image.

There are some programs that make a little tiny better job in some cases like Benvista PhotoZoom, and you can try it for free.

But the best thing you can do is talk to the client and tell them the images are not the best quality If that is the case.

Hard to tell without seeing the actual picture, or having a talk with the printer. The picture isn't at 72DPI, 72DPI is a default DPI for any picture that has no indicated DPI (and a photo has no DPI, for a picture of a starry sky, a proper unit could be dots-per-megaparsec, and the same camera shooting through a microscope would produce pictures measured in dots per micrometer).

Now, a 24"x60" is not meant to be seen up close, especially printed on canvas. And an old rule of thumb in photography is that at normal viewing distance, you can't distinguish details smaller than 1/2000th of the image's diagonal. So you don't see pixels if they are smaller than 1/2000th of the diagonal (or if you have more than 2000 pixels in the diagonal). This in turn translates into a 3MPx image, 6MPx if you are conservative. Coincidentally, the first digital cameras deemed good enough by professional photographers were about 3MPx.

So, since cell phones currently feature cameras of 8Mpx or more, there should be no problem... but...

TL;DR: your printer may not be complaining about the size in pixels. And he could be worrying that your customer discovers the poor quality of his/her pictures once printed and thinks the problem is with the printer and not the picture.

There IS some magic available. At least magic in the same sense as some isolated tribes could see the western technology when they met first time.

The magic I'm talking is image enlargener. I have used it uncounted times when one has had a screen resolution image and wanted it to be printed at the same or bigger size in centimeters as he watched it onscreen. Every time it had been the last resort, when there were no possiblities to get the real hires image soon enough. Every time the explanation was the same: "I was sure (or I have been told) that these images are good because they look out perfect onscreen"

If this is also your case, try the same magic. Image enlargeners can make a screen resolution image to same centimeter size or even larger image with print resolution. That happens without adding jaggines or making the images fuzzy.

Image enlargeners guess where there should be a sharp edge or a thin line and keep it narrow. Larger forms are made bigger by interpolating the missing intermediate pixels For example In good enlargener cat's whiskers do not get thicker altough you increase the pixel dimensions to 400%.

NOTE that the information is not increased. No program can guess a detail which were lost due too low resolution. A small dot which would have been visible, if the original photo was 2000 pixels wide, do not appear if you enlarge a 500 pixels wide photo to 2000 pixels.

The best enlargener I have met is ON1 Resize, ON1's product is old. It has been sold as "Genuine Fractals" and "Perfect Resize". ON1's product just was the one that didn't make cats whiskers thicker.

On1's software has premium prices. But there's also freeware. Smilla enlarger is well worth of checking.

Increase scale in photoshop. The way photoshop scales bad images is better than a lot of other programs. Sure it will be blurry, however, that will look better than blocky pixels.

– Stan said "pixelated in one person's view could be cool in another's opinion."

Remember if your client is using this a sign from a distance it might not be so bad. The problem comes from viewing it up close. Which blurry always looks better unless it happens to be sprite artwork. Like for the new Sonic Mania game. 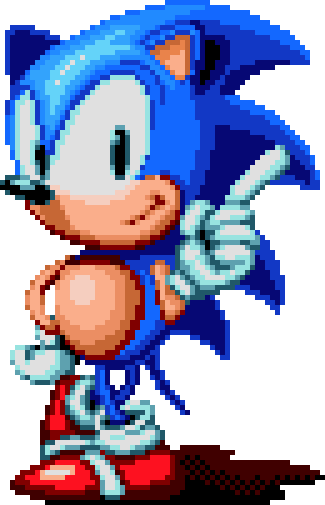 So scale it please. If you do your printer will probably think the photo is a higher quality original because the file size and resolution will be higher with this technique too. You won't have to listen to them tell you its too low res to print... They do not always know a whole bunch of neat tricks like that and or do not want to be responsible for bad results. 1st hand experience. Have fun!

Not the answer you're looking for? Browse other questions tagged adobe-illustrator resolution pixelation canvas or ask your own question.

1
What is the resolution I need to make a picture to make curves look smooth and not pixelated?
1
DPI/PPI resolution for product zoom images
2
Using 72 dpi barcode on the package
0
Why do images show as 96 DPI in properties but 72 PPI in Photoshop?
0
Can I reduce DPI but keep the size?
0
Vector file showing up with embedded image
0
I have to create a poster for a trade show booth. Is the photo I have to use too small in size?
1
DPI and resolution