So what I'm trying to do is make a button that has this kind of controller button effect, with the indent of the button holding, and the rounded edges, here's an example: 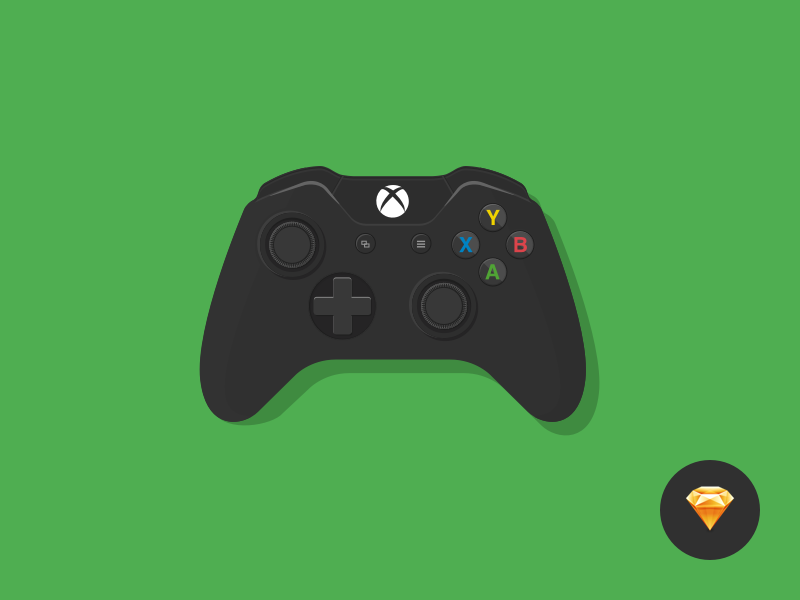 But I can't quite figure out the details I need to add, this is all I've got: 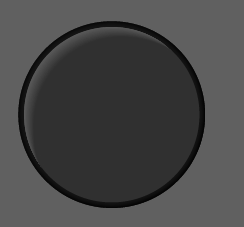 To create depth, it can help to keep lighting in mind. When there is a convex (protruding) object on top of a concave (sunken) object, the lighting needs to hit opposite edges at the same angle to convey a sense of depth. In other words, the light hits the controller handle on the opposite side as it hits the hole the handle is sitting in.

In addition, adding some indication of a "bubble" or curved surface helps by adding a generally lighter edge all the way around the handle itself. Then adding a black stroke to separate the handle from the hole also helps visually in my opinion, sort of creating a pseudo shadow. 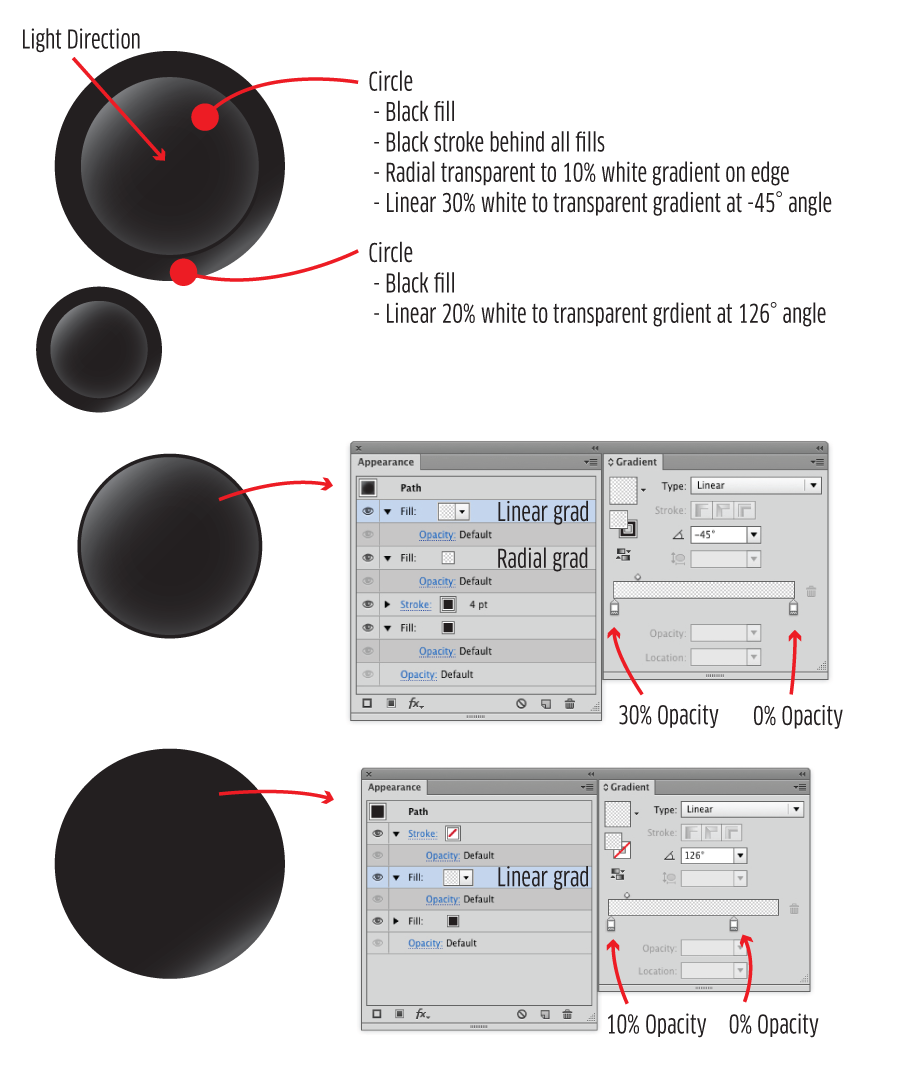 Note that this is a bit more skeuomorphic than your sample Xbox controller. The Xbox controller is merely a series of fills and strokes - lighter strokes on the lighted edge of the handle and the hole which indicate lighting direction.

For the xbox controller, it's merely a series of stacked, centered circles. Then offset circles for the outer highlight and shadow. There's one gradient used on the internal portion to indicate a highlight, but I don't see any other gradients anywhere: 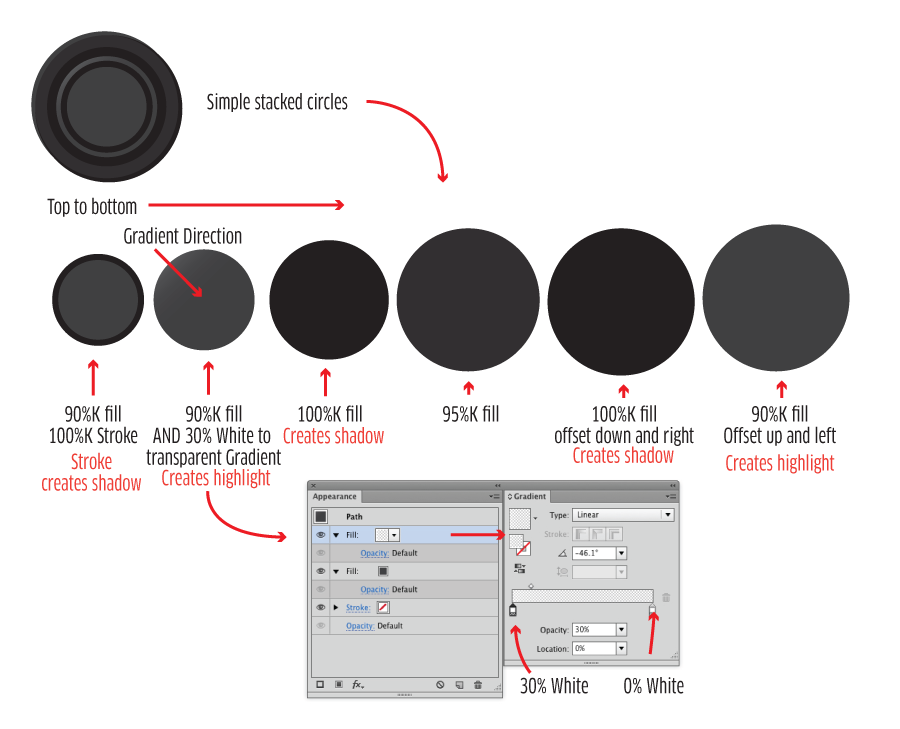 There is a "wavy" aspect to the first circle which I didn't bother implementing. It could be done via the Zig Zag effect in Illustrator easily though.

You could actually implement this all via a single circle and several fills in the Appearance Panel. You wouldn't even really need multiple circles. 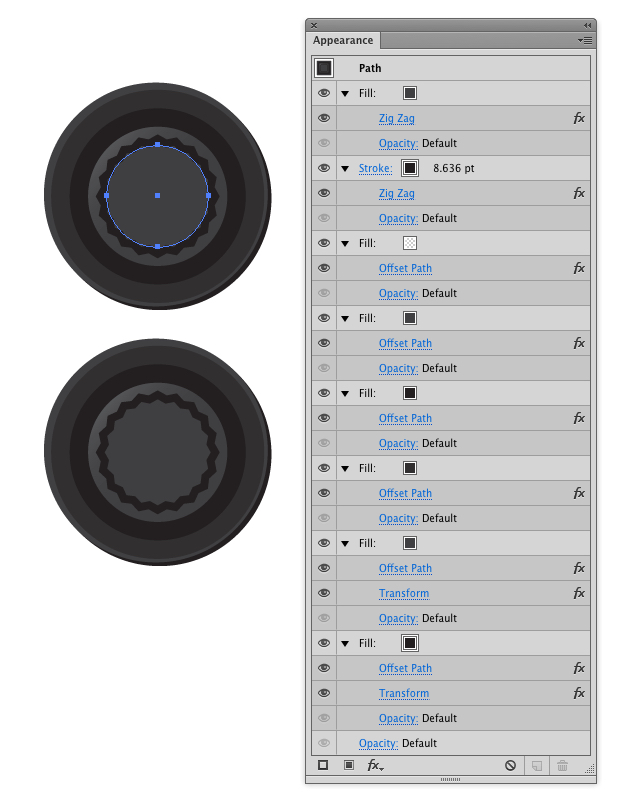 Use Illustrator's 3D Extrude & Bevel effect for the 3D appearance. It can be also subtle as here. I call it a flat 2D button. See the cartoon: 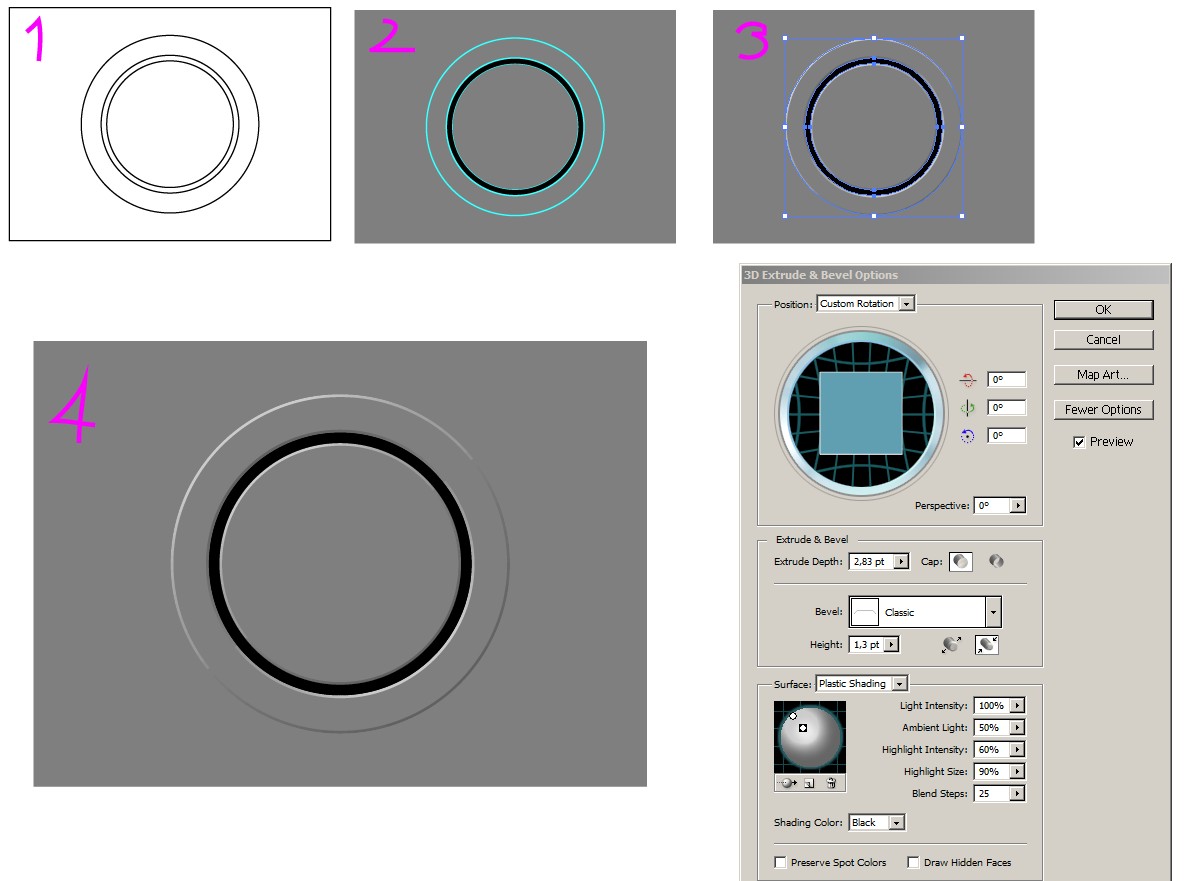 You can change the fill colors and you can return to edit the 3D effect via the appearance panel by clicking the effect line. These are not possible after you expand the effect.

EDIT If the button needs some decorative pattern ring for not too flat appearance, you can draw one. Drag a repeating pattern to the brushes collection and make it an artistic brush or pattern brush. Here a sequence of rectangles is used: 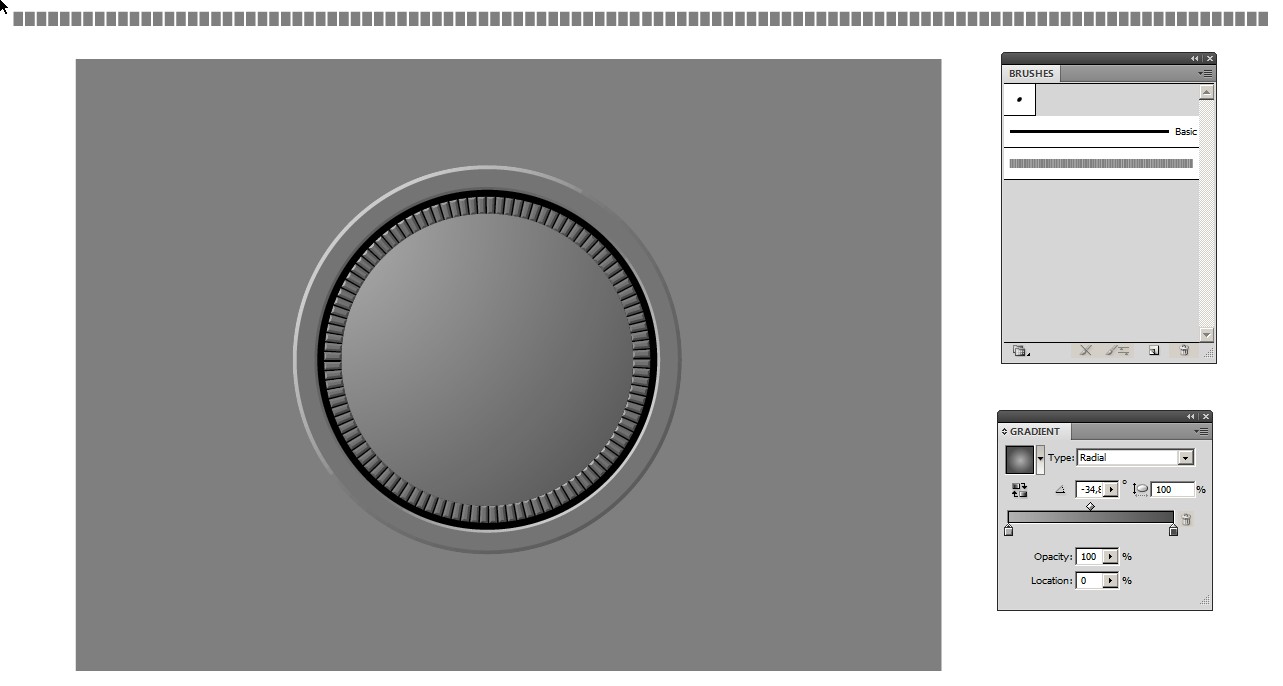 The mid circle is not extruded. But it has a slight radial gradient fill to make it look out convex. A gradient with reversed direction would make it concave (see it at the end of the story)

The pattern circle is with no fill, only a stroke, but the stroke is the new artistic brush. 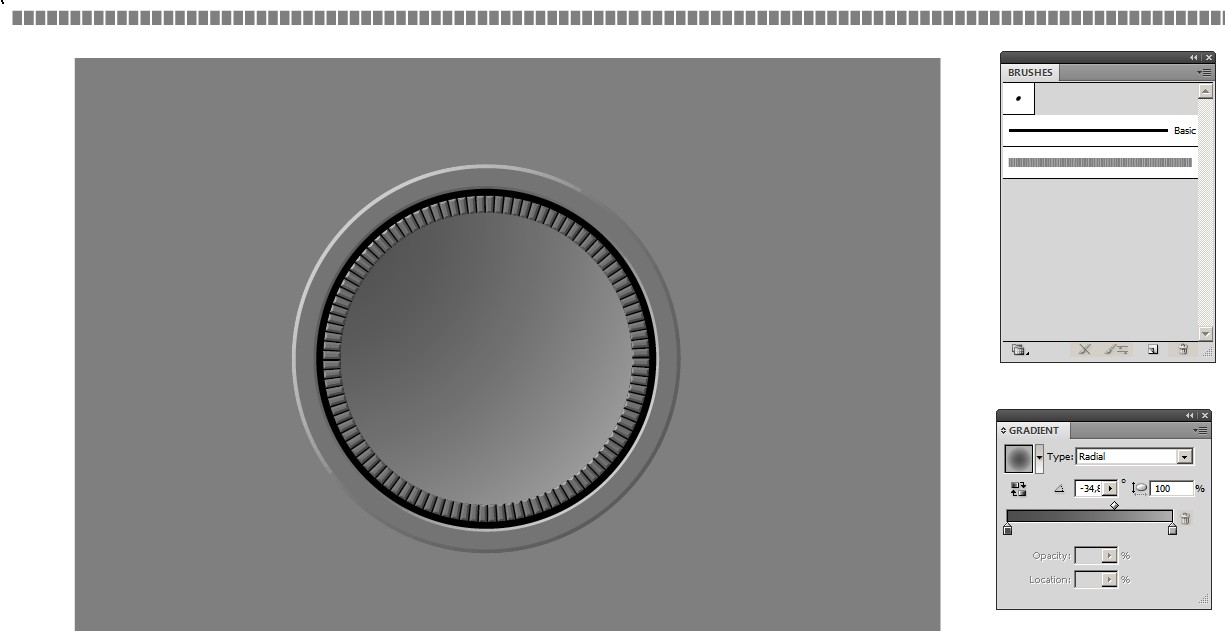 Not the answer you're looking for? Browse other questions tagged adobe-illustrator layers or ask your own question.

7
How can I change the Blending Modes in Adobe Illustrator?
1
Illustrator: How to make a repetitive change to a path?
10
How to use Fibonacci numbers / Golden Ratio in logo design in Illustrator or Sketch?
1
How manual is this rough paint brushed edge effect?
0
What's the best technique for stacking the same multiplied object?
2
Vintage/Stamped text effect in Illustrator
1
Adobe Illustrator - No fill or stroke, still have a outline
0
saving as pdf and EPS in illustrator
0
Illustrator freaks out trying to display certain SVG files