Why does blend smooth not work perfectly for two black objects?

Now, I don't understand why 1st experiment acted as if I selected blend steps? Also, why did it kept making it more smoother as I changed shade from Dark black to white?

Finally, even it looks like I achieved my result in Black - White case, but if you zoom in, it is also not completely smooth from bottom edge as compared to top edge. How can I fix it? 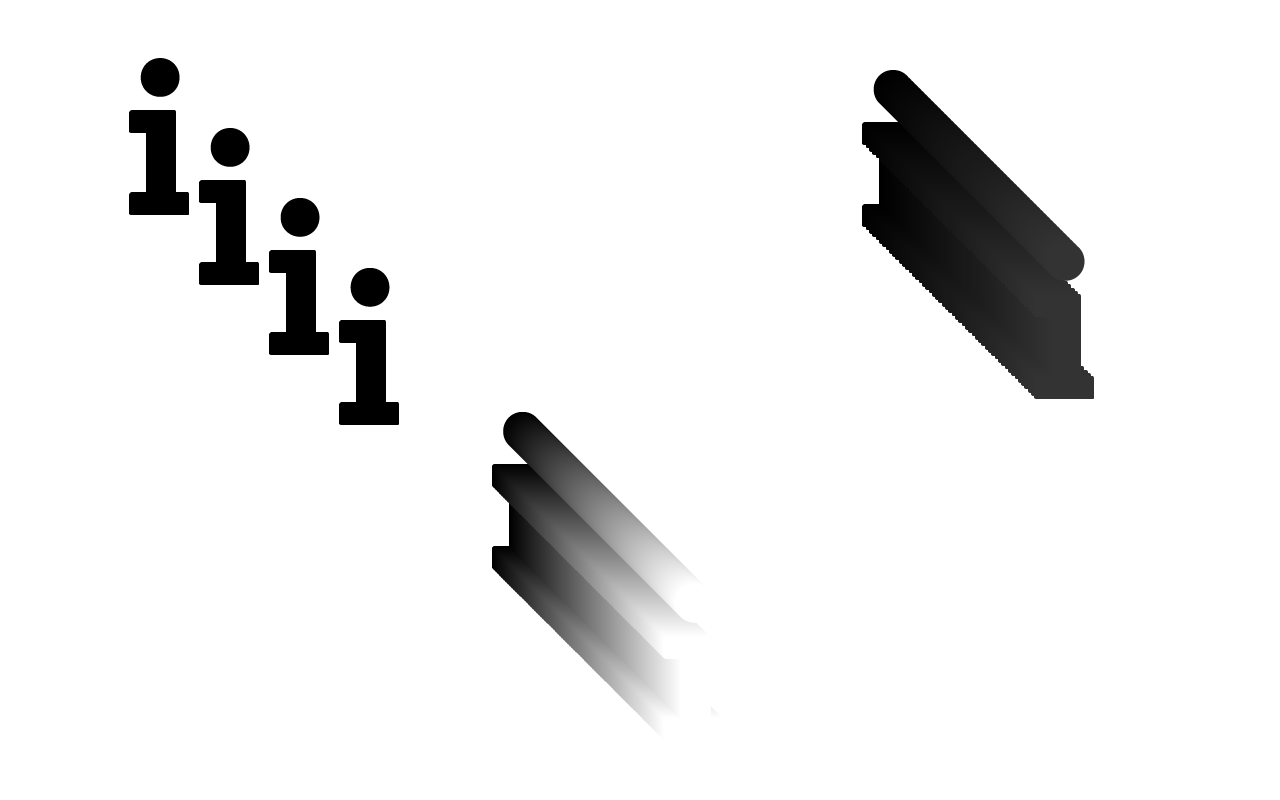 If there is no color variation, Illustrator's Blend default to Specified Steps.

So to answer.. black to black is a specified Steps blend. Black to any other color is a smooth color blend. You can alter this setting by selecting the blend object and choosing Object > Blend > Blend Options.

Regarding the edges - Blends are essentially a way to iterate between two or more shapes, creating a copy based on X% of shape 1 and X% of shape 2. Blends never create a "smooth" edge. Blends create copies and just like manual copies, some things like square corners on an angle will always create a "stair step" appearance. You can diminish that stair-step by increasing the number of steps, but it will never really be fully gone.

Blending from black to exact black with smooth color seemingly doesn't work. If you still want it, try as a workaround 3D effect Extrude. It can give to you even more, if you use some else shape color than black. See the following examples: 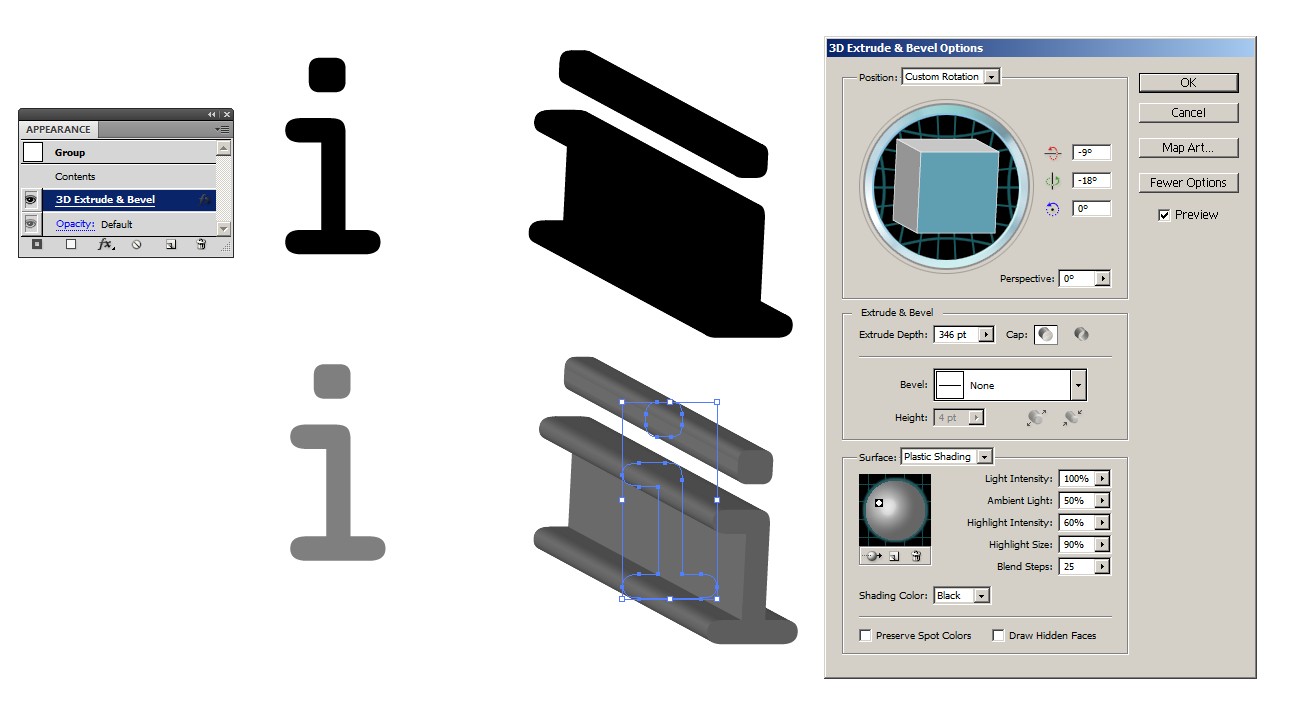 Even full black shapes can have shading if another shading color is selected than black (=default).

Another workaround is to have blending option specified step or specified distance selected. If you have distance = 1 pixel, you probably get at least onscreen smooth blending. The number of intermediate objects can be hundreds, but if the objects are simple, there probably is no fatal slowdown.

The following example is a flat shape that has a modern long shadow. There are 2 versions. In the upper one the shadow is a blend from solid black to fully transparent black. It a little resembles a shaded extrusion. The blending is made with specified step = 1 pixel.

The lower has a 3D extrusion which is expanded, united to one shape and filled with a gradient from solid black to fully transparent black. There's no shading to keep the result flat. 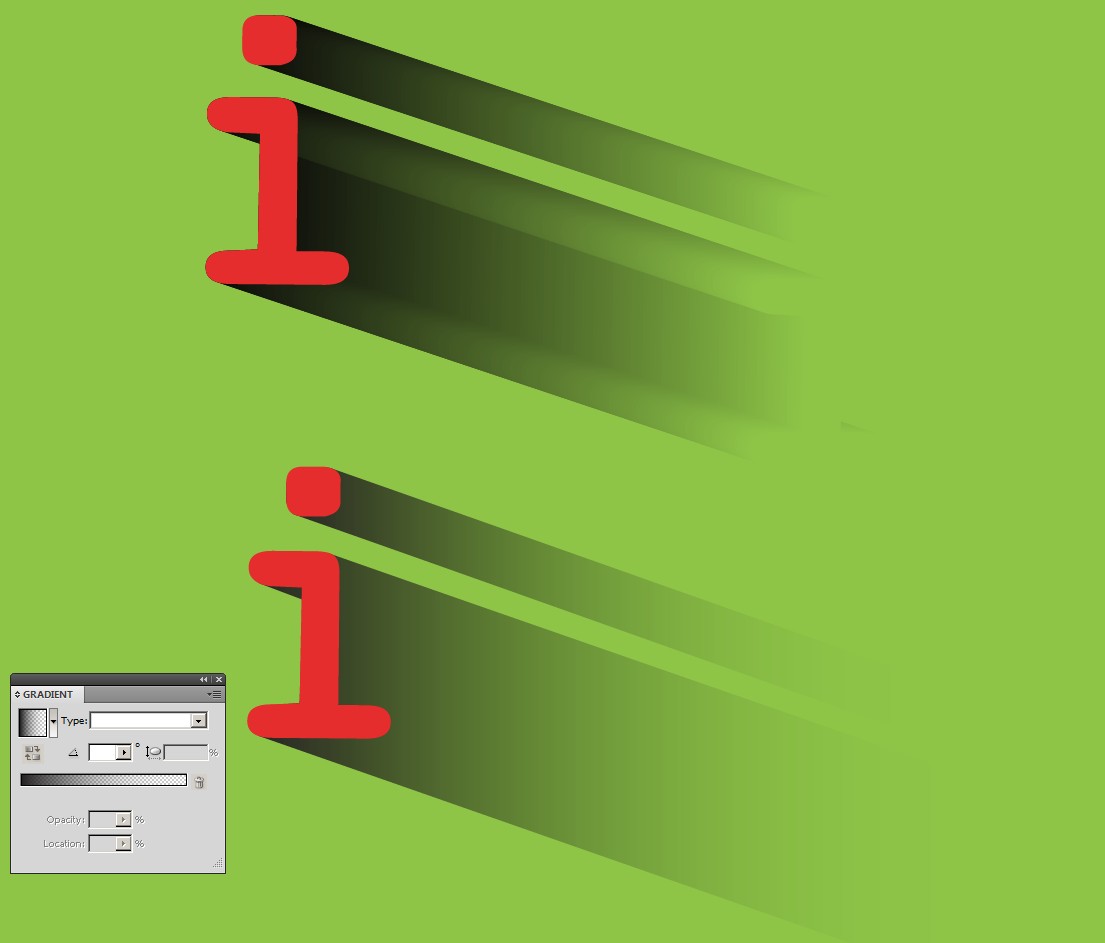 3D doesn't generate that much copies of an object. After expanding and uniting there are only 2 perfectly flat objects (i body and the dot).Unforunately the expanded extrusion often needs some tweaking to make it fit with the original flat shape, because the profile is skewed in the extrusion.

Not the answer you're looking for? Browse other questions tagged adobe-illustrator blending graphic-styles or ask your own question.

0
Why is blend mode not making each line equal in width?
0
Blend Tool Smooth Color Not Working Properly
4
Why does this AI Illustrator clipping mask not work?
0
Why do edges get blur for font outlines and shapes?
0
Can't I blend two mesh objects?
0
Why does my clipping mask not work?
0
Jagged edges on curves and diagonals in Illustrator 2018 - just unable to fix it
0
illustrator compound paths: how can I make the white shapes transparent?
0
Blend two objects with different colors and shapes in Inkscape