Today while using Illustrator CS6 I encountered an issue where I had multiple groups, each containing a set of text and non-text artwork, and when I tried to copy the Appearance from one group to another using the Eyedropper Tool I found that it seems not to be possible.

The fill and stroke colors get sampled, but not the Appearance. It works for non-grouped objects, but not grouped ones. The result is the same in CC 2017.

What workarounds, if any, exist for dealing with this?

Here is a screen shot showing the Appearance of such a group. There is a fill that is offset (note the "fx") to look somewhat like a drop shadow.

My Eyedropper Tool settings are set to use all properties: 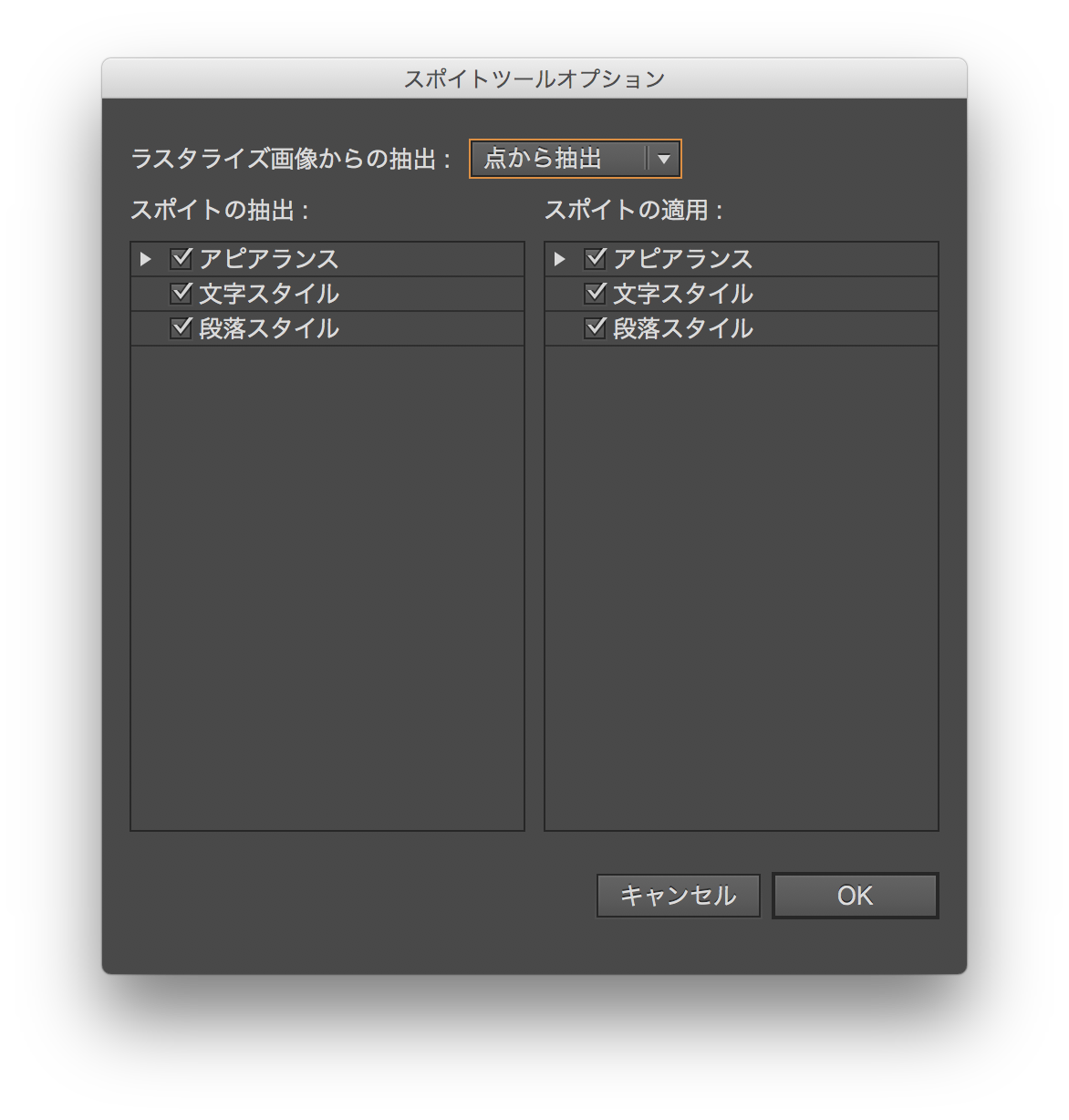 With a single (non-grouped) object selected, I tried sampling some grouped items that had their Appearances added before being grouped, and this time the Appearance was copied without the fill, (still despite having all Eyedropper options enabled, as shown in the above screen shot).

Depending on the combinations of grouped and non-grouped objects, and whether the Appearances were added before or after grouping, different results occur. But never do all three (stroke, fill, and secondary fill) get transferred. There is always something missing.

I tried and the eyedroper does not work with paths and texts grouped.

Try to use the Graphics Styles panel instead.

Grab and drag the source group object into the Graphics Styles panel and a style will be created that can then be applied to other group objects.

To apply the style to another group object, click on the group object to select it, and then (in the Graphic Styles panel) click on the particular graphic style that you want to apply to it. 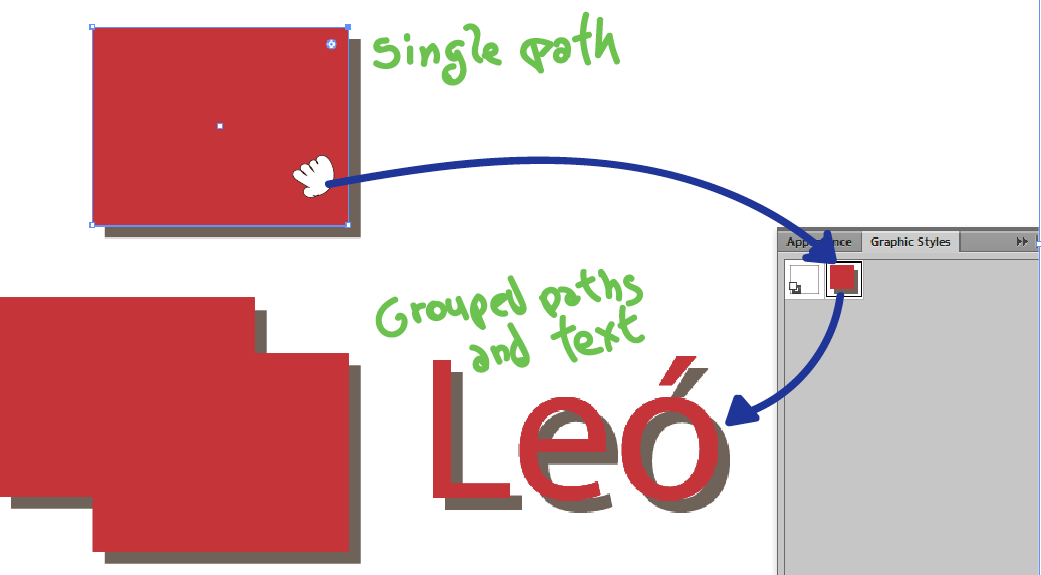 In the options of the Eyedropper (Doubleclick the Icon) check Appearance and try again. Adobe seems to have changed this preset. 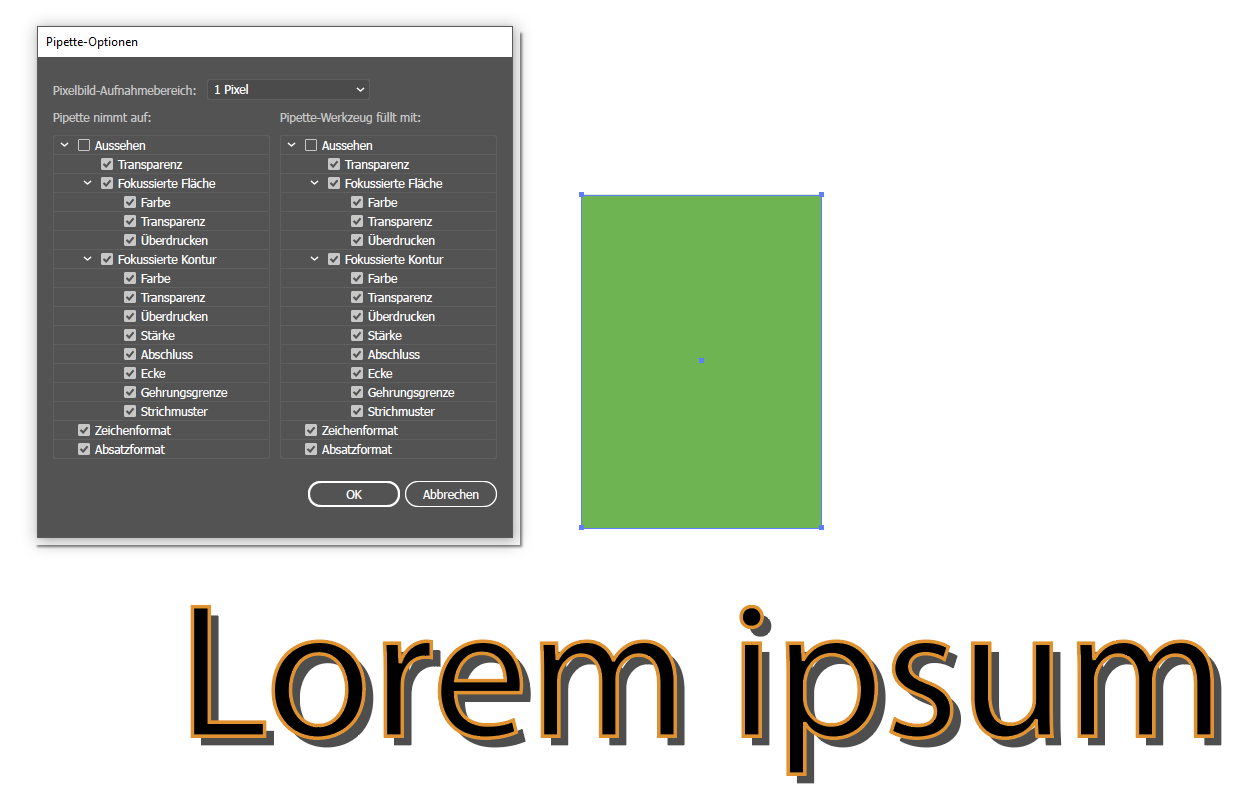 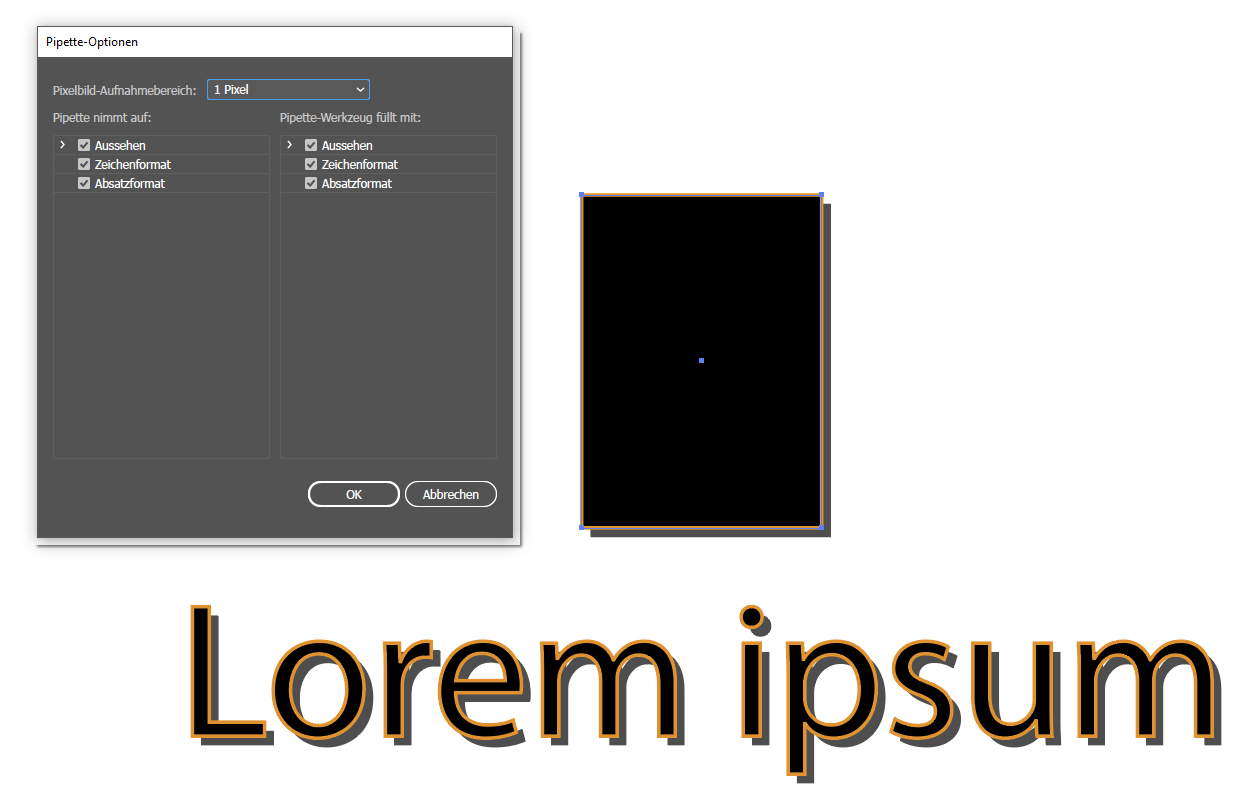 Not the answer you're looking for? Browse other questions tagged adobe-illustrator appearance eyedropper or ask your own question.