I'm a little bit confused about this situation. As you can see in the image below, I a have two differnt paths and I would like to make that portion of the arc coincident.

In the second image it possible to see that the problem isn't visible outside outline mode, but when I insert the SVG into Fusion 360 it creates makes everything more complicated.

I'm beginner in AI so perhaps there ir an easy way of doing that using the Pathfinder that I'm not considering. 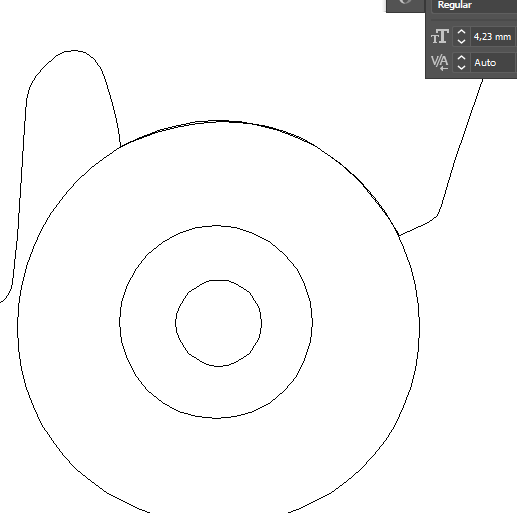 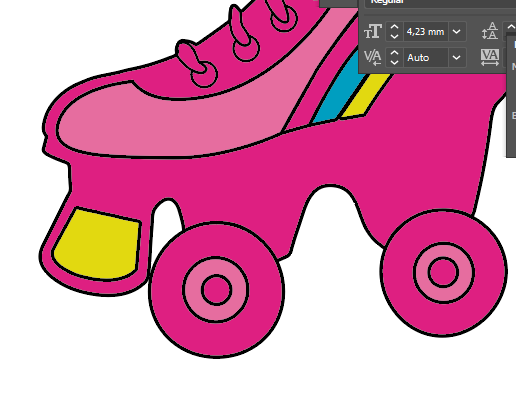 Okay, that might need some clarification. Yes, it is possible to make two vectors border each other precisely. The method to achieve it involves copying a part of one path, breaking open the other and joining the copied part into it.

But even though you can, you shouldn't, as vectors that align perfectly are prone to create errors when rendered later. Most rendering engines will render both vectors separately, in both cases anti-aliasing with the background colour. Those two instances of anti-aliasing will create a thin but visible white line between the two shapes. In your case, that would be between the wheel and the skate.

My advice would be to have the skate extend behind the wheel, as long as it's not near the wheel's edges.

A similar problem is solved in this question about Hillary Clinton's logo.

Not the answer you're looking for? Browse other questions tagged adobe-illustrator path pathfinder or ask your own question.

226
Is there a reason Hillary Clinton's logo has hidden notches?

1
How do I subtract line path's from a background in Illustrator?
1
Adobe Illustrator Save For Web SVG becomes empty
3
Illustrator CS5 (Mac) Pathfinder Tool Messing up Paths
0
Illustrator - combine shapes and keep perimeter as path
0
Delete everything beyond the artboard in Illustrator
2
How can I define one path for multiple shapes from either side of it in Illustrator?
0
How to make a logo transparent in Illustrator with multiple layers?
0
Join paths to make one single line drawing so I can gradient the stroke
0
Illustrator: Uniting Multiple Adjacent, Non-Overlapping Objects