Questions about Photoshop, Adobe's graphics and photo editing program. Ask anything related to designing and editing graphics with Photoshop. 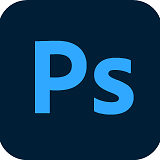 Adobe Photoshop is primarily a raster, or bitmap, graphics and image editing program with limited vector capability. It is the de facto standard for still image processing and manipulation across industries as diverse as advertising, geology, medicine and astronomy.

Adobe Photoshop is used by professionals and amateurs alike for its powerful editing capabilities. Photoshop CS3 through CS6 were released in two professional editions: Photoshop Standard, which contained the latest iterations of its traditional still image editing tools, and Photoshop Extended, which added video, 3D and scientific/medical imaging capabilities. Photoshop's licensing scheme has now changed to that of software as a service and the "CS" suffixes have been replaced with "CC".

A consumer version (Photoshop Elements) is not built by the same engineering team that works on Photoshop, but there is a certain amount of cross-pollination between them.

Photoshop 7 was the last individually release-numbered version. Photoshop 8 was released as "Photoshop CS," recognizing its role as part of the Adobe Creative Suite (CS). Current versions of Adobe's Photoshop are named with their CS version so that Adobe Photoshop CS6 is version 13. With the 14th version of Photoshop Adobe changed to CC and it appears that they will now be basing the new versions numbers on the year they were released. The latest release being version 22.4.2

Raster images are composed of a rectangular grid of points ("pixels" -- a contraction of "picture elements") where each point is assigned a color and brightness value. Raster graphics are resolution-dependent. They cannot scale up to an arbitrary resolution without loss of apparent quality.