Questions about PDF, short for Portable Document Format. It's the open standard for electronic document exchange, introduced by Adobe Systems in 1993. Ask anything about producing and editing PDFs for graphic design. 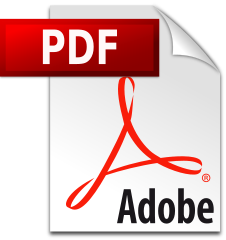 Portable Document Format (PDF) is a file format used to represent documents in a manner independent of application software, hardware, and operating systems.

Each PDF file encapsulates a complete description of a fixed-layout flat document, including the text, fonts, graphics, and other information needed to display it. In 1991, Adobe Systems co-founder John Warnock outlined a system called "Camelot" that evolved into PDF.

PDF was developed in the early 1990s as a way to share documents, including text formatting and inline images, among computer users of disparate platforms

While Adobe Systems made the PDF specification available free of charge in 1993, PDF remained a proprietary format, controlled by Adobe, until it was officially released as an open standard on July 1, 2008, and published by the International Organization for Standardization as ISO 32000-1:2008.

Will a PDF imported and rasterized in GIMP at 500 DPI lose quality when exported back to PDF?