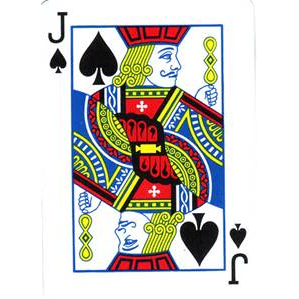 Apparently, this user prefers to keep an air of mystery about himself. Also a couple of spare jacks. Jack of spades or jack of hearts? Some say jacks are wild. Some say if you've got the jack, that's a bad thing, but that's not what she said, but surely she meant a different Jack altogether. Some say Jack is nimble, which is perhaps true, but it's really easier to go around the candlestick. Amberjack and applejack are definitely off the mark. Shadowjack, Jack of Shadows, 9Jack9, perhaps all are reflections of the One True Jack.