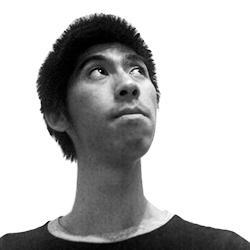 Hi, my name is Bruno and i'm 36 year old, my parents are japanese but i was born and grew up in Brazil. My first contact with a personal computer was my father's MSX playing MS-DOS video games while all my friends had their Nintendo. My interest in web design was when i was 16, didn't know anything about coding nor graphic design, but i was fascinated with how you could put your "art" and present it as web pages.

I got my first job in 2004 as a Web Designer, creating web site layout/template in Photoshop then coding the HTML/CSS.

In 2010, i left the company and went to work at "Comercial Futebol Clube" as Web Designer and Front-end developer, where they introduced me jQuery, it was a whole new world to me, making static pages more interactive with a couple of few lines of code.

In the end of 2011, i received an opportunity to work at "Jet e-business", my actual job. Worked as front-end developer from 2011 to 2013. Then later on i also started creating layout/templates for e-commerce websites, wire-framing company's new products, mock-ups, icons. Then starting last years, i was given the position and responsibility as UX designer working with a team trying to bring and deliver a better user experience products for both the company's users and clients.

"To be yourself in a world that is constantly trying to make you something else is the greatest accomplishment." - Ralph Waldo Emerson

All Questions Answers
Votes Newest
4 How would one create a high contrast, grainy look in Photoshop? Oct 7 '16
3 Web design concept to represent categories Oct 6 '16
1 Mobile buttons with the same color as canvas background Oct 9 '16
1 Select Tool in Photoshop Oct 7 '16
1 How to get all images in all layers to trim to center and resize canvas in Photoshop? Oct 7 '16
1 When I slice for web in Photoshop I am getting results JPEG even I choose .png option Oct 6 '16
0 Hidden layer in image preview, can't see in Photoshop Oct 7 '16
0 When drawing a simple line, how to prevent anti-aliasing and keep multiple lines in one layer Oct 9 '16
0 When creating a sprite should I pull all the actual sizes? Oct 6 '16