Erase color from image in GIMP

I have layer1 with an image. And I have layer2 with a single solid color. Now I want to remove "something" (some color) via "some tool" from the whole image in layer1 (not just the background or some specific parts), so that the result of this action, put on top of the solid color layer2 and viewed together with it look like the original image.

Is this achievable (preferable in GIMP) and how? And is there a name to such an operation? I am not a graphics engineer and I am lacking even the vocabulary to sufficiently describe what I want. If I have a better word I also will change the title to something more apropriate.

I tried "Color to Alpha" in GIMP but that did not work like I wanted it to. It seems to make the result in layer1 too transparent, so that when put on top of the solid white layer, both together look like a whitened version of the original. 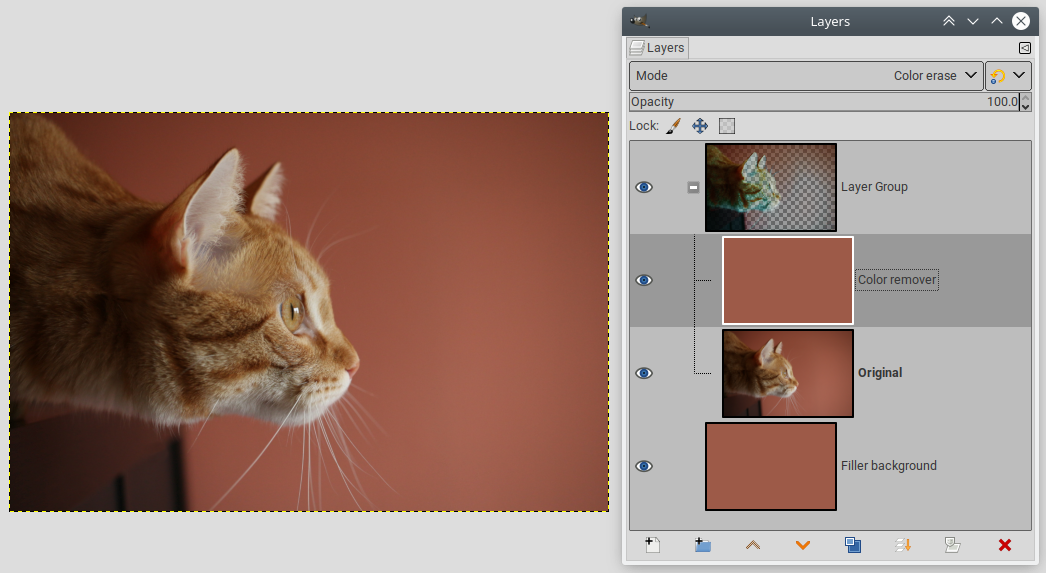 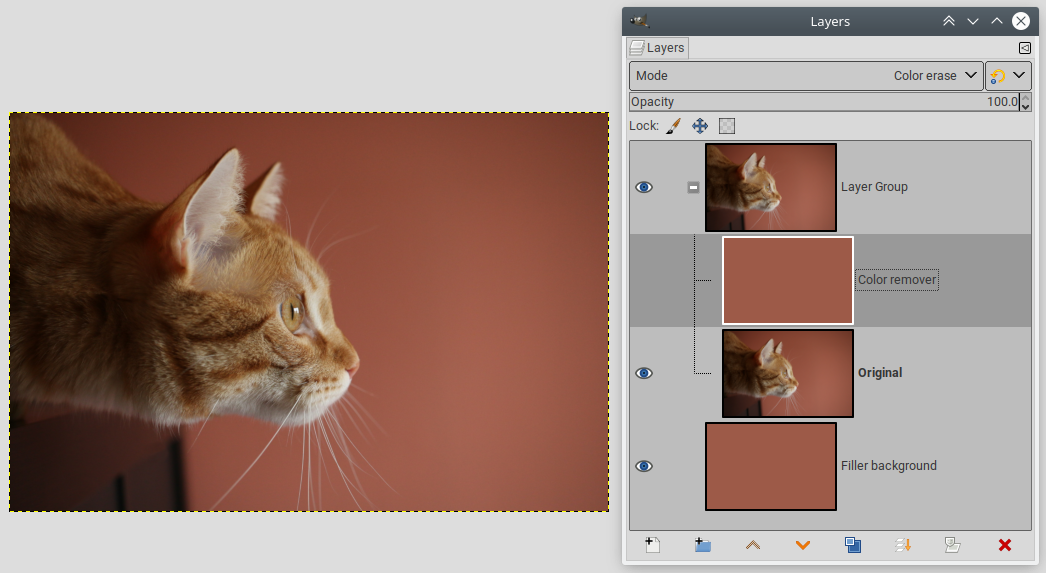 In the picture above:

It would be better if you could share an image, because success may depend on the image itself, for example if it's a photograph or a graphic. All I can offer here is a bit of a guess.

Here's an example. I did this very quickly but if you have more time you could take more care to get the two images almost the same.

10
Using GIMP, can you "erase" a color?
7
Mapping all colors (except background) to a single color in GIMP
0
How can I change the color of a text that is part of an image in GIMP?
1
Generate Color Palette from Image?
0
Remove Alpha Channel vs Flatten Image in GIMP
0
Exporting colour image from GIMP turns grey
0
How to remove color areas from an image?
1
GIMP (or others): How to remove background (by color) of several images in one step?