Is there a way to export a SVG that's under 'class=' on a website? [closed]

If you can, use comments to guide the asker where to best post their question. If there are clear problems with the question (e.g., if it is unclear), try to help them to address these before reposting.

Is there a way to download/export the svg under: 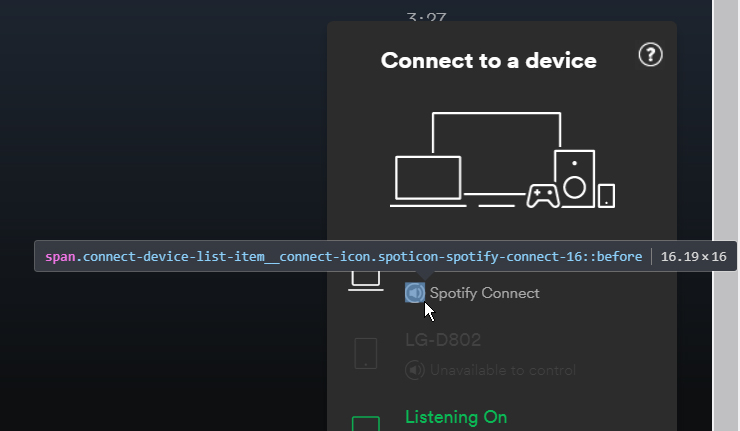 Where I should look to find the SVG code? In a linked file?

How I should locate a SVG on a website like this?
I've tried two bookmarklets and they don't work on the page.
Also tried a chrome extension but it doesn't "grab" that svg. Only the logo, a few more svgs.

This is the inspect element: 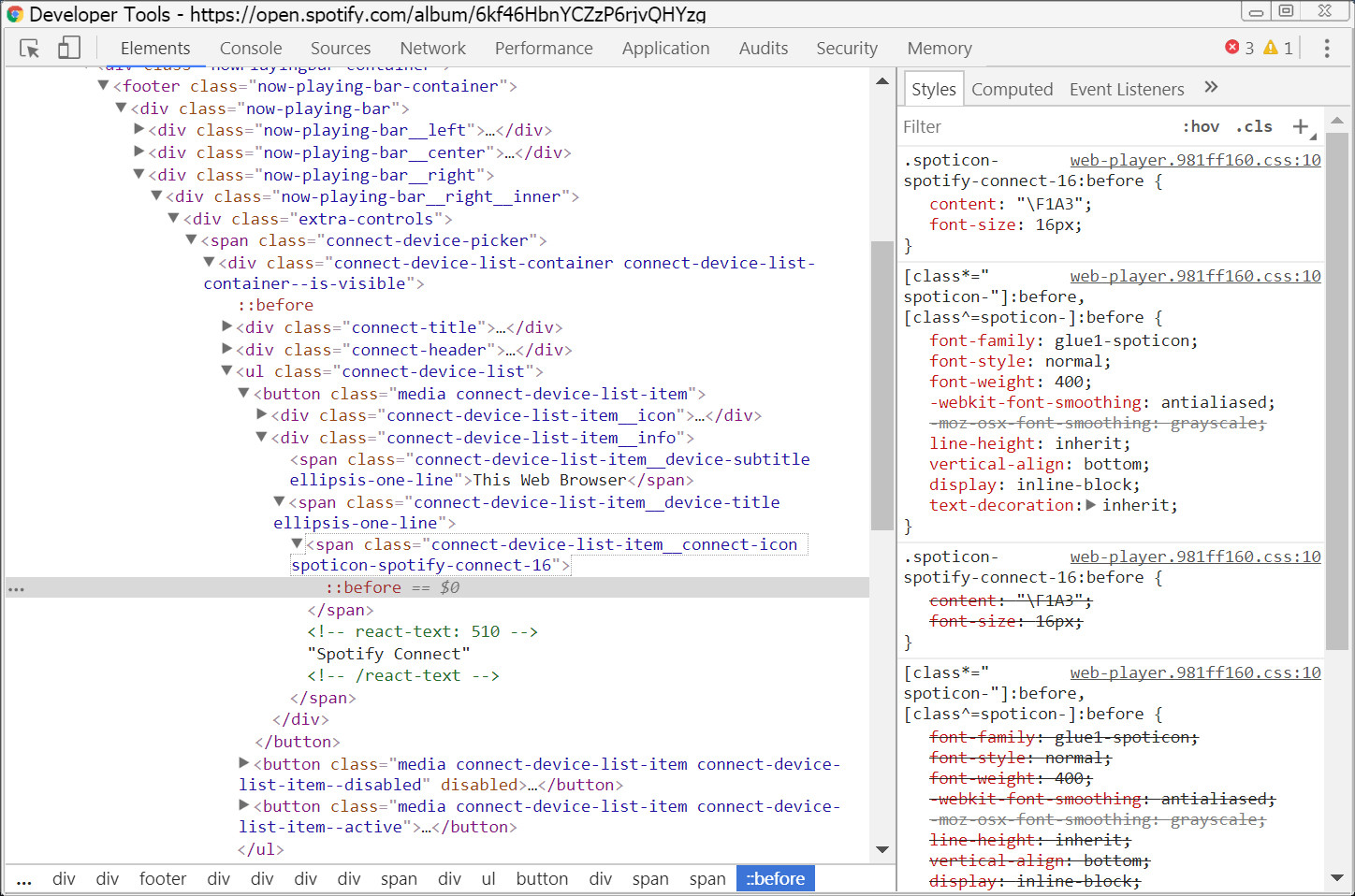 That's not an SVG, it is an icon font (which is in reality, the same as any other font).

The content: "\F1A3" CSS rule shows us the codepoint of the character in the font itself and font-family: glue1-spoticon; gives us the name of the font.

You'll find the font in the "Application" tab of Chrome's Developer Tools, or you can find a @font-face rule somewhere in the CSS (which may or may not be the same CSS file the icon is used in), that defines a font called glue1-spoticon; where you'll find the URLs (probably in a few different formats) of the font.

...With all of that said, the font is likely (not that I've checked) a proprietary font that you don't have the rights to use. Just because you can download something, don't assume you have the right to use it yourself.

Not the answer you're looking for? Browse other questions tagged svg or ask your own question.

1
Inkscape failing at converting an .svg to an .eps (or any other file)
23
When should I use SVG or SVGZ for my web graphics?
5
How to convert an Illustrator EPS to SVG and keep alpha channels and transparency modes?
1
SVG font-weight changes when rendered in html
22
How do I save an SVG that's on a website to my computer?
1
Illustrator SVG for web using CSS to supply the color for different scenarios
1
Scaling issue saving DXF from Inkscape
4
Alternative Font Family for text in SVG-file
2
How to adjust an SVG image in such a way that it is modifiable in QGIS?