Johannes Itten's color sphere is described here. The description includes an English translation. Here is one of his drawings: 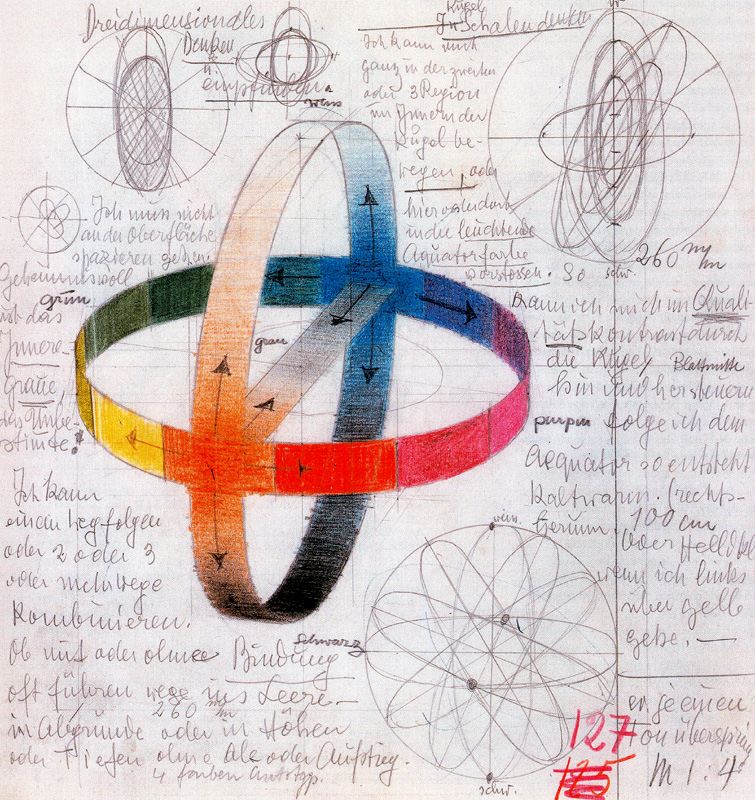 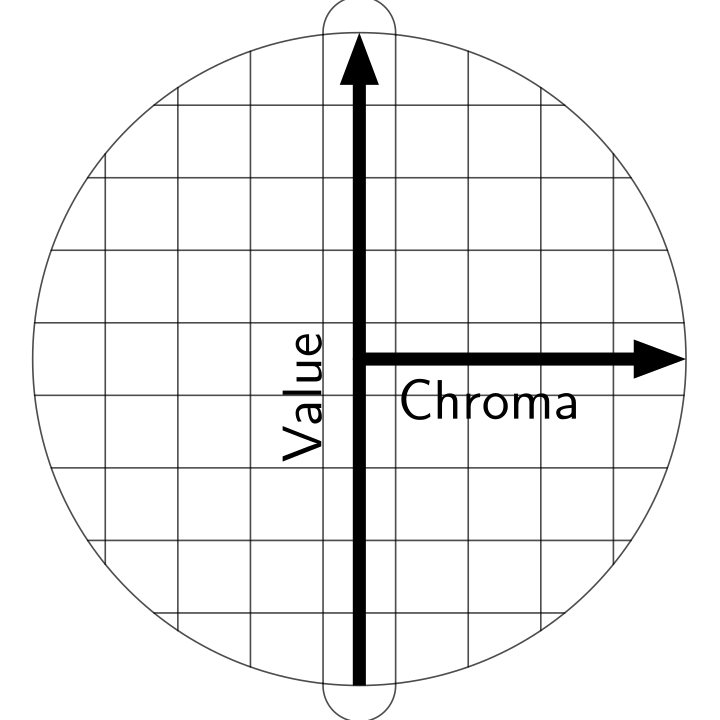 And here is a vertical cross section of Phillip Otto Runge's color sphere: 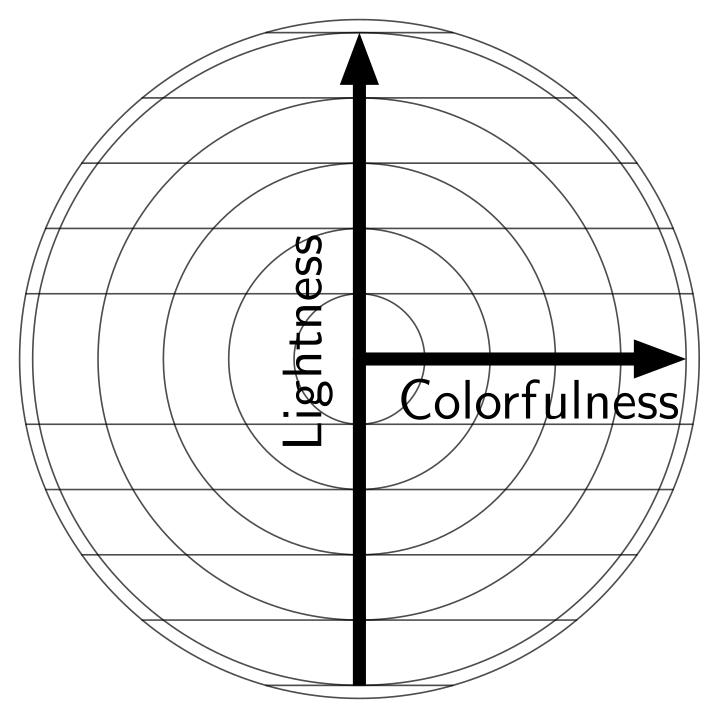 Itten did not draw the inside of the sphere in mathematical detail. I am interested in what an interior vertical cross section might look like. How do you think Itten's sphere might have been structure internally? There are some odd sketches at the top-left, top-right and bottom-right of his drawing, but the precise mathematics is ambiguous.

Thanks to @user287001, I found documents showing the inside of the sphere as looking similar to this: 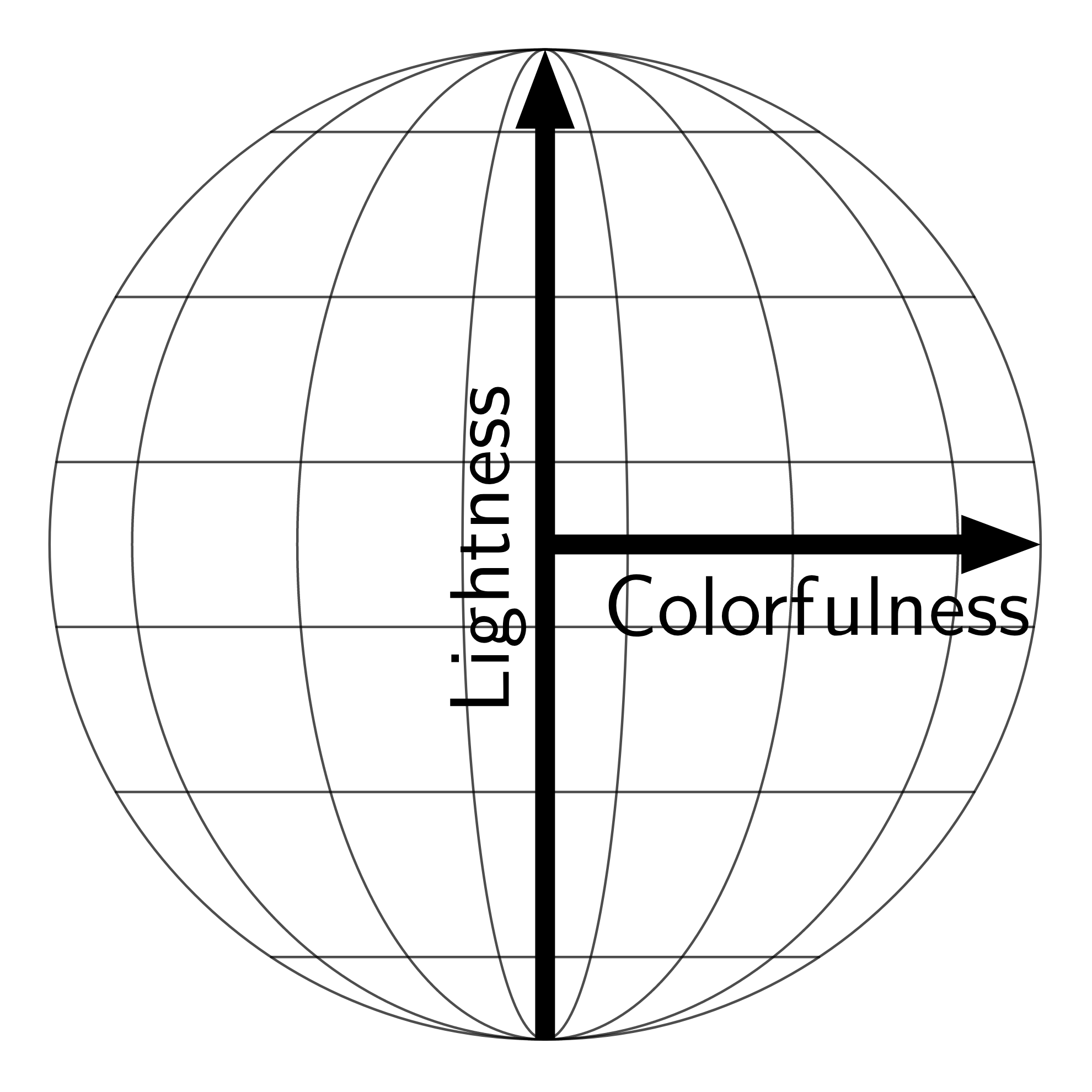 The reason why these guys that you ask about, dont describe the interiors all that well is that color does not actually work that way that they describe. Munsell did eventually realize this which is why the later iteration of munsell spaces aren't nice spheres.

But Itten is basically describing is a derivate of a double conic HCL colorspace. While contemporary people tend to draw the space with linear sides. This is just because they are mapping some sort of visual linearness. If you'd draw real lightness the result would be more drop shaped than that. 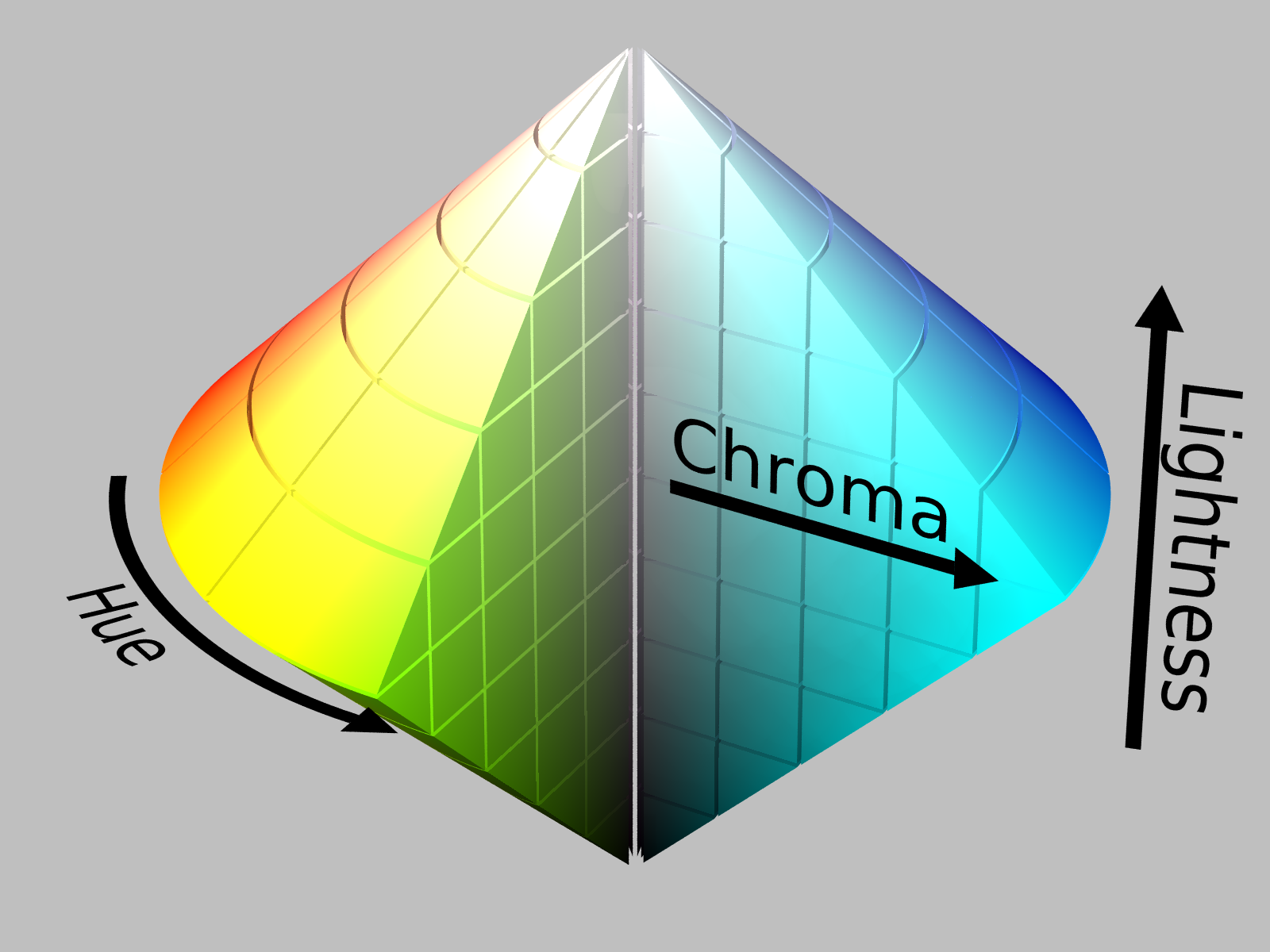 Now even very bright whites can be colorful so thinking the shells as colorfulness out of center is what would happen. So for example you often see cyan in the sky just because they are very very bright deep blues just becasue human senses will flood over. Off course this neglects the fact that cyan can also be cyan, but also dark bule.*

All this spaces even exception of the really hard to understand and interpret CIE spaces, that dont really tell anything meaningful of the colors. Don't actually reflect well how light and human sensing really work. But are artistically easier to work with and so they do have some merits.

* if you go into 3d graphics, then you will be confronted by this fact when you try to make reflections match reality

Not the answer you're looking for? Browse other questions tagged color color-spaces mathematics reference-request or ask your own question.

6
What's the relationship between color spaces and color profiles when working in Photoshop?
2
Transformation between the hue color wheel and Itten's color wheel
1
Identification of color using LAB code
7
Dominant color vs primary color vs prominent color of an image?
2
Books on color science
6
Interpreting a* and b* in L*a*b* color space
1
Is the low statistical correlation between the HSV channels, conditional upon the color name, a well known property of the color space?
3
Interior of Munsell's sphere?
0
Munsell color system gray values
3
Color wheel with constant subjective hue gradient (better than CIELAB)