What softwares do I have to use to make a 3D spinning globe video to represent data like this video? [closed]

Ask Question
Asked 1 year, 3 months ago
Active 1 year, 2 months ago
Viewed 178 times
2
Closed. This question needs to be more focused. It is not currently accepting answers.

I am wanting to create a 3D spinning globe video to represent historical data like in this video by Business Insider, but I don't know what softwares will I have to use to create such a video. 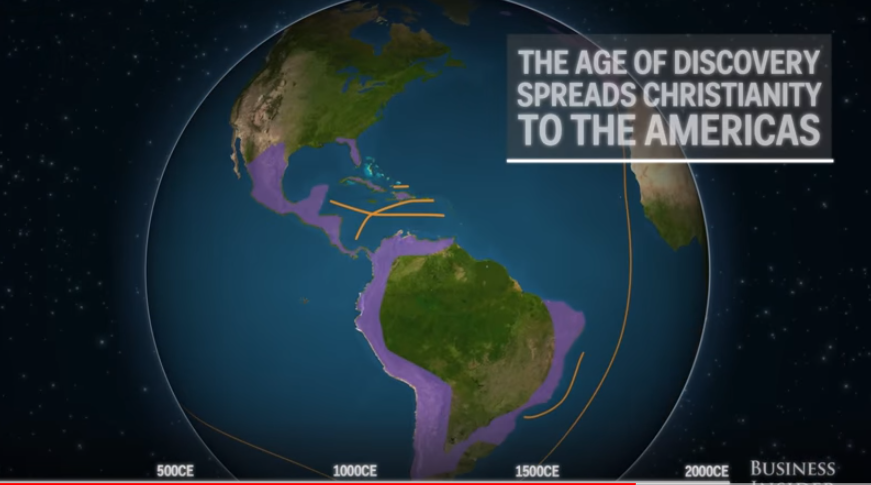 So I would like to ask that what software do I have to use to make the 3D spinning globe video to represent data like the video above ?

Cinema 4D or Google Earth With After Effects

You could use Cinema 4D. I recommend this because it's very powerful, but at the same time, has made a name for itself for being easy to pick up. The learning curve is less than other comparable applications.

Below is an image of a spinning globe I made in 2005 using Cinema 4D. It was very simple to make and only took 30 minutes.

I first created two spheres and sized them appropriately. I then downloaded 3 image maps form the NASA website of the Earth, Moon and Stars.

I then animated the Earth and moon to spin. I won't talk about the alien spaceship I added as it's not relevant.

Using Cinema 4D you can add multiple animated layers to achieve the effects seen in your video. Alternatively, you can make different versions of the Earth, then overlap them in After Effects using things like layer masks.

After Effects includes Cinema 4D, which makes it a seamless process using Cineware. 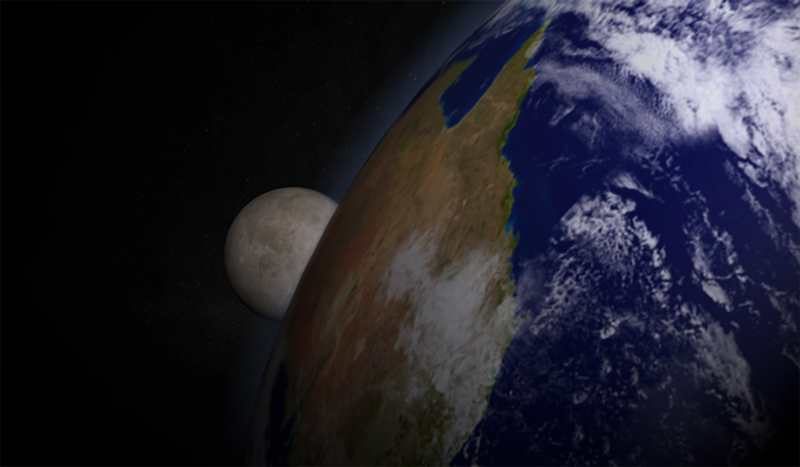 There are many plugins you can use in After Effects to create the animated effects you want as well as templates from places such as Envato Tuts which use After Effect's Motion Tracking to create the perspective and parallax effects seen in the video you provided. 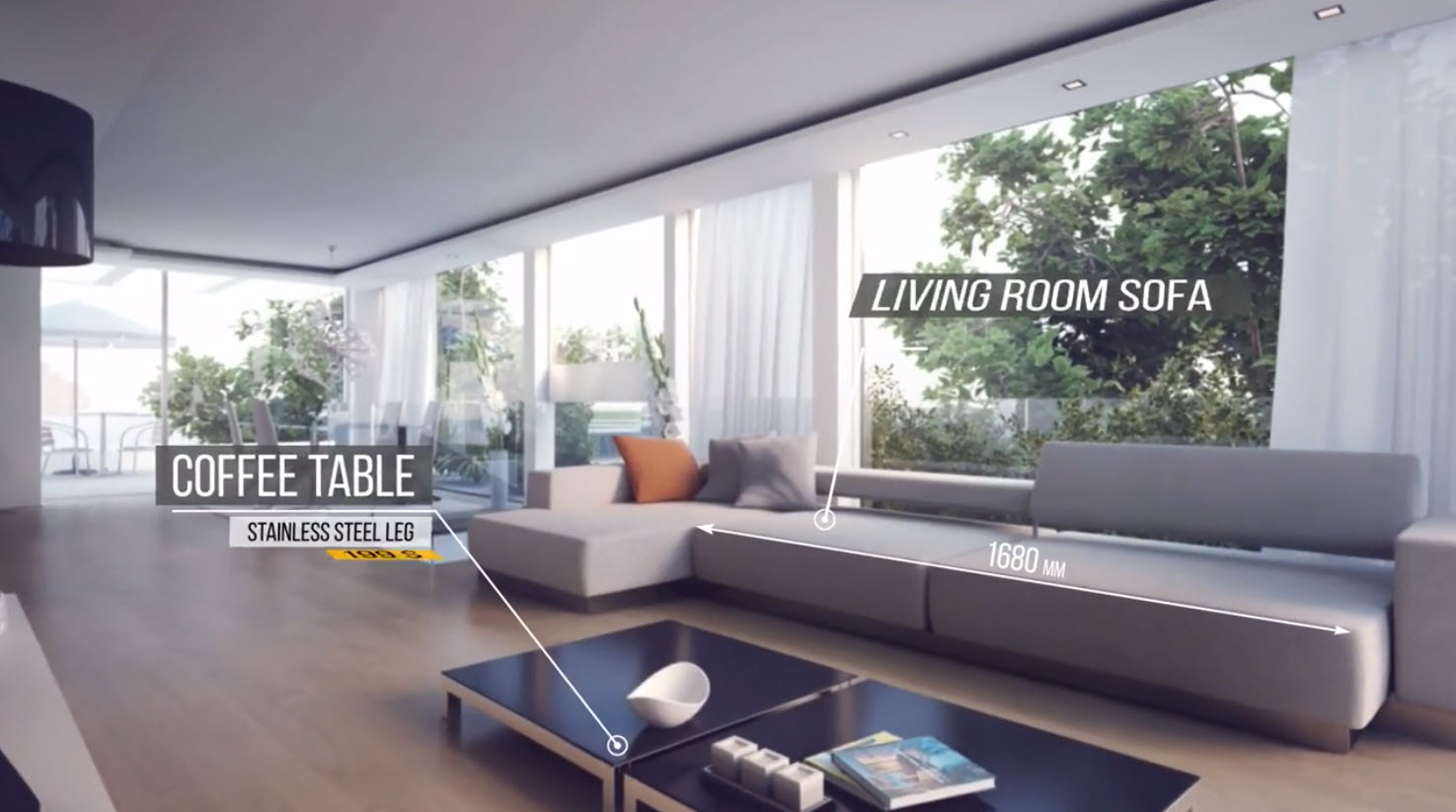 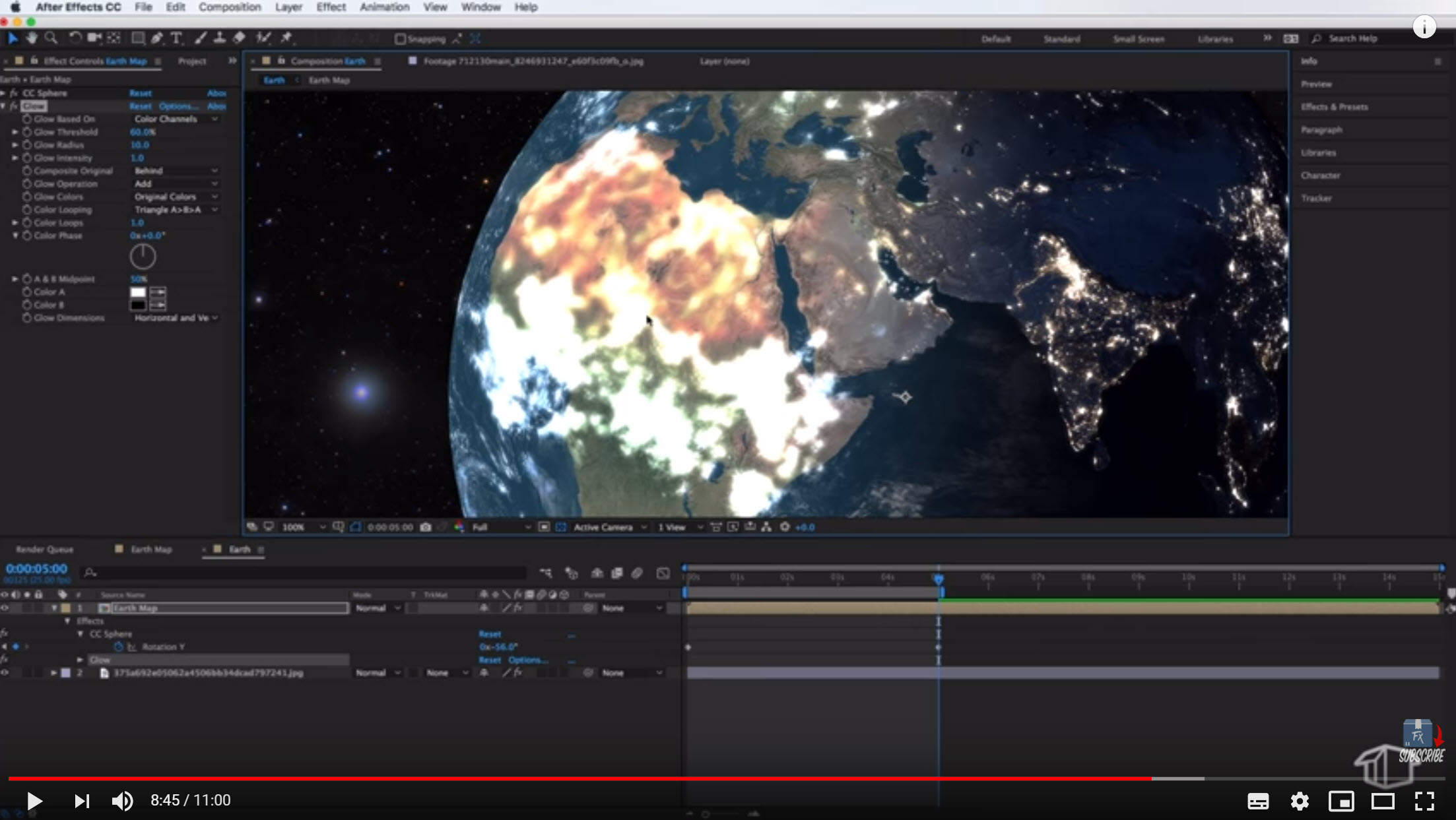 Alternatively, you could use Google Earth. This allows you to make 3D movies of the Earth via predetermined paths. Although you'll have less control, you will find it a breeze to achieve what you want.

Just use Blender. It is one of the best 3D software and its free.

A ton of tutorials, helping comunity, including this one https://blender.stackexchange.com/

You can start using it right now...

Now if you would ask me to do this I would probably do it in Mathematica, Python (matplotlib), After Effects or Maya if its a one off project. But it really depends on the use case I have and what form the data that i need to animate is in.

But you should probably use Blender if you have no knowledge of the applications I would use.

Not the answer you're looking for? Browse other questions tagged adobe-photoshop software-recommendation 3d animation adobe-after-effects or ask your own question.

4
How to make a cartoon promotional video
4
Software for simple 2D technical drawings?
0
Combine multiple, independent animations to a single animation
4
Software recommendation: What program can I use to create maps like these?
0
What software to use to create 3D cross sections
3
What software is used to create 3D architectural diagrams?
2
What program could I use to make animated vector icon constructions?
1
How does the pixel aspect ratio affect motion graphics?
1
What software to use for very basic rigged animations like this one?
0
AfterEffects 3d - can I get an outline around an extrusion?