Inkscape: How to force a text or other shape to fill the interior of a closed path? 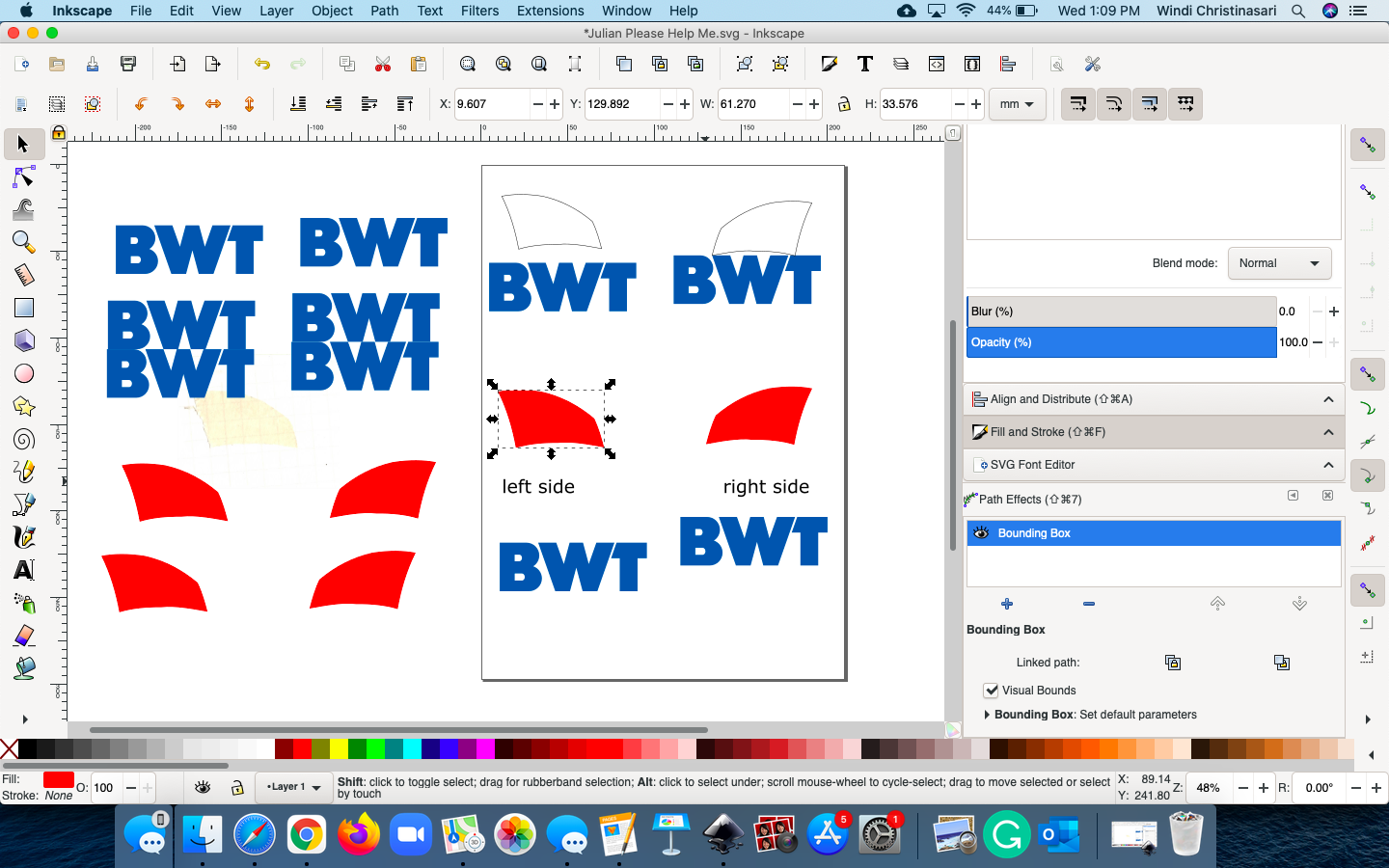 I have tried to use the black stroke-only version of the red shape as a bounding box (=a path effect) but it only makes a rectangular blob around the BWT without affecting its form.

Path effect Bounding Box maybe is not the right way or I do not understand how to use it. Any idea how do it right?

There are several methods possible.

These are both available in the Live Path Effects Selector 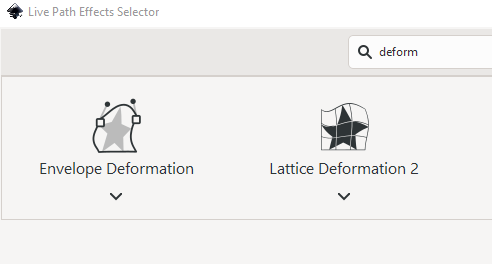 Both these path effects are quite tricky to apply, so you will have to experiment. They're not perfect. These are also very new features in Inkscape, so hopefully the Inkscape devs will be able in time to improve their usability.

If after making the transformations there are still some wonky lines that you'd like to fix, you can do Path > Object to Path to remove the effects, then edit the paths manually.

15
Fill enclosed path in Inkscape
4
How to twist a complex shape in Inkscape?
3
How to add a stroke property or animate the fill path of an svg?
13
How to subtract a shape from other shape on Inkscape?
3
How to edit Inkscape measure text for small measures?
4
How do I fill closed paths in Inkscape?
0
Inkscape - “Exclusion” reverts “break apart” and puts all nodes to one path
1
How to use one a group of objects on one layer to cut into another?
1
Inkscape multi-closed-region multi-lined path
0
Interior fill not working on manually traced image in Inkscape