Photoshop action: how to make a crop (menu item) in an action without deleting pixels? Editing the atn file?

I am working on a workflow to make an auto crop. I have an action set up with an automatic selection (magic wand), a little expansion of this selection and a crop to this selection. To make a crop based on a selection, you have to use the menu item 'Image' > 'Crop'. But it seems impossible to perform this crop without deleting the pixels, although this is an option when using the crop tool.

Many people on many fora said: a crop is made when you want to delete pixels, so what's the fuss all about? Well, I know that there will be errors when I perform a batch action of this workflow. This isn't a problem, because I can perform a quick visual check afterwards and correct images if needed. But for this to be possible, I need the crop to be non-destructive.

This seemed related, so I changed the boolean="false" into "true". It had a certain effect: once opened in Photoshop, the action showed "Without Delete Cropped Pixels" underneath Crop. Unfortunately no luck: the crop was still performed with a deletion of the pixels. Furthermore, when I performed the action step by step, the option changed again into "With Delete Cropped Pixels".

So now I wonder: is it only possible to change the appearance of this option, or is there a real option to perform the crop within an action without deleting pixels.

Other workarounds are also always welcome.

Thanks for the support

I was trying to do what you want using an action but then I thought:

Rather than worry about cropping non-destructively or editing actions - why not just save your edits as a copy when running the batch? Just choose 'Folder' as your destination: 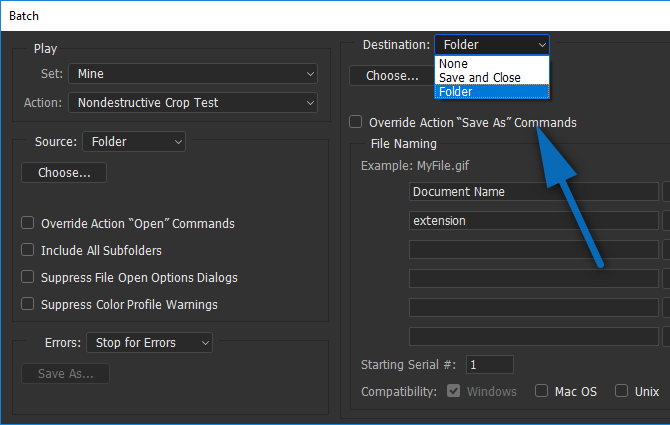 Then if there are errors you'll still have the originals right?

After reviewing your comments, I believe I have solved your issue.

I made a simple test image and saved it as a TIF.

I tried to do what you want and I found you just need to change your action up a bit.

In your original question you said the following:

To make a crop based on a selection, you have to use the menu item 'Image' > 'Crop'.

Here's your problem. That isn't true. That is one way to do it but it's not the only way...

So here is my test image (this is not the TIF I made just a PNG copy for demonstration purposes here) : 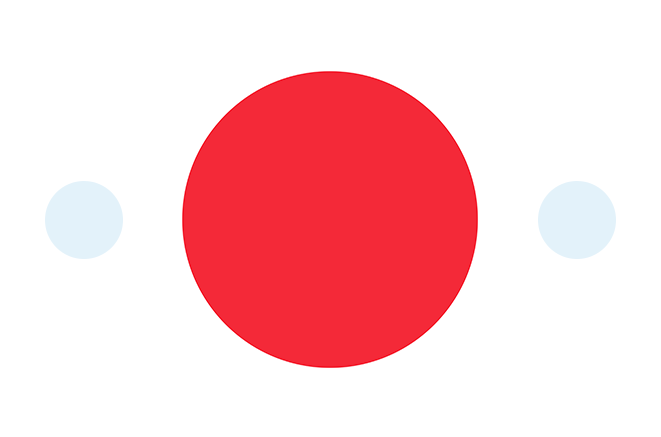 I put two smaller circles outside the bigger one and made them transparent enough so they wouldn't affect the Magic Wand selection but so I could still see them.

Now here when recording your action, rather than going to Image > Crop - which is (as you've discovered) very much destructive - instead just switch to the Crop Tool. It should immediately snap to your selection, then just hit Enter a couple of times to accept the crop. (Here make sure Delete Cropped Pixels is unchecked.) 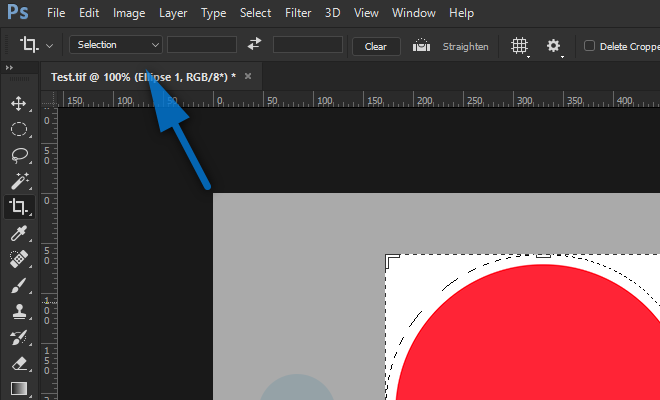 That should be the only change you need to make to your action. In my test I was able to run the action and crop to the red circle, save and close the file completely, then reopen the image and the two blue circles I saved were still there. Cropped: 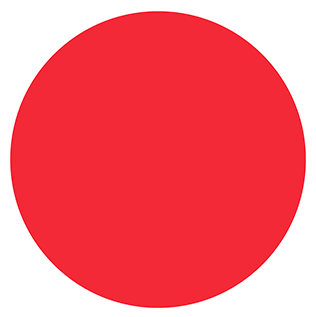 And after reopening and choosing the Crop Tool again: 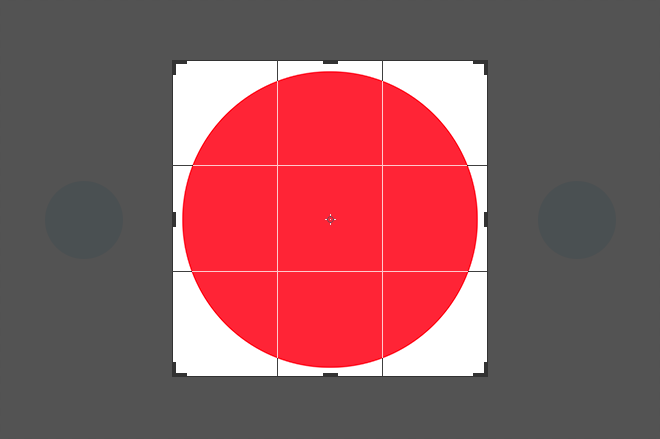 A little hard to see because of the crop overlay but the blue circles were still there.

Hope that helps you out...

Not the answer you're looking for? Browse other questions tagged adobe-photoshop photoshop-scripting or ask your own question.

6
"Step backward" also changes currently selected layer
4
How do I contract a selection of all pixels in Photoshop?
0
How to select an edge in Photoshop CS6 that is not quite horizontal or vertical?
0
Keep background layer when cropping (script)
1
Photoshop CC (OS x) not cropping tight to edges
1
Is there a way to set transform units to pixels in Photoshop CS6?
1
How to make the cropping edges hard - no automatic feathering wanted!
2
Batch Automation: Is there a way to change the image quality, when saving for web?
1
How to export different crop sizes in Photoshop?
0
Crop Set of Images to Largest Area in Set