How to reduce the vertical bounding box of a font?

I just extracted Twitter's iconography glyph font (before the new redesign) to also keep it in history (because I also much love it than the new one imho) and also study and use it on my Twitter UX concepts (the copyright is all on Twitter, just using it for my personal uses only), It's called Rosetta, but when you convert that WOFF font to OTF or TTF from any converters online, it shows a big vertical bounding box below, which makes picking glyphs on Photoshops difficult as they're cropped, like this: 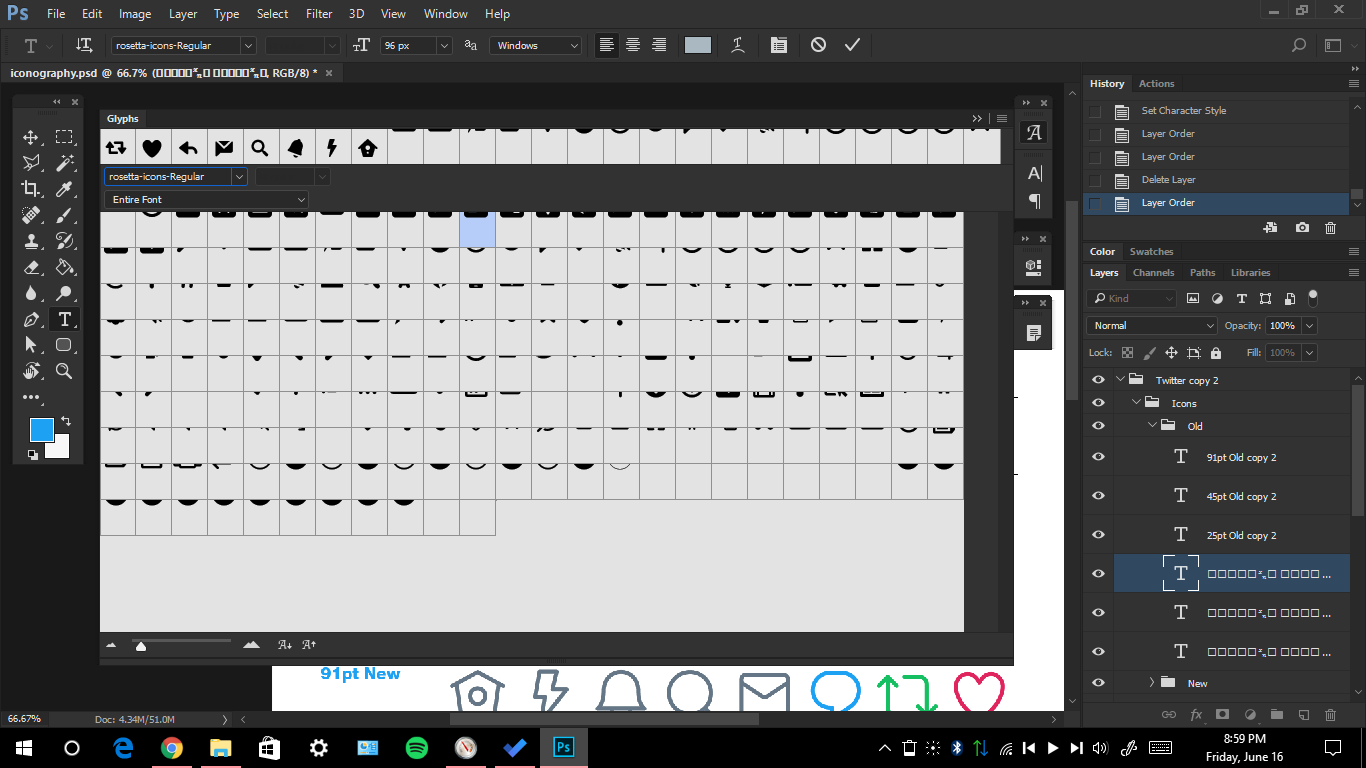 How could I modify it using a 3rd party font maker tool like FontForge to remove that bounding box below so it will show correctly?

Font Forge can open .woff files and can do mass transformation of the glyphs, e.g., scaling, moving, etc.

If you are picking directly the image of the glyphs form screen grabs, FF can also show the glyphs in 128px size, and adjust the view to the bounding box or to the whole glyph.

Not the answer you're looking for? Browse other questions tagged fonts web-fonts font-design or ask your own question.

6
How to reduce the size of a (chinese) .ttf font file?
2
How to make a font thinner?
2
Font, letter E sans vertical bar
7
Problems with Dynamic Text in SVG when font is not SVG
2
Consistent vertical alignment of self-made font
0
Reduce font size in TTF file
1
How to design a font like this?
1
How do I get the menlo font onto Google Docs?
1
How to remove "wrinkles" on font?