How do you cut out an enclosed section of background from a picture in illustrator?

I was wondering if anyone can help me with this issue?

I have attached two pictures to try ad explain the issue: 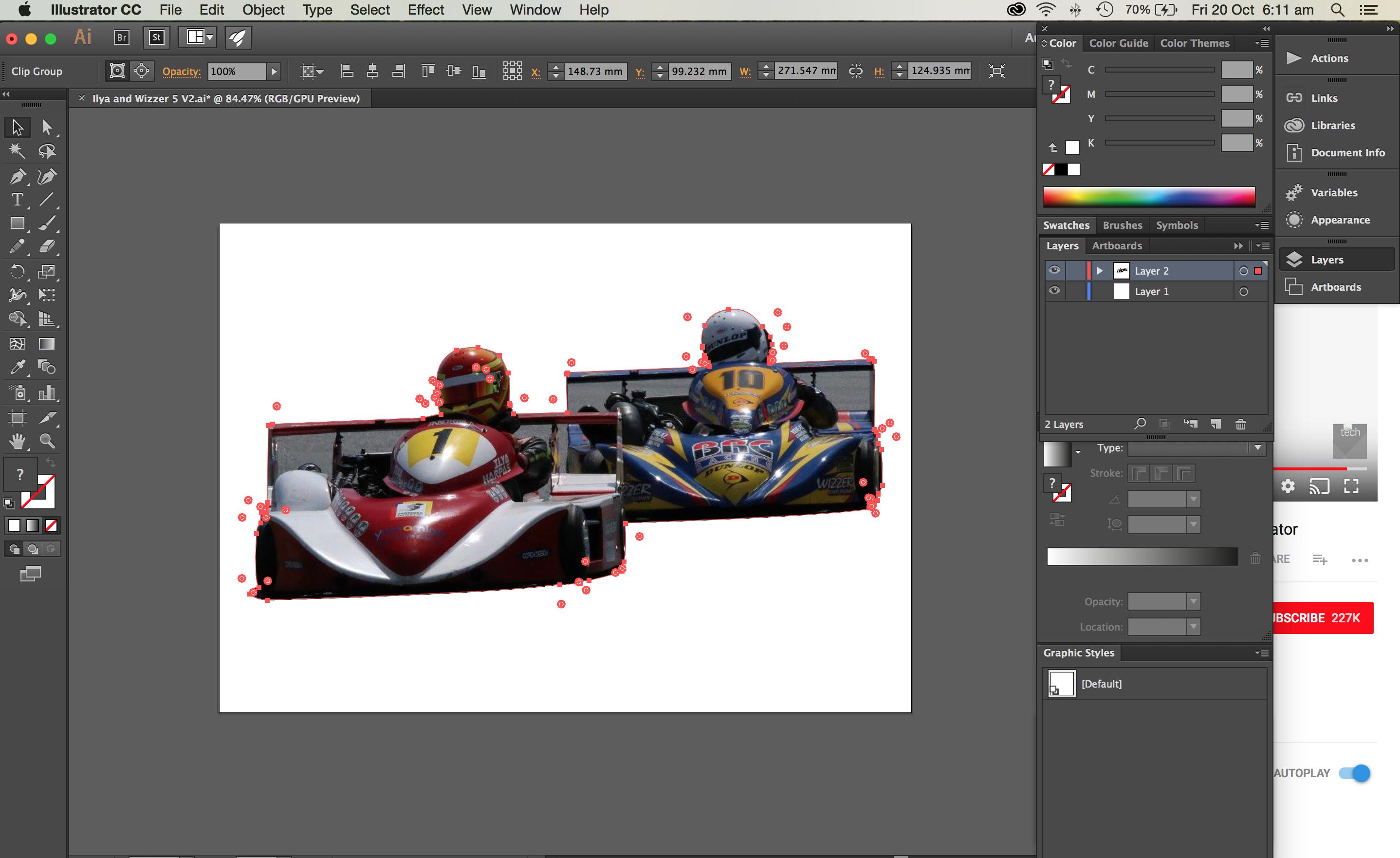 Any help would be appreciated.

There's several ways to make holes in already clipped graphics. To keep the construction clear I recommend to release the clipping mask and to modify it.

You can draw a new shape that covers the unwanted part. Subtract that new shape from the old clipping mask using Minus in the Pathfinder panel.

If that's not possible because there are groups, several clipping masks or other reasons that make the case complex, you can force a part of the artwork transparent by adding a black opacity mask that covers the unwanted area. 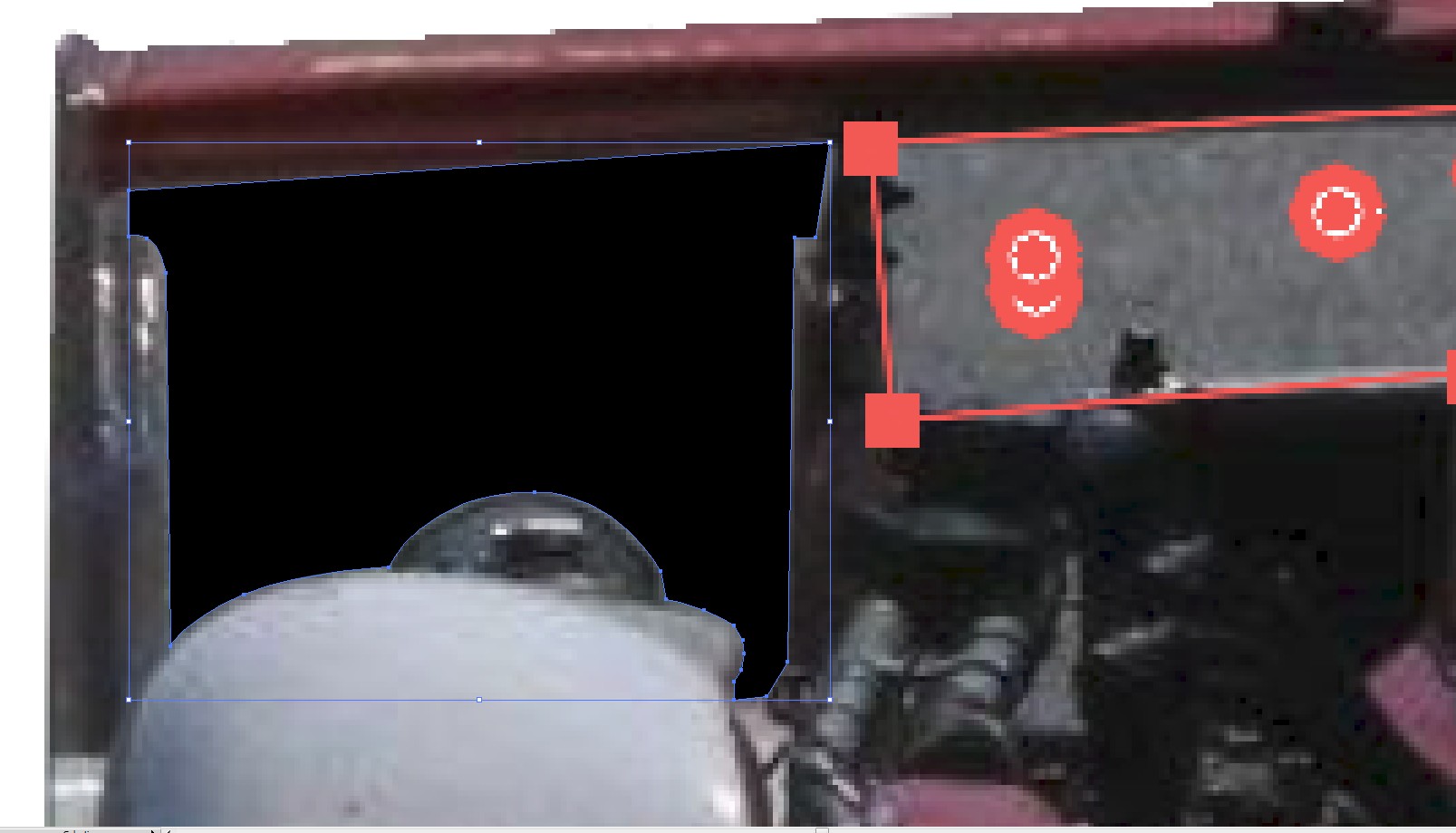 A shape is drawn with the Pen to cover the unwanted part. The drawing was done without a fill, but having a thin brightly colored stroke. The stroke was removed and the black fill was added when the shape was good.

The artwork and the black shape were both selected and in the Transparency Panel in its top right menu "Make Opacity Mask" was just clicked. The covered area is now a transparent hole. 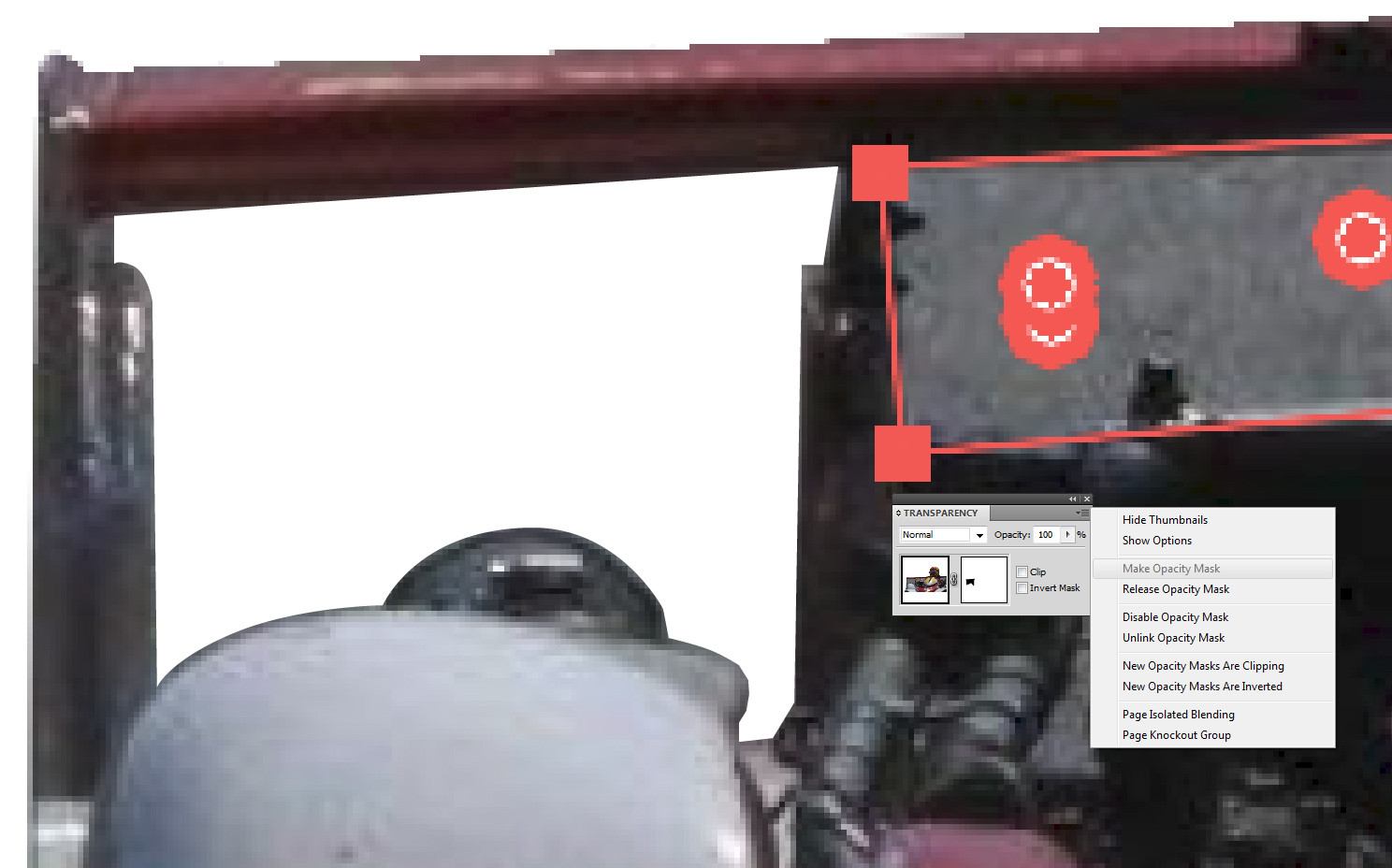 NOTE: Clip and Invert are unchecked.

If there's some unwanted left, the mask can be released and edited with the direct selection tool. Very easily - like just now - some edge has too much unsharpness blur from the wrong side of the cutting line. That is fixed by shifting the line.

I recommend to remove the backgrouds of the photos in Phoroshop, GIMP or other capable photo editor. There's much more useful tools for the job. In Illustrator you can very rarely use anything else than the pen and the direct selection tool in case of editing is needed. Just in this case in a photo editor it could have been possible to wipe the grey edge of the hole bottom off by copying a little of he unblurred material with the cloning tool.

Not the answer you're looking for? Browse other questions tagged adobe-illustrator background-removal or ask your own question.

13
How to extract PNGs from Adobe Illustrator file
0
Illustrator: How to prevent layers showing white background?
3
What is the best way to remove the clouds from the background?
1
How to cut out a shape from another shape that has effects?
0
How to completely erase background of pen and ink drawing leaving only the lines
3
Use empty background image as reference for product cut out
3
Rectangle border into 4 equal pieces Illustator
0
Border around artwork when exporting Illustrator
0
How to remove SVG background when the background colour is a mask