Does Photoshop allow us to deform linear objects to complex curves?

Tying shoelaces in Photoshop would be an overkill, but I have been trying to get the electric cord of a vacuum cleaner to appear as perfect spiral in Photoshop. It is for a product photograph.

I feel like I have seen it done in either Illustrator or PS, but Lightroom is the program where I am experienced. So could anyone tell me if this is possible and how?

edit: For example, let's imagine we have a cord that goes slightly zig-zag, isn't there a way to select that cord and straighten or curve that shape?

You can try to warp nearly right image, but the result is unsure. I recommend inserting a photo of a well bended other cord. A piece of unused cable should be easy to wind to the wanted form. If that's not available, add a fake cord.

In Photoshop there's no easy to use tools to bend a straight piece of cord to perfect cable winding. Illustrator has more flexibility and we use it for this. Affinity Designer would be also useful. 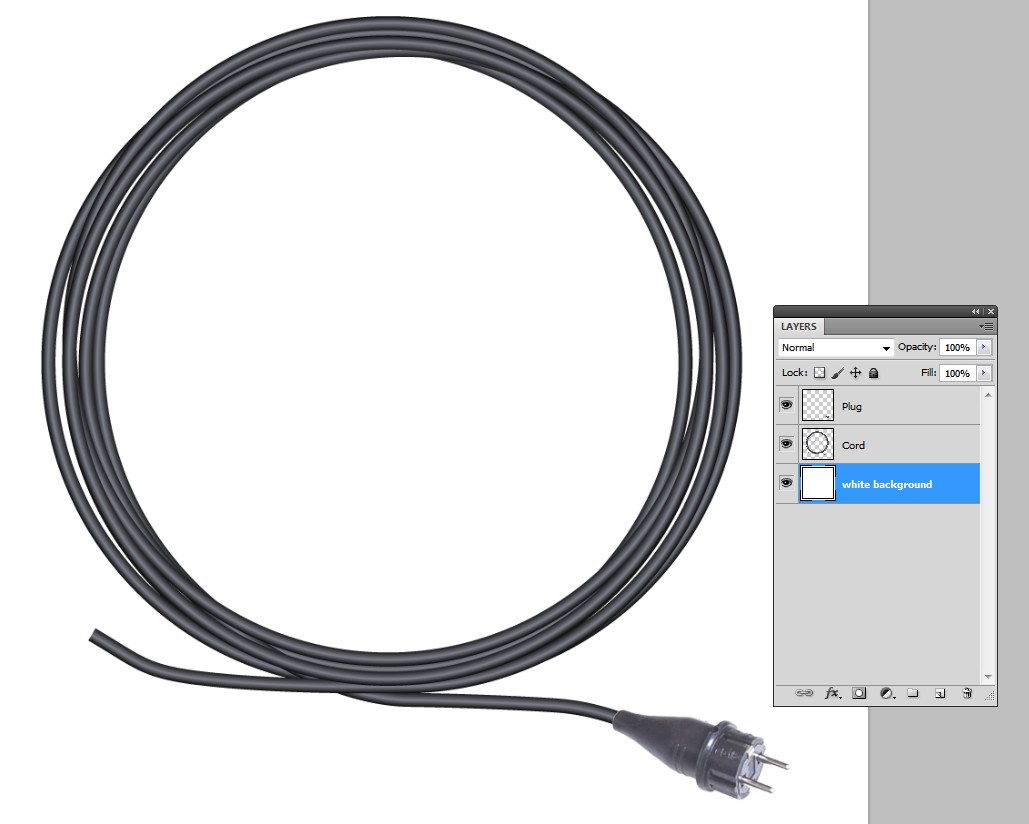 It's difficult to see directly that this is a fake, because the eyes get confused due too many curves to follow. Perfectly concentric circles are more easily seen as circles. 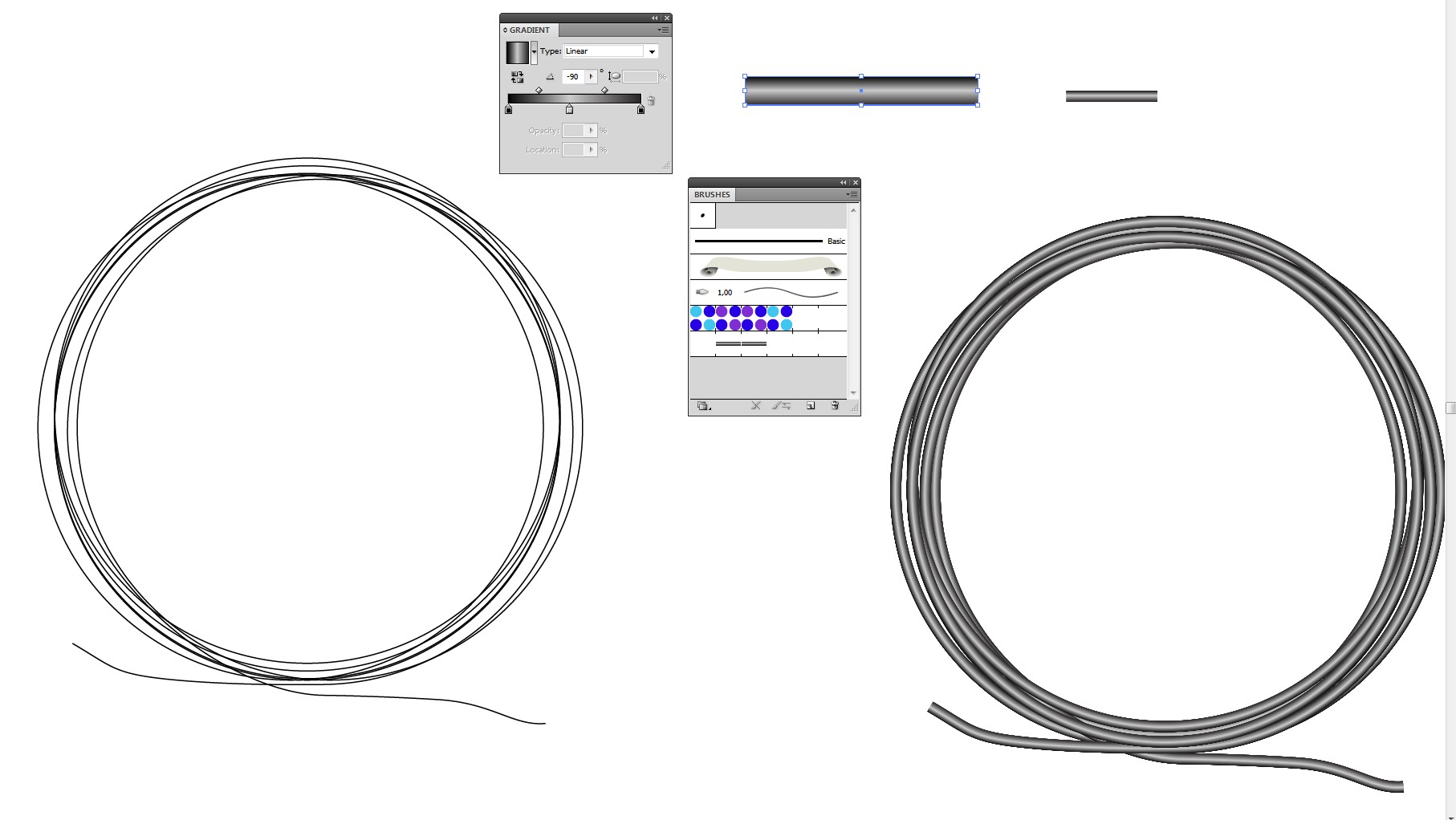 The fake cord is a few identical circles, one of them is cut with the scissors and the tails are drawn with the Pen tool.

Then a rectangle with gradient fill was drawn, expanded, the clipping mask was removed, a small copy of it was dragged to the brushes collection and defined to be a pattern brush.

That pattern brush was applied to the rings.

There's no easy way to transform this to a perspective image of a winding which is lying horizontally on the floor. It can be a bunch of ellipses (=the former circles squeezed vertically before applying the brush), but the result will be poor. It's complex to make and it will look out nearly flat. I would say Crap:

3D modelling can give the perfect result. 3D versions are beyond the scope of this answer.

NOTE: 3D construction of the winding + integrating it to the image is more work than photographing a real cord, removing the background and editing the result into the image.

-2
Can you create a plastic/rubber tube like structure in Photoshop with a specific path?

0
Photoshop CS6 will not allow me to choose Shape colour
2
How to handle complex User Interfaces in Photoshop Layer Comps?
0
Photoshop curves problem (image goes black)
0
Does anyone know how to create this type of complex gradient background?
1
Photoshop: Border around complex transparent image
1
Photoshop editing CMYK curves for printing
0
putting a border around a complex shape i photoshop
0
Photoshop will only allow SAVE-AS
0
Does Photoshop 2018 allow recordings of “Save for Web” action for batch processing?
0
How to remove background from Complex in Photoshop