How can I remove cross-stitching lines

I'm not sure whether this question is suitable for this forum or not, but I'm going to give it a try anyway. If it's not, can someone please point me to the right direction? Thanks.

The Story:
My mom loves cross-stitching. She is subscribed to multiple communities(?) on Pinterest. She wants to recreate a couple of the images she finds but they always have lines from the cross stitching. I would like to help her by editing the existing images, so the don't have the cross-stitching lines. 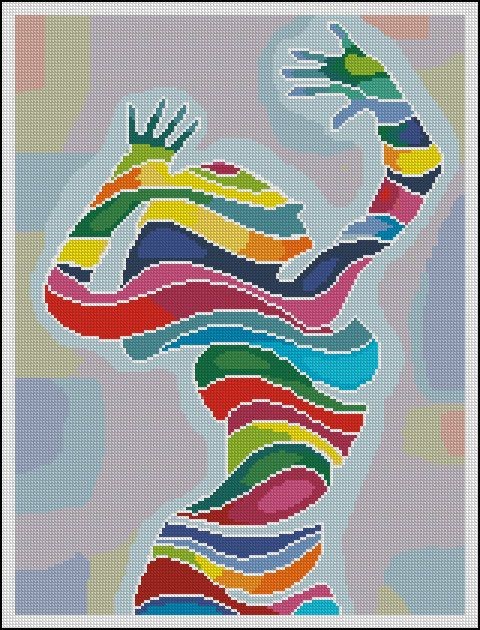 If you zoom into the image you can see that the colors are not hi-def at all. I have tried reverse image-searching but I haven't been able to find anything.

Now my question is:
How do I remove the cross-stitching effect on the image. Don't worry, i'm not asking anyone to do this for me. I would just like to find out how I can remove the effect.

EDIT
Good news! I'm starting to answer my own question.
I've removed the white and black border around the image and devided the image width (and height) by the width of 1 stitch (which was 3 pixels, on this image).
But I still have more colors than desired, which was expected. 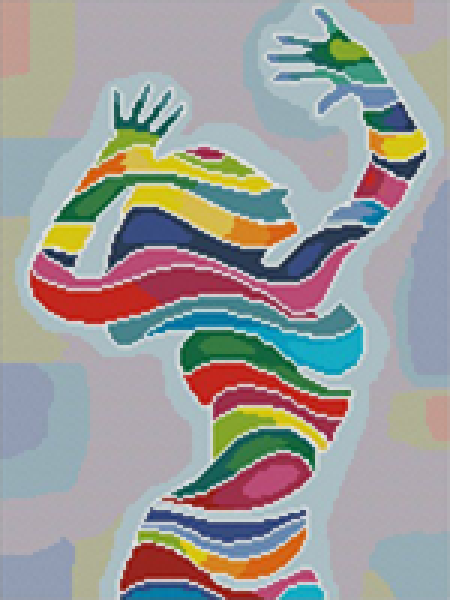 More questions
How do I get rid of the extra colors on the edge of the segments?

I realize you tagged your question as one for Adobe Photoshop, however it would be better to recreate the image using a vector image editor instead, such as Adobe Illustrator, CorelDraw, or even Inkscape which is free.

Here's a partially completed example done in Inkscape, but the same is possible with other vector image editors. Obviously I rushed this, but you should get the general idea.

So that you can see what's going on, I outlined the clipping mask temporarily in blue, showing the underlying filled and stroked shapes. 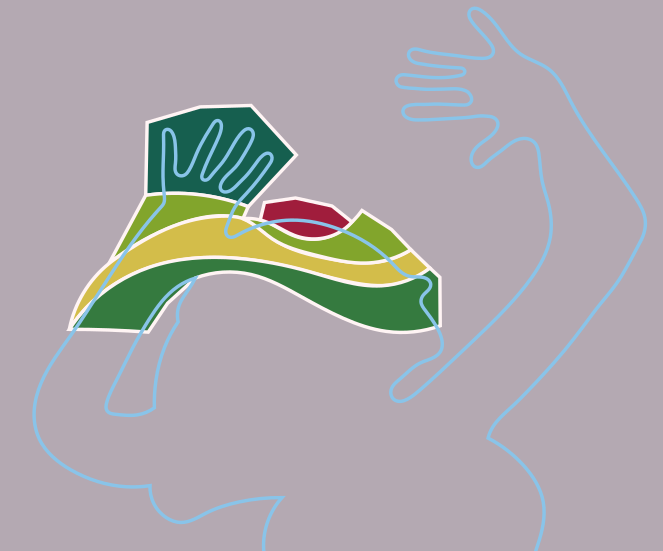 Here it is with the clipping mask applied, and the outer outline stroke changed to white. 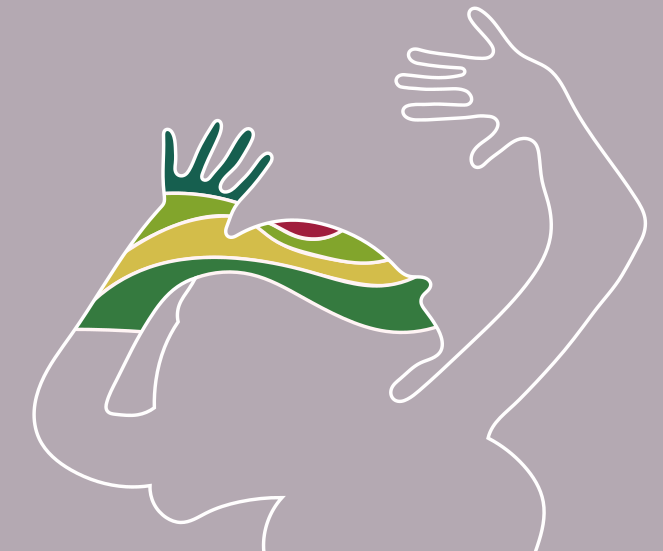 1
Removing a white background when foreground contains white
1
Invert Colors of an and get a specific color scheme
1
How to mask sections of an image
6
What is this shifted red and blue effect often seen in VR called? How can I achieve it?
4
How can I reduce exaggerated wrinkles in a person's profile image with Photoshop?
1
Reduce line thickness in B&W line drawing using Photoshop
1
How to determine the difference of color vibrance of a pair of images?
0
How to resize all the layers?
0
Remove an element on an image and recreate a plain color background, without Content Aware Removal tool
4
How can I achieve a mix between a gradient and a picture?