FontForge not showing glyph in metrics or preview

This is my first attempt to design a font. I'm using Affinity Designer (latest version) on an ipad, and Adobe Illustrator 2020, and FontForge (latest version) on a Macbook Pro. I exported the glyphs: a, b, c, d, e, f, and g as separate svg files from Illustrator to FontForge. On the individual glyph editing screen, they each looked like FontForge understood them. However, when I used the metrics window to preview, only the b, d, and g showed up. The other letters were entirely blank.

I get the feeling it has something to do with the "hammered metal" look confusing FontForge, but I feel like there should be some way to make that work since that's what I'm going for in the design.

Since I'm new to this, it's very likely there's some option either in the exporting or the importing that I have to adjust.

Any help would be appreciated if anyone knows how to get FontForge to read the file uploaded below (the "a"): 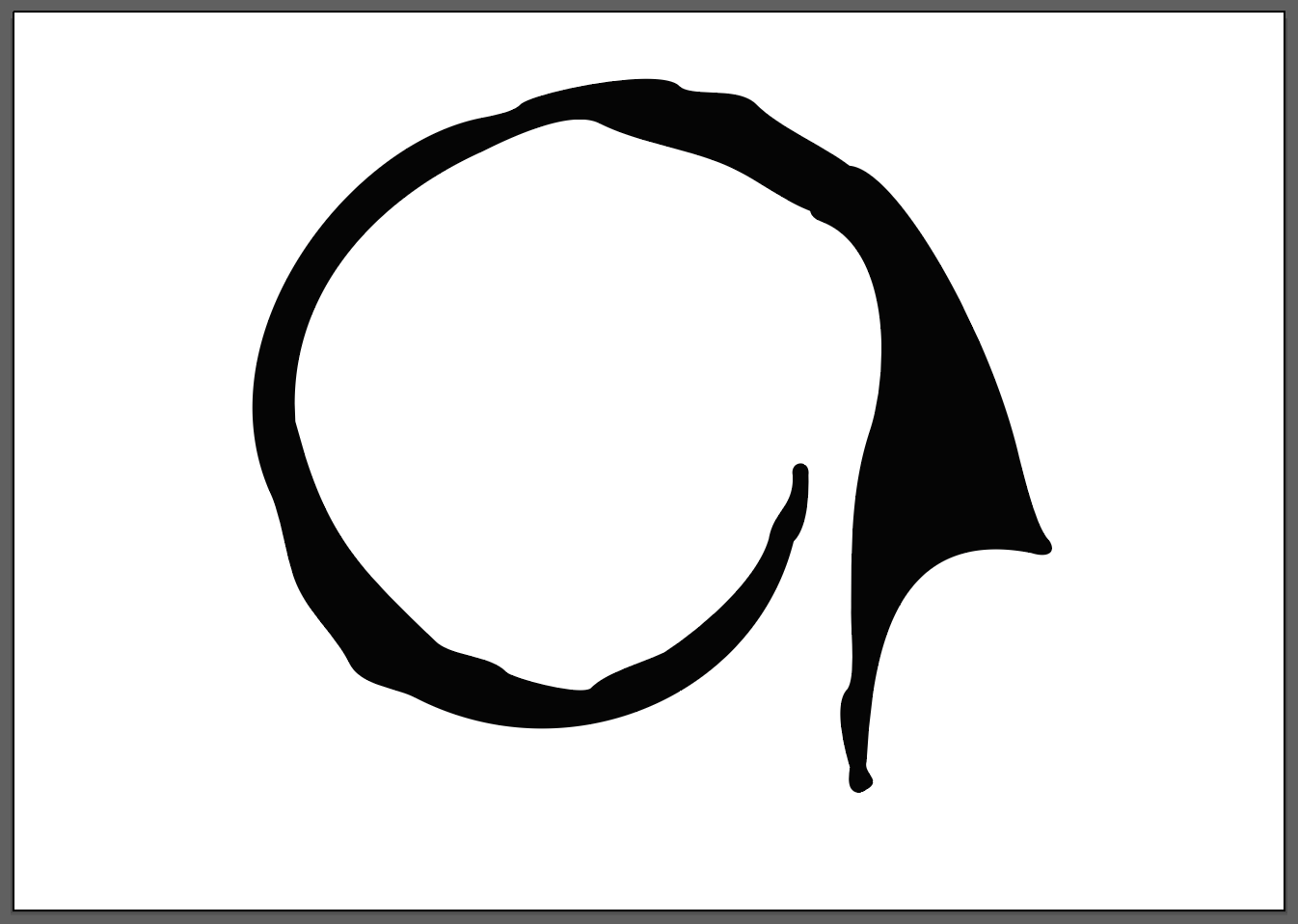 fontforge seems to understand "a" in the editing mode: 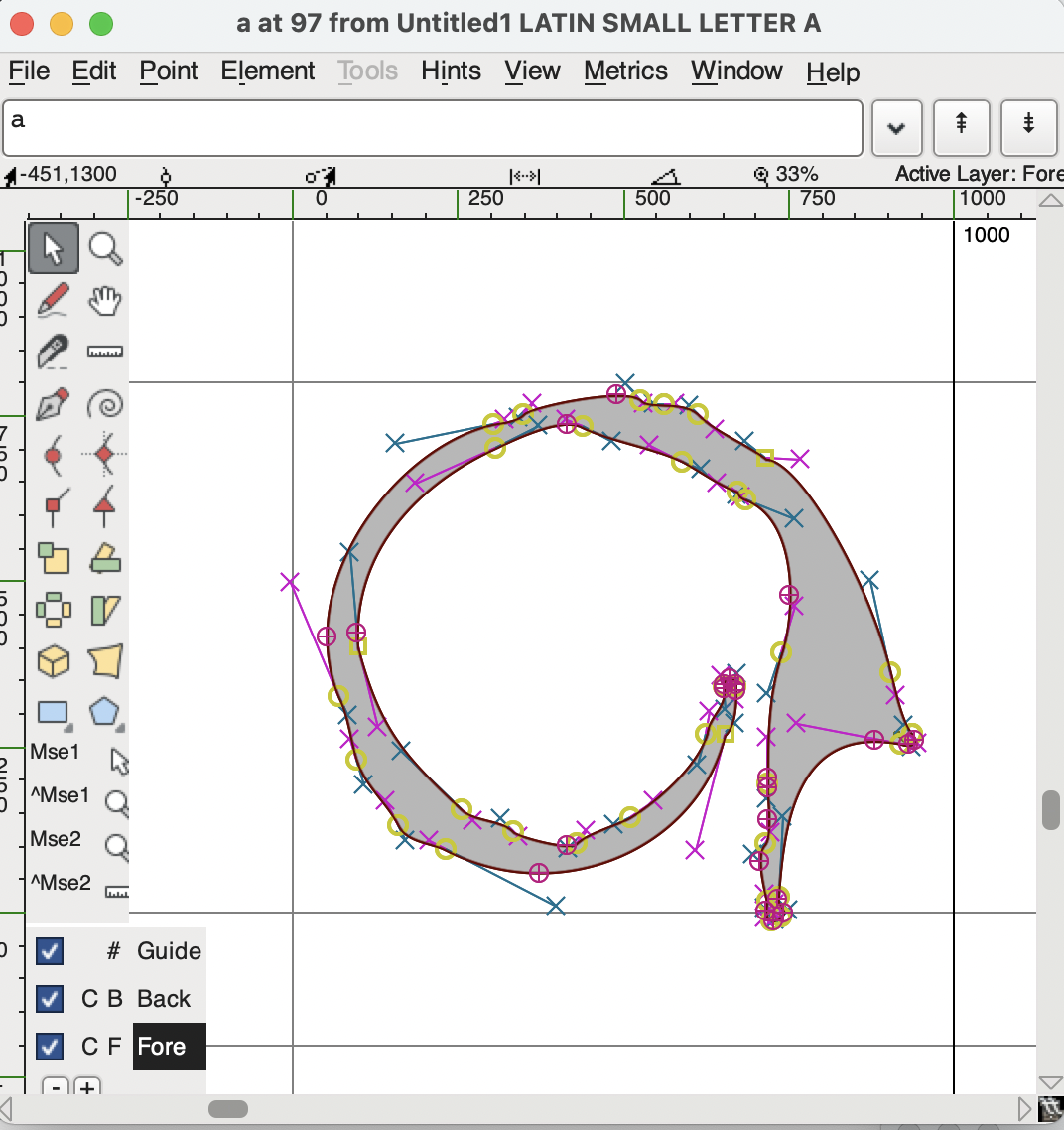 fontforge showing a blank "a" in metrics: 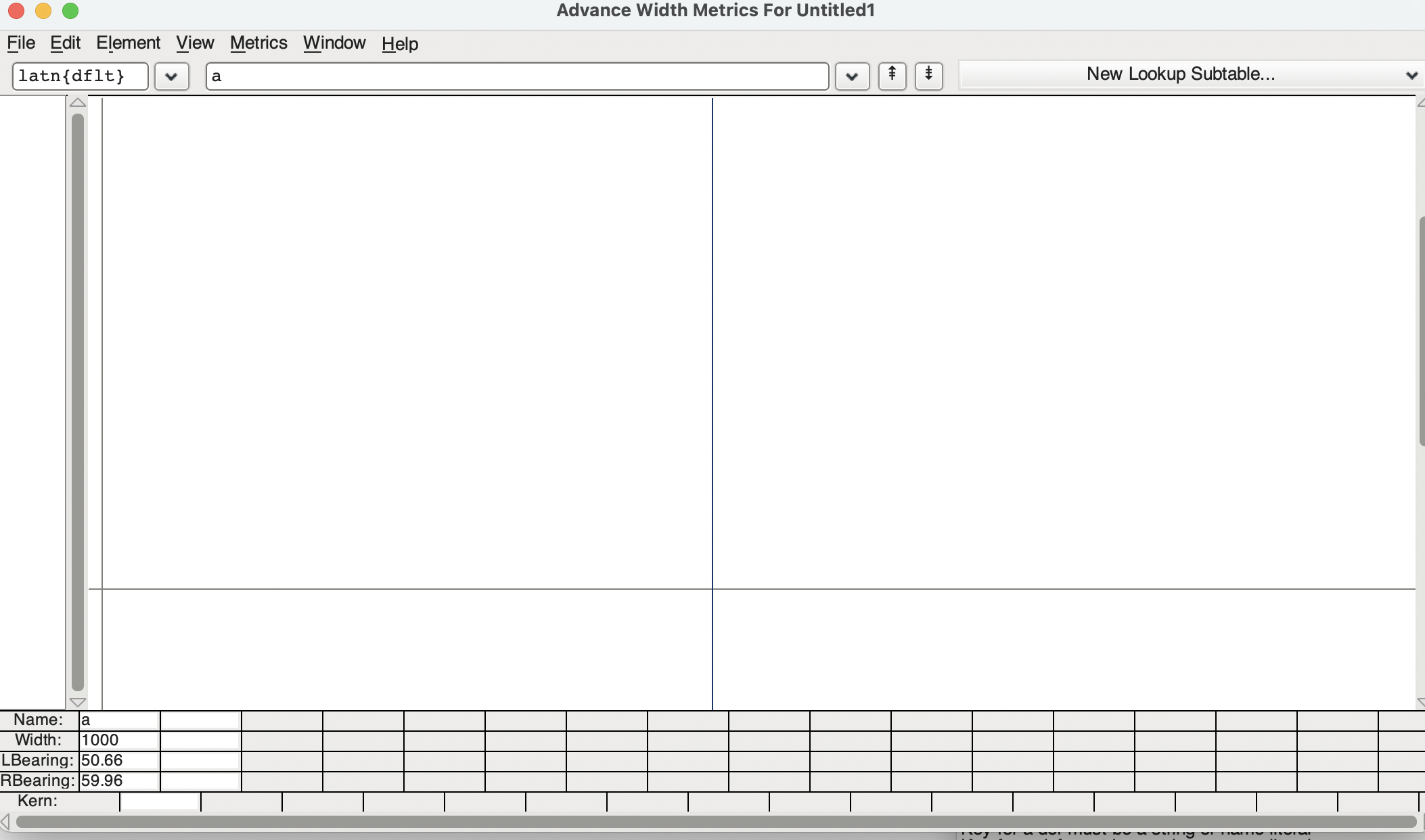 Thank you and please let me know what else I can add to make this clearer!

I think the most likely cause of this problem is that the path of your 'a' glyph isn't closed.

Here's a simple example. Here, the 'a' glyph is open near the top of the stem. Although it is filled in the glyph preview window, it doesn't appear in the metrics window and probably won't render properly when exported to a font.

If you drag one end point over the other, FontForge will close the path for you. This fixes the problem. (Or in Affinity Designer, just select the path and click the

I just checked your SVG file and as I expected, the path isn't closed:

Not the answer you're looking for? Browse other questions tagged adobe-illustrator file-format font-design font-forge or ask your own question.

9
Can I just save files as a PDF from Illustrator?
1
Blank border when importing eps files
4
Editing glyphs in FontForge and related software has no effect – depending on where you look
3
Generating font files from SVG files
0
Illustrator makes bad quality outlines when exporting to SVG
0
Vector file showing up with embedded image
0
Opening and editing Adobe Illustrator (.ai file) in older Adobe CS4 or CS5 version?
3
How to set an 'ignore' on a pattern for contextual substitution in FontForge
14
Is it unprofessional to provide svg files instead of eps?
0
Fontforge/Illustrator problems with SVG files and fonts