Snap object to guides in Photoshop CS6 vs CS5

I just recently upgraded to Photoshop CS6, and so far, I've run into a major issue regarding my workflow. In CS5, I was able to have an image snap to an intersection of guides (in this case, the center of the image); while I can do that in CS6, it doesn't seem to allow me to center an object if the object is not of a certain size.

I can't think of a way to explain this, so, I've attached two pictures--one in CS5 and the other in CS6. I'm in the process of transforming an object in the program in each shot. It is the same file, with no modifications to it. You'll notice in CS5 that the x/y coordinates are (50px, 50px)--the canvas is 100x100 pixels; while in CS6, the x/y coordinates are (50.50px, 50.50px). Even if I manually input (50px, 50px) in CS6, press "Accept", and I transform the object again, the coordinates will have not changed (they still read (50.50px, 50.50px). Also, you can see that in CS5, the anchor is highlighted in red (as to indicate it is centered on the intersection)--whereas in CS6, this behavior is absent.

Is this how this is supposed to be? It's incredibly frustrating. If I made the object I'm trying to center either a few pixels larger or smaller, it will allow me to perfectly center it. Not sure why that is, but CS5 doesn't make me do that. 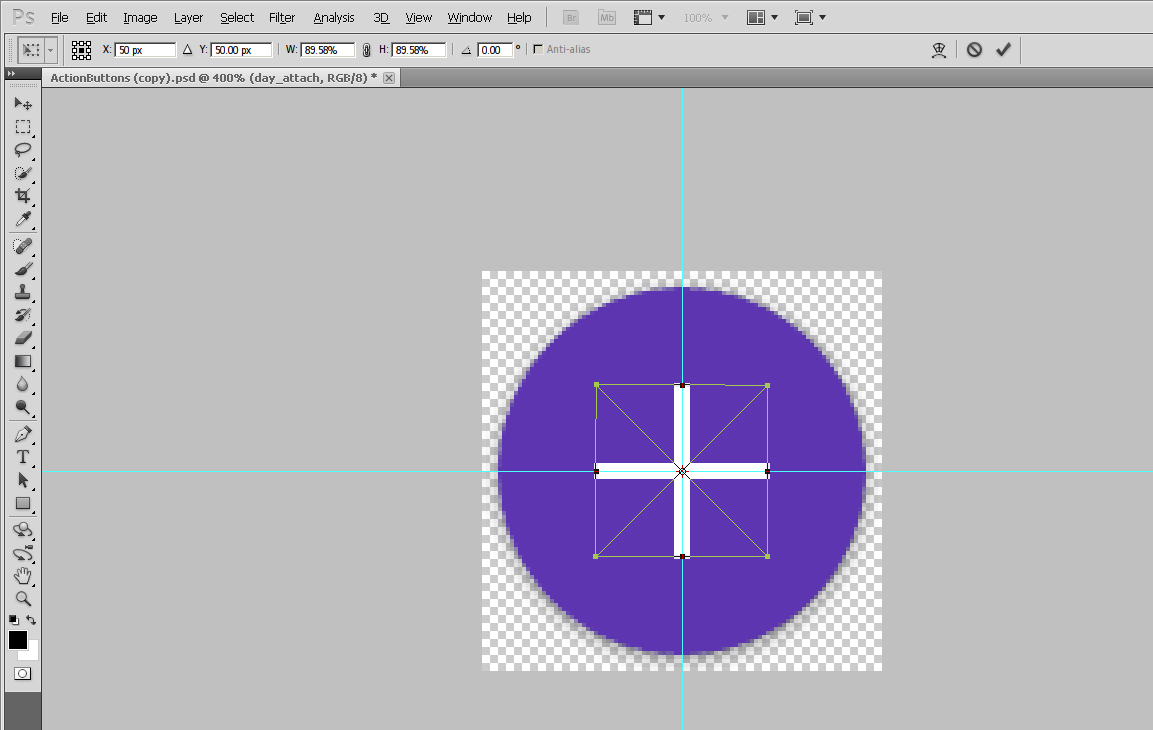 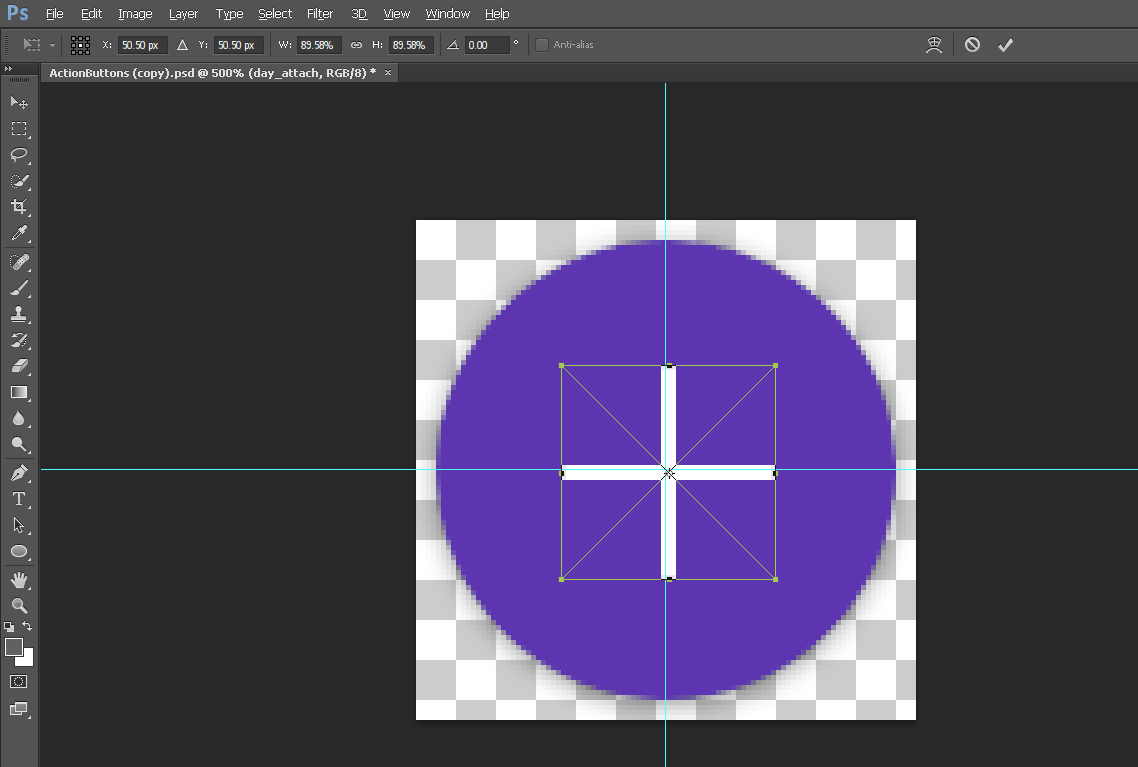 I cannot tell you why it is behaving in such a way, But i may be able to give you an alternate that might help you go around this particular problem. you can select the whole document using CTRL+A and then (having the layer you want to center to the document selected) Use the align options that appear above the taskbar when the move tool is selected. 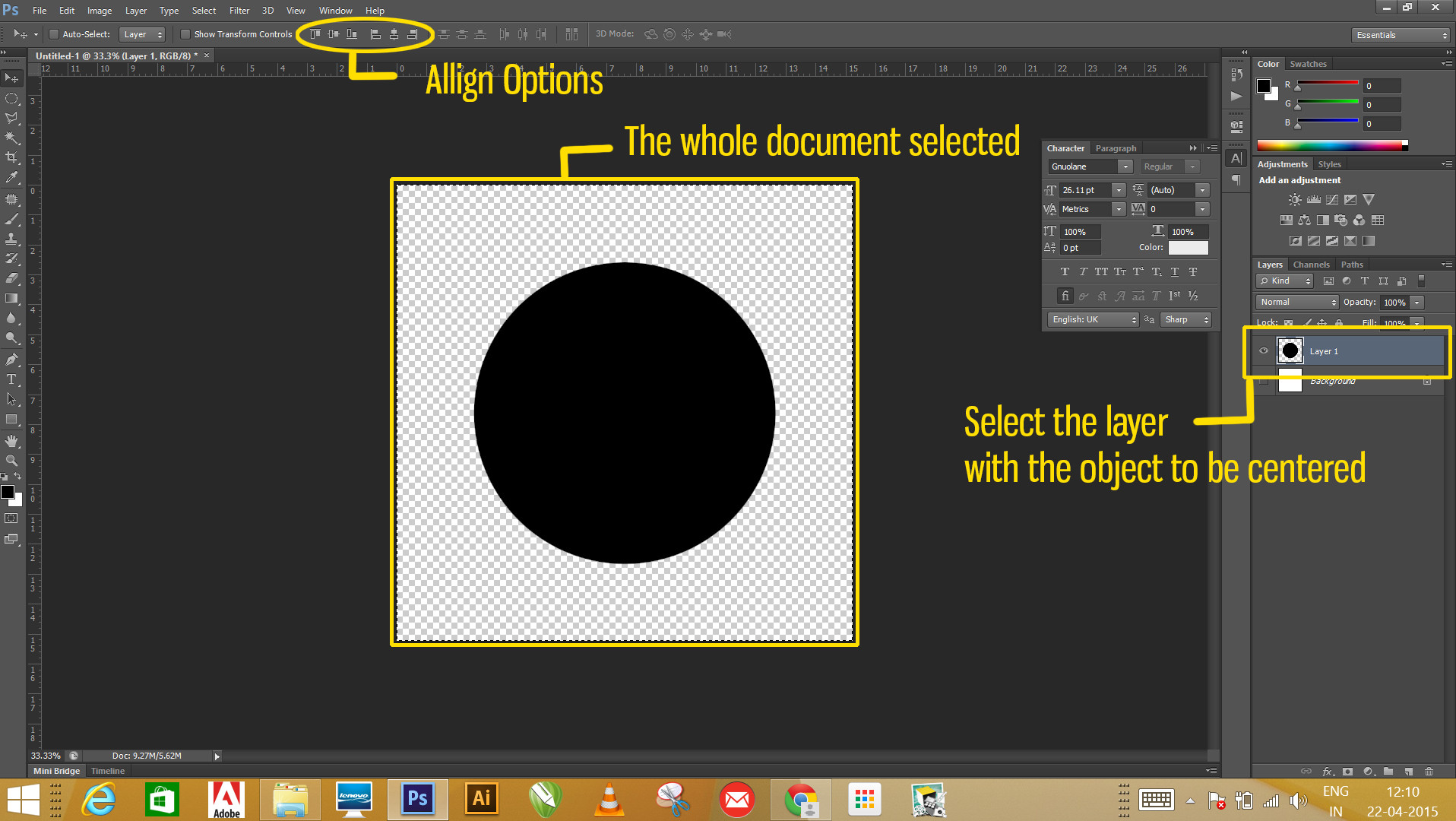 you have to use the "Align vertical Centers" & "Align horizontal Centers" options. you can use these options in any order you want. Hope this helps.

Not the answer you're looking for? Browse other questions tagged adobe-photoshop cs6 cs5 snapping or ask your own question.

3
Photoshop CS6 extended, is there a way to disable the edge highlighting of shape selections?
1
Why guides option is not working in Photoshop CS6?
7
Why doesn't the gradient tool appear over the object I've applied it to in Illustrator CS6?
0
Save for Web in Illustrator clipping incorrectly!
4
Photoshop resize image to specific size, keep proportion?
4
How can I extract a layer's transformation matrix in Photoshop?
0
How to avoid sequence numbers when exporting layers in Photoshop CC2015?
0
How to replace Smart Object in Photoshop mockup and make it fit?
0
How can I “Distribute Layers” when they don't fill a transparent frame?