Too many compound paths in illustrator.. need to merge and delete from an object

Hello everyone I had been trying to cut out many paths from a single layer in Illustrator. I was trying to convert an anchor point so I could move it but apparently I have ran into a problem.. My image that was previously cut out from a white circle disappeared.

I am transferring from photoshop but never had this problem before. I have many paths that are overlapped since I was trying to cut them all out from one layer.

Can I get any help on this? I can't seem to merge all the paths or compound shapes.. but everything that is within a path I want to delete from this white circle. 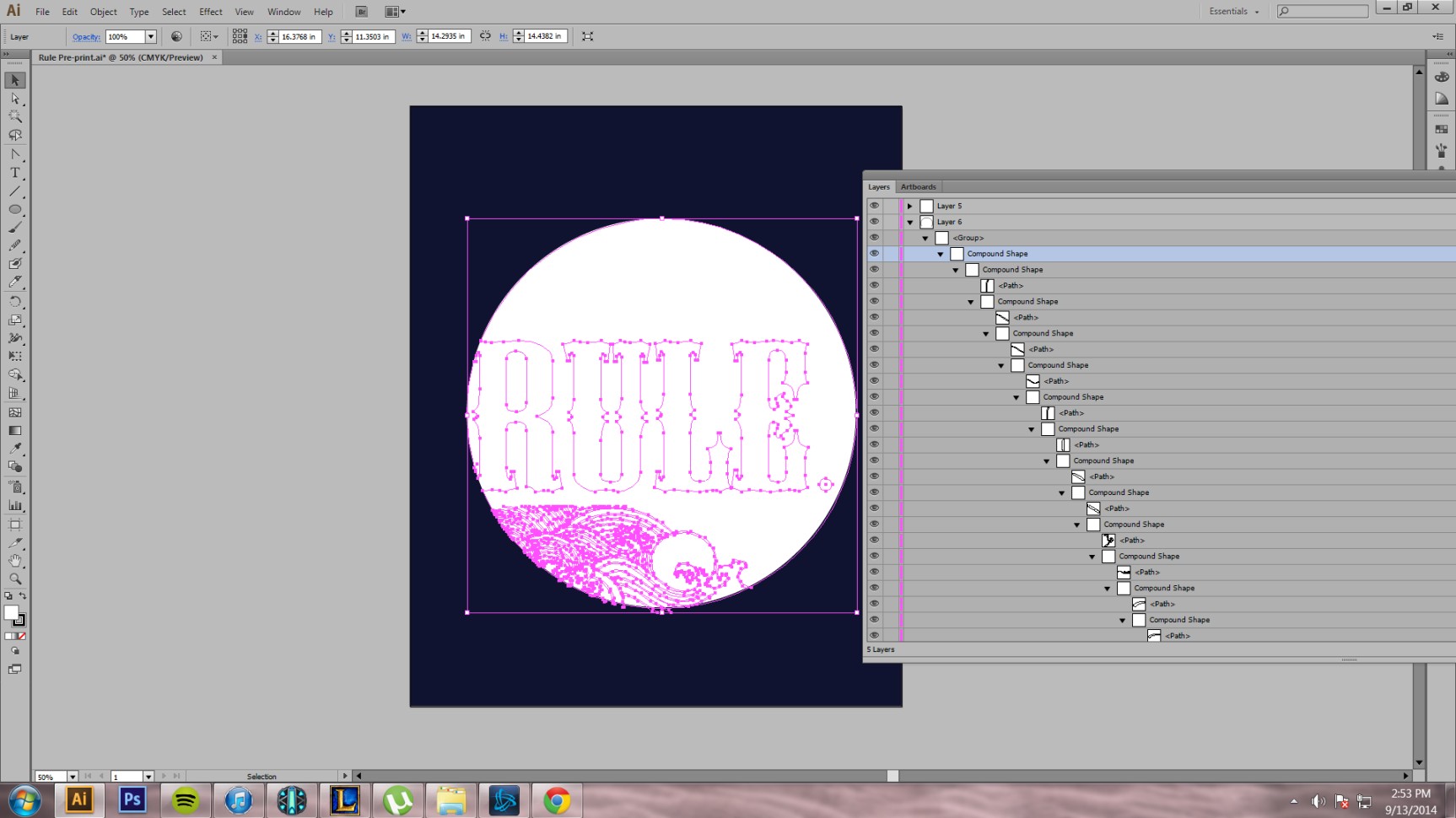 This should work. To assist any further I'd need access to the actual file.

Not the answer you're looking for? Browse other questions tagged adobe-illustrator print-design or ask your own question.