A bit of background:

I am a technical writer who as a result of corporate restructuring has become the “illustrator” for our Technical Publications department (we previoulsy had the services of a "real" graphic designer). I am completely self trained in using CorelDRAW X5 and (a little time with) Illustrator; save for a few tutorial videos I have watched and browsing forums such as this for guidance. I wouldn’t say I’m a novice, but I certainly don’t consider myself to be an advanced user either.

When our company re-organized, our department inherited the responsibility of making updates to technical manuals that another division had created. This location used a standard blue rounded-rectangle (with a stroke and drop shadow) as a background for all of the graphics used in their documents. There is an Illustrator file that contains about a dozen of these rectangles all with the same width (the intent is that this width is never to be adjusted) and varying heights. Occasionally, a graphic will fall “in between” two of these pre-made rectangles, but resizing it vertically (using the Direct Select tool) and maintaining the corner radius is simple enough. Unfortunately, during a recent office move the PC that had Illustrator crashed. We don’t have the hard copy of the software, and long story short, we’re not going to get it from the folks who do. The company can’t/won’t purchase a new version of Illustrator, so my only option going forward is Corel.

Opening the AI file with Corel breaks the rectangle into a group consisting of three distinct parts: blue rectangle with a stroke (as a curve), a separate stroke (as multiple curves), and drop shadow (as a bitmap). If using one of the pre-made rectangles, this isn't really an issue. The issue arises when my drawing is too tall for one rectangle, but would leave too much empty space (top and bottom) when using the next higher option. Unfortunately, vertically re-sizing the group causes the corner radius on the rectangle/stroke to distort.

Re-creating the rounded rectangle in Corel is simple enough; but despite hours of effort trying numerous combinations of presets, X & Y offsets, transparency, and feathering, I cannot match the drop shadow from the original AI file. I am beyond frustrated, as I would love nothing more than to have one rectangle that I could just re-size vertically as needed.

I’m hoping that someone here can help me either create a rectangle in Corel that will match the original, or perhaps just enlighten me as to how to make the one I have do what I want it to do.

Thanks in advance for any guidance/assistance, and my apologies for the novel.

For reference, the particulars on the rectangle (in Illustrator) are as follows:

Using the info in another post I stumbled across, I was able to achieve a very close match (see image). I finally settled on the following Corel drop shadow settings:

I'm still fiddling around with the exact color to use (true black seemed to be a bit dark), but I'd say it's a close enough match that I'm satisfied.

It seems that the "Direction" and "Edge" options were what I needed to adjust to achieve the desired results. 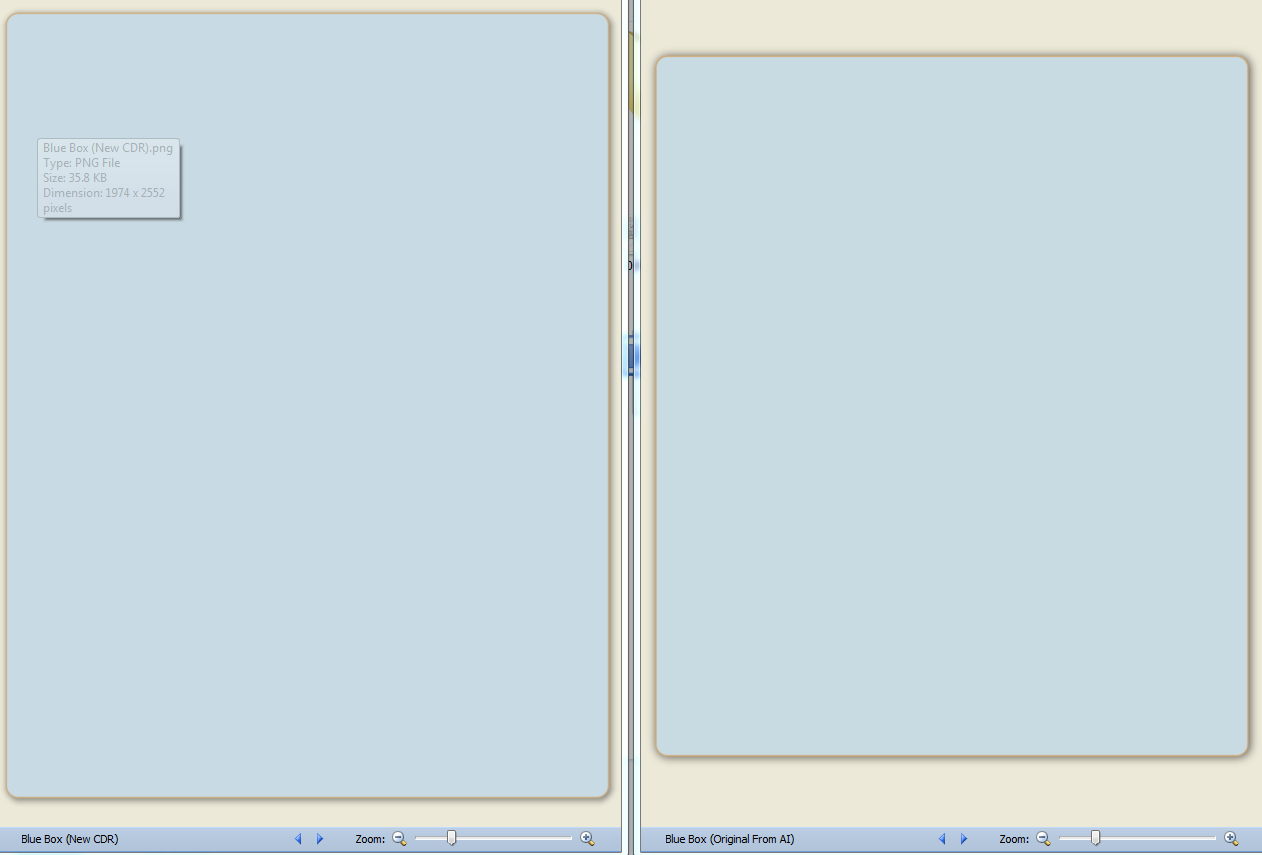 Not the answer you're looking for? Browse other questions tagged adobe-illustrator corel-draw drop-shadow or ask your own question.