I saw this page (shown below) on Facebook earlier and I found no results when I put it through WhatTheFont. 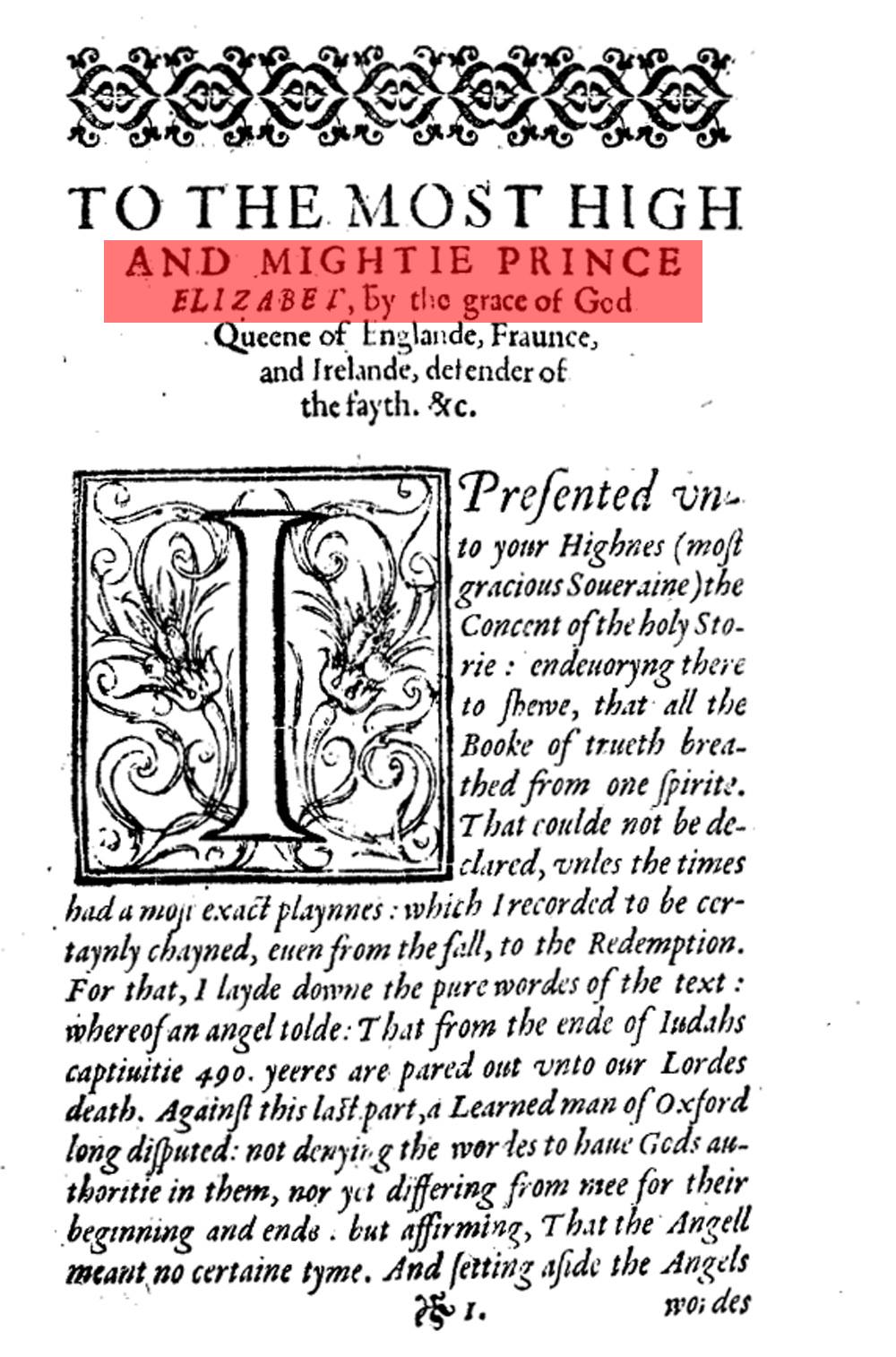 What are the Roman and Italic weights of type on this page?

It's important to note that because this was metal type, it'll be hard to find something that's exact. A lot of the roughness of the lettering has more to do with the metal type, ink, and paper. Type wasn't exactly standard in this era either, so it's possible that you'll never get an exact match. I'd be happy if you found one though!

That said, if you're not looking for an exact match, Jenson or Garamond would put you pretty close to where you want to be.

You can look into Bembo as well, but I think Jenson will probably be the best for you unless we can nail down some more particulars about this document.

To copy this, you could use some combination of the open-source fonts EB Garamond (this style, but the italic's a bit wide), the IM Fell revivals (copying the slightly different styles of the seventeenth century, but very good). Garamond No. 8 has the right italic “v” with a flourish. EB Garamond has a drop cap in the right style - you could also use Goudy Initials, which is not the same style but very good - and IM Fell has an ornament font for the arabesques at the top. Of those, IM Fell is distressed and EB Garamond is more cleaned up. If you have a Mac, it'll come with Hoefler Text which also comes pretty close and also has some nice arabesques. Hoefler Text's is one of the few modern italics to approach this level of compression.

This style is called "French Renaissance Antiqua" and this font was probably engraved in France some time between 1530 and 1570. Many fonts by Parisian engravers were used in London around this period. According to historian Harry Carter, many were the work of Pierre Hautin, whose nephew Jerome acted as his agent in London. (Really in this period all fonts looked very similar - when people talked about fonts what they meant was size, since every size was cut separately.) Historian Hendrik Vervliet has a wonderful book of fonts of the period so you can see what they looked like. This image seems to have five fonts: three sizes of roman (upright) type, two of italics, and also the fleurons at the top and dropcap initial.

For revivals, the italic body text is a bit difficult - there aren't a lot of revivals of that kind of very narrow, dense italic. Looking among revival fonts, most open up the italic a bit to let it breathe. Hoefler Text's is surprisingly close, though. Jenson is close, but the 'e' with a tilted centre stroke is a bit wrong - that went out of fashion from the 1530s onwards.

0
What are these elegant fonts from an old French adress
4
What's the name of this serif font from Art Basel?
1
What is this typeface with a very high A crossbar?
0
Help me identify a 'techy' sans-serif typeface used in a lost project
0
Some good fully-featured OpenType typeface for body text
4
How to know which second typeface should be used, given a contextual typeface?
0
Font Identification for script typeface
4
What does “Pica” mean in the name of a typeface?
2
Typeface identification: Garamond variant
1
circa 1900 Times-New-Roman-esque typeface with very short descenders