What font is used on the "Passengers" movie poster?

This is the poster in question: 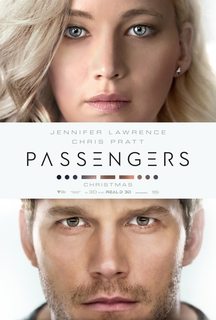 And here is a close-up of the font I'd like to know:

I would like to know what font is used here. Most font recognition engines can't see the "E" without the "Vertical Line" so it's hard for them to identify the font. I've also searched around for similar futuristic fonts but most of them have "curved edges", for example:

This probably is a custom type based on some different fonts. The basis seems to be Neutraface N°2 Medium and/or Aramis Light or SemiLight.

Inspiration also seems to be taken from Revival and maybe even good old Futura.

Someone took the time to recreate the font though, you can find it here.

You can get a similar effect with most fonts by using a Greek capital lambda and xi, as in:

I know it's not entirely what you're asking for but you might be able to get a similar effect, if it's the effect rather than the typeface itself you want.

Whilst the typeface Revival (http://www.revivaltype.com/) is not the font used (the G is quite different) it is certainly similar enough (including the very unusual "A" and "E") that it might well be of interest to you.

In my opinion the title here is modified Futura, this image :http://imgur.com/a/HQWgy shows Futura modified into this mark.