What methods to use to create a city map with buildings footprints and import into Sketchup?

I would like to build a 3D miniature of a city, and I think the best way to do that is to import an image to Sketchup and then use the 3D tools provided by the software. It works like a charm if I import the maps from OpenStreetMap (as also recommended here), but there is a problem. The city I'm interested in has only some main buildings in the city center but lacks many of them in other important areas (see the picture below). 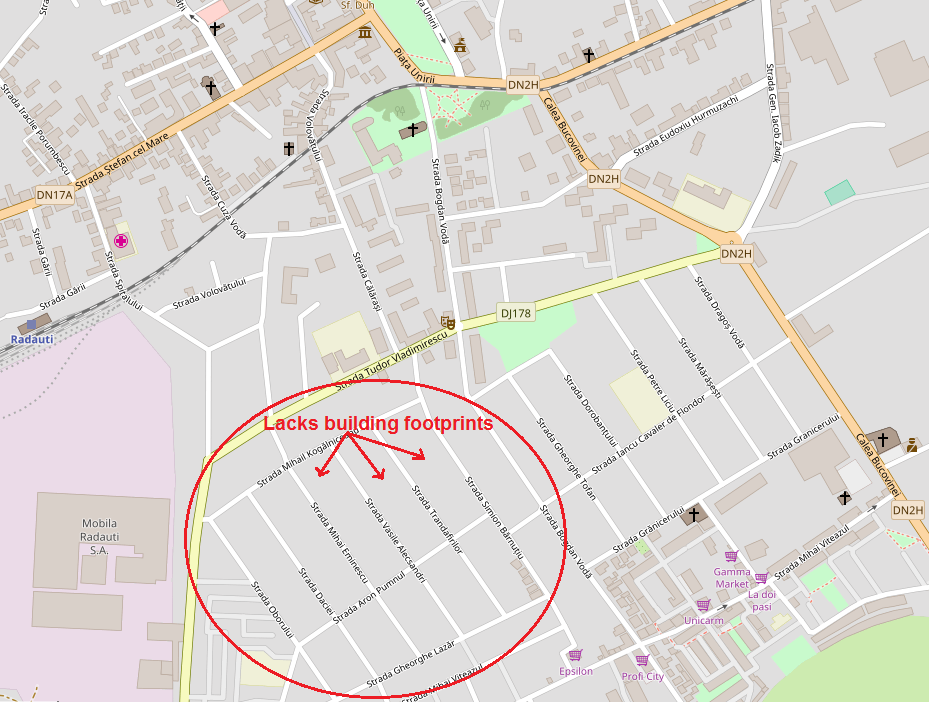 I've been trying to search for maps that would have all the buildings' footprints, but I fail to find one. I think the city is too unimportant to have such a complete map, so the only thing that comes to my mind is to find other artifices to do that. Google Maps sounds like an option, because it offers the satellite images of all the buildings but exporting the image as BMP would also include building shadows which would make it difficult to find the outline of the houses. But figuring out outlines would be very time-consuming and imprecise.

Can anyone help me to figure out what methods to use to extract such a complete map for getting all the buildings' footprints? I assume that I would have to do it with Google Maps Satellite View, but how can one remove the shadows and get the ground footprints/outlines?

You didn't search hard enough. I found this in a few minutes. The link to the Romanian ANCPI portal is: http://geoportal.ancpi.ro/geoportal/viewer/index.html 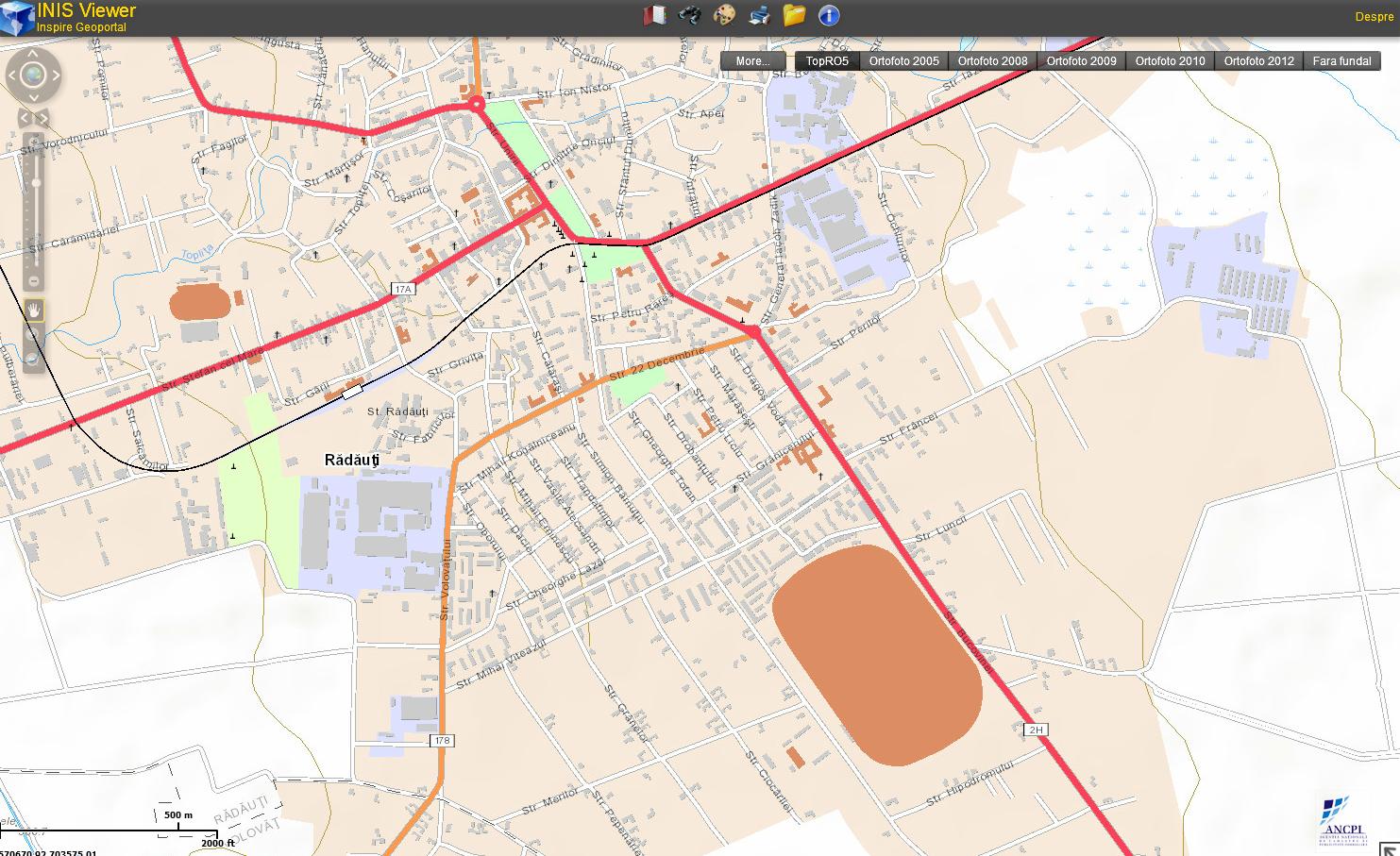 Short answer: look for GIS databases for the given municipalities.

I use QGIS (Quantum GIS) which is open-source and freeware, and widely used in academia and research and some planning & architecture firms.

Most GIS databases will have building footprints as one of the vector layers you can download and use - these can be exported out as DXF, which SketchUp imports quite happily.

If you don't wish to go to that level of rigour, then import a HR Google Maps. Bing or Apple Maps view, apply as a texture to a plane, and start drawing forms on that plane, and extrude them out the correct height for rough massing.

Not the answer you're looking for? Browse other questions tagged vector 3d maps sketchup or ask your own question.

10
How to create a customized city map

2
City map making (cartography) with GIMP.
10
How to create a customized city map
1
Importing highly complex(maybe vector) graphics[3D model] from PDF to Illustrator
20
How to create a map in Photoshop with hills?
0
Sketchup How To Create Two Rectangles and Stack Them on Each Other Without Being Sticky and Distorting and Locking Together?
3
How do I make the inner outline of a stroke have a gradient on my map?
0
Complex Wireframe to solid for use in Autodesk 2018
1
Is it possible to use a real life photo of a building in Sketchup and add 3D objects?