How was this distorted line text effect achieved?

The tapering of the white lines varies in severity and shape throughout. I'm guessing a lot of tinkering was involved here, but curious as to the general effect and how it's achieved. It's pretty stunning.

Anyone have an idea of how this could have been put together? 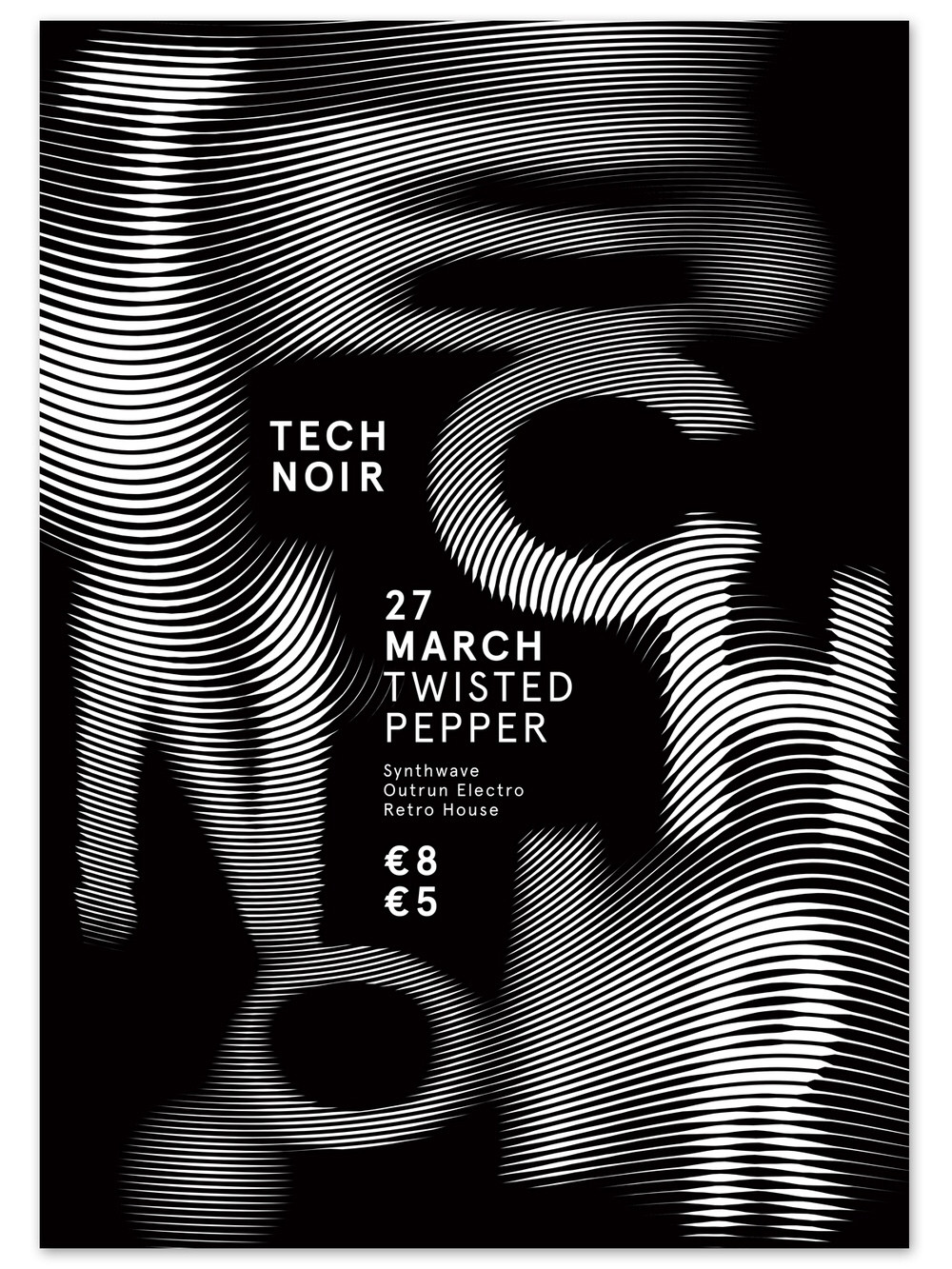 I believe this is half-toned and warped. One of the comments give a link to another case where half-toning is used.

We try here something resembling. Do not expect even a nearly exact copy - complex stuff like this is very hard to repeat.

In illustrator we have some 50% grey shapes (a circle + outlined letters). On the top there's a pattern of black curves. It's made with blending. 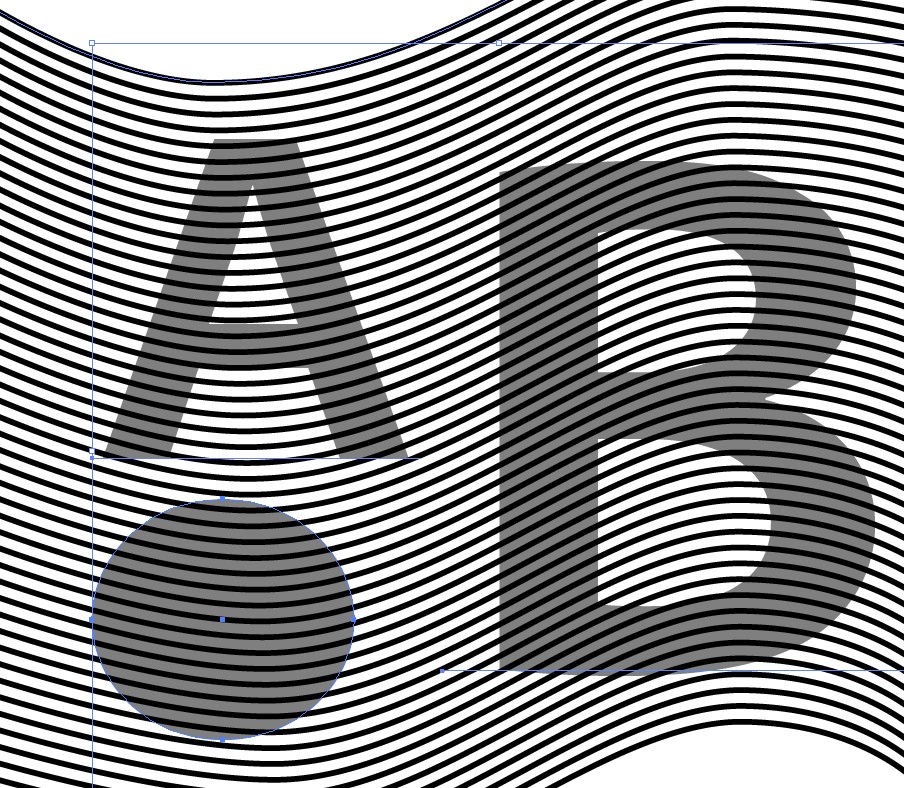 Next we give a heavy gaussian blur to the grey shapes: 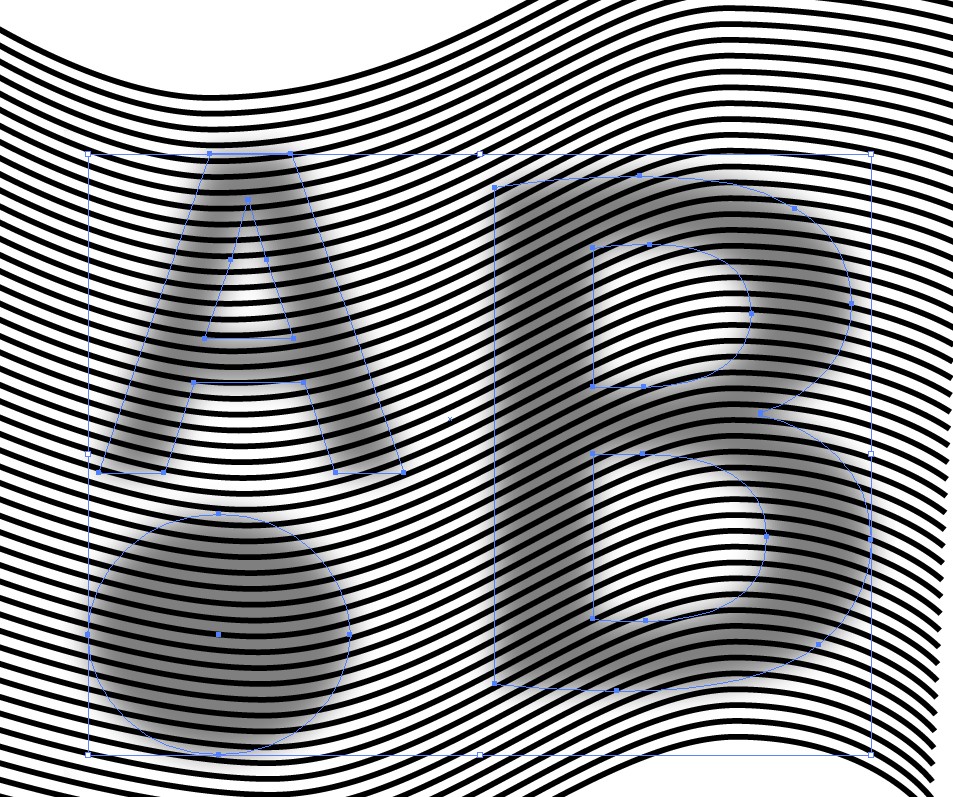 Black curves get also gaussian blur, but lighter to keep them visible. Blur radius is about half of the stroke width.

Half-toning is made by tresholding everything. Unfortunately we haven't it in Illustrator. We must rasterize all and make black-white live tracing instead.

Rasterizing must be in high resolution, a white background is added: 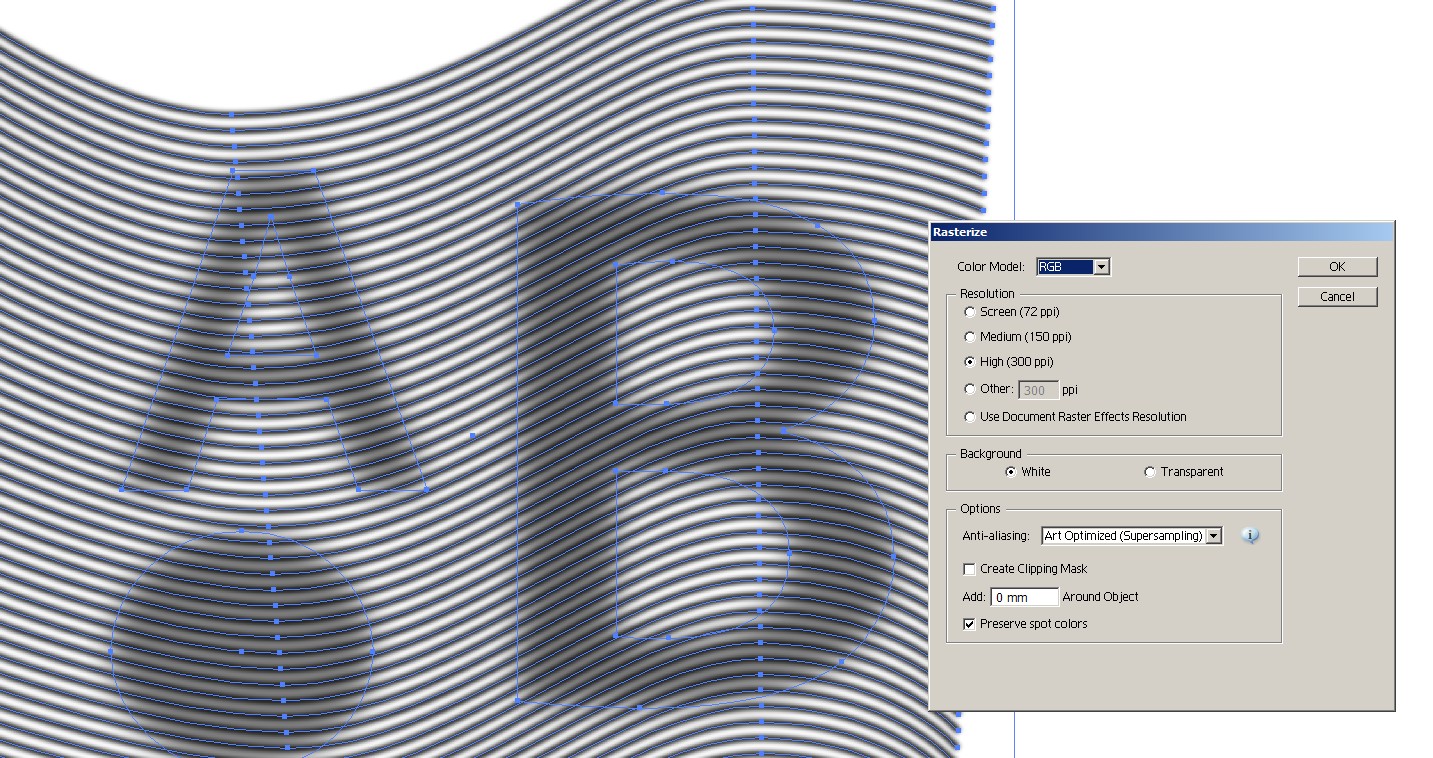 Live tracing to BW needs careful settings. White can be rejected here to get transparent background: 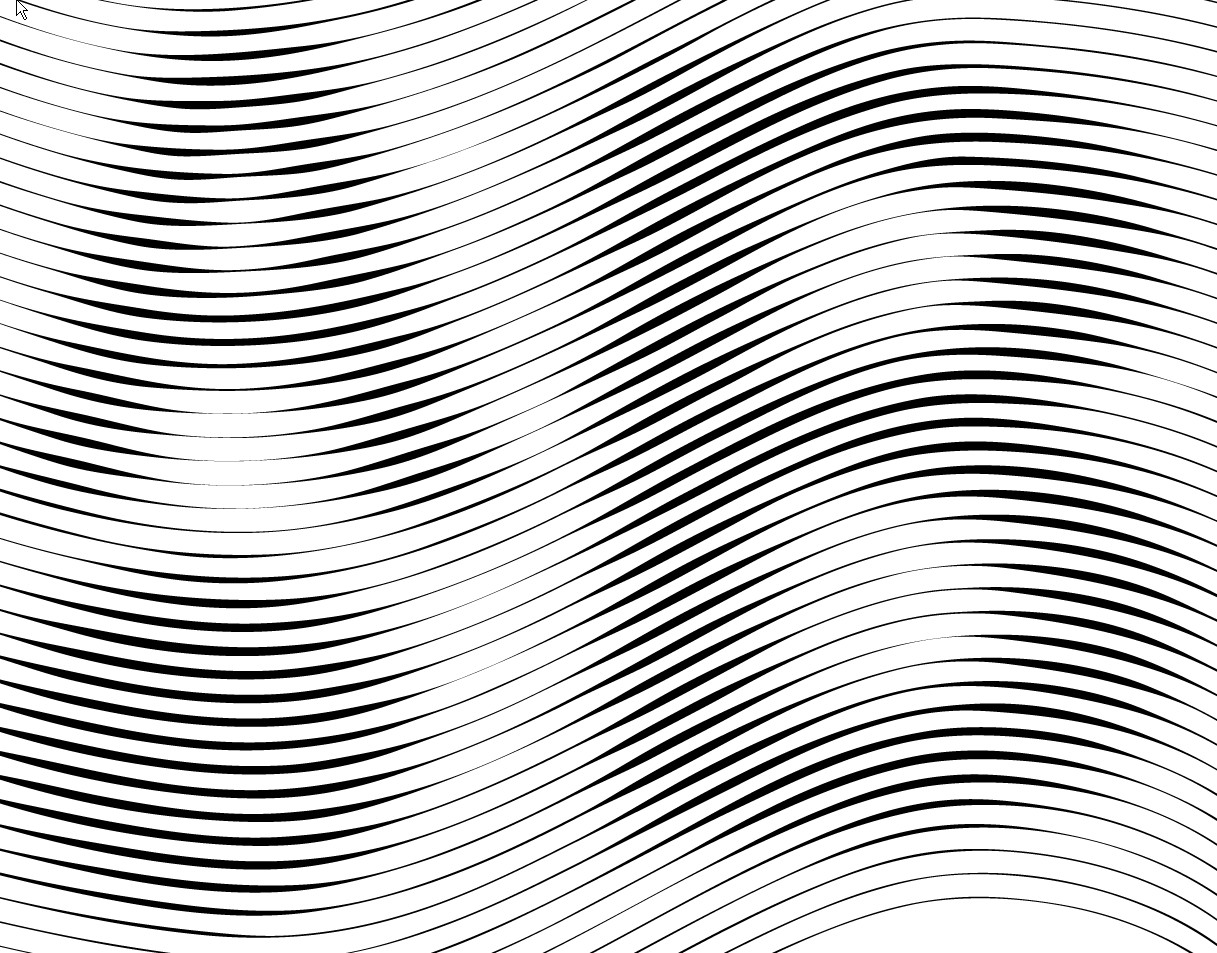 Warping after half- toning affects line densities. Illustrator has envelope distortion and special warping tool. We skip them and try Photoshop. We copy the result to Photoshop as a new pixel layer. In PS we have prepared a high resolution image with white background for this: 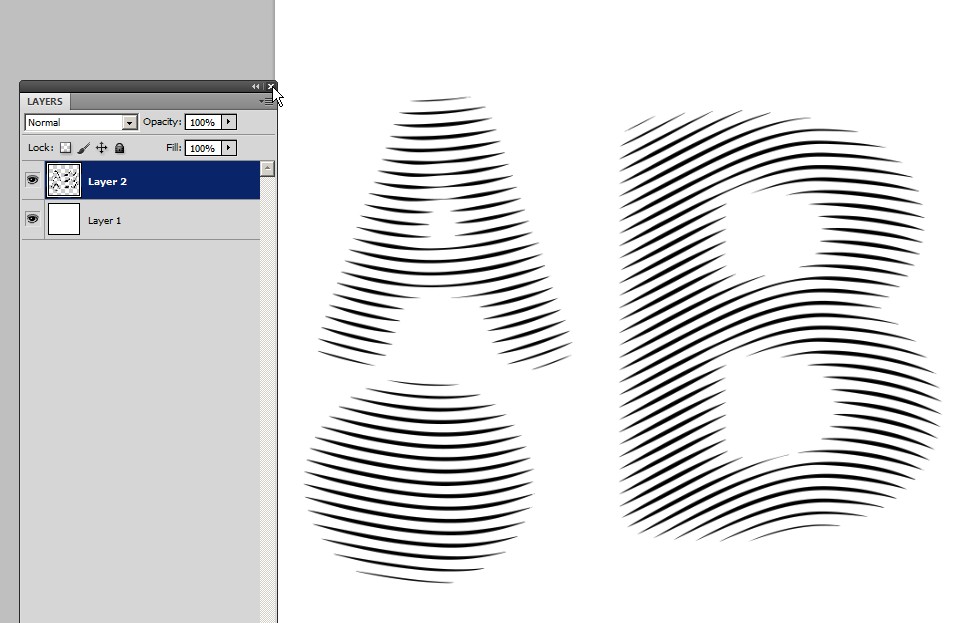 We make a few pushes and pulls with the Liquify filter, then we invert all colours and get our final result: 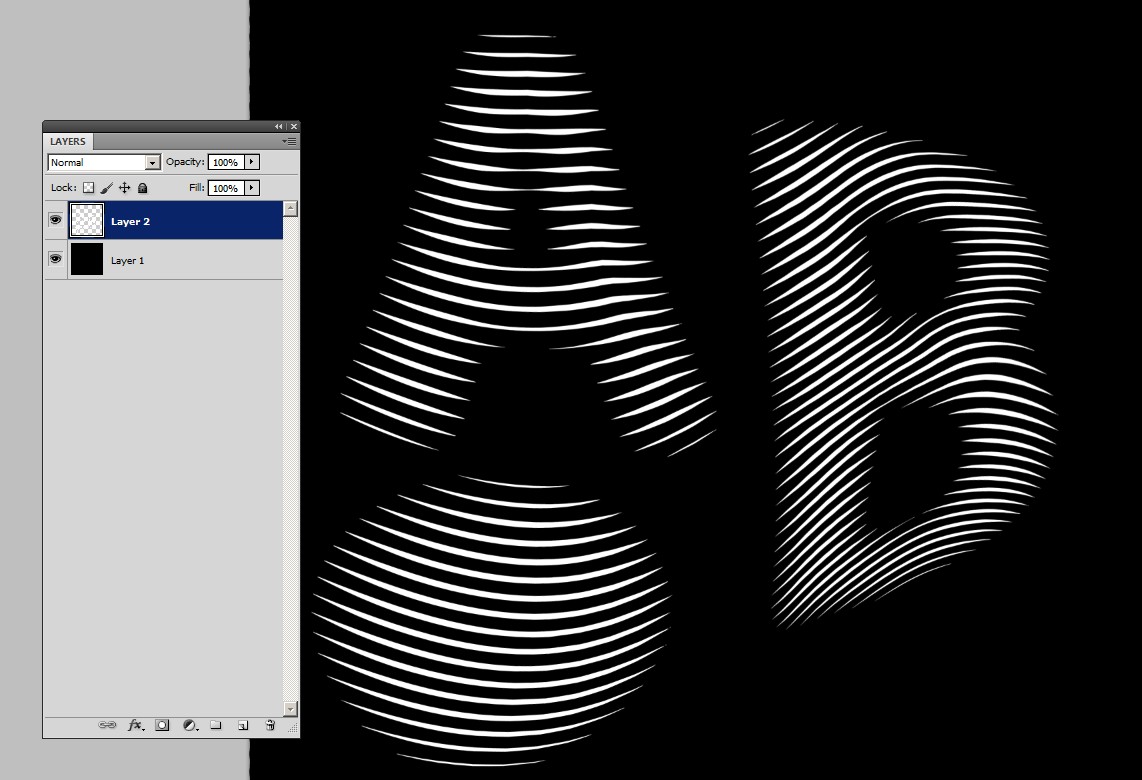 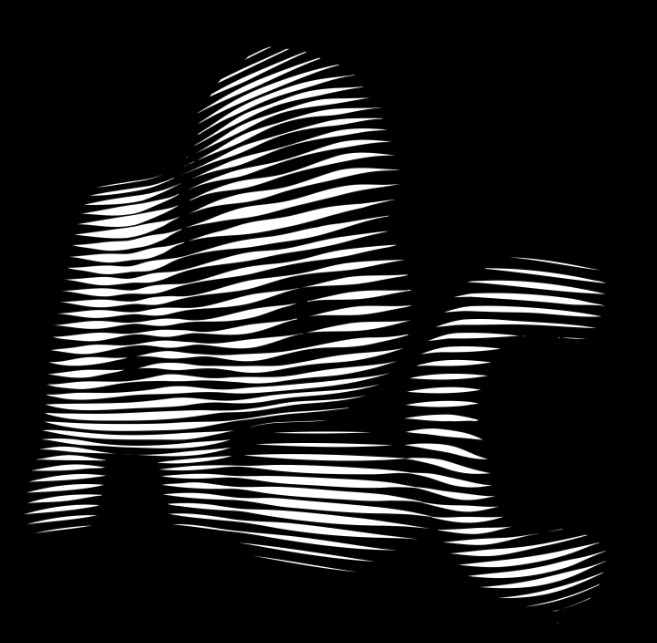 As said, not really the same as your example, but maybe gives a starting point. Your example has somehow ultra clever left-right antisymmetry, where line widths grow to up in left and to down in right.

Not the answer you're looking for? Browse other questions tagged adobe-illustrator print-design typography line-art posters or ask your own question.

0
How to reproduce this line effect

17
Illustrator now refuses to draw lines with stroke weight below 1 pt
6
Effectively creating this effect in Illustrator?
1
How to create shading effects for flat design?
5
How can this bitmap-style text effect be achieved?
1
Opacity problem over white object in Illustrator
3
How was this wavy line text effect made?
5
Beginner Question: Need a little help figuring out how to use golden ratio shapes to build a part of my logo
1
How was this paint texture achieved?
0
how to create this interesting vector
3
Typography/Character ID; Semicircle with bracket